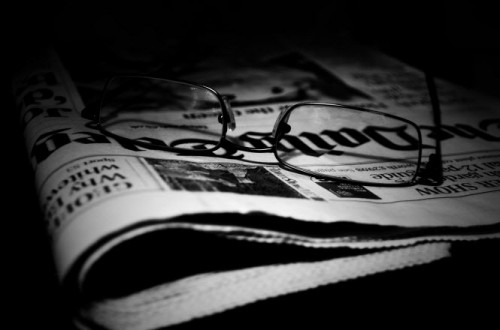 Do endorsements matter?  Many, myself included, argue that the most important aspect of an endorsement is as a signaling event.  A known entity gives an endorsement signaling to others which side of the fence is going which way.

Newspaper endorsements have been studied, and there is some evidence in empirical work that the editorial decision of a newspaper bleeds, albeit slightly, onto the news page (whereas in theory, the two are to be fire walled – separate and distinct).

In a small town like Davis, the endorsement of the daily newspaper becomes part of the campaign narrative.  I’m not convinced it is all that meaningful, except that the newspaper has tended to support new development and has generally been more favorable toward new housing projects than the voting population as a whole.

So when the Enterprise endorsed Measure A, the Nishi Gateway project, it was probably not seen as a game changer.  However, the developers were quick to trumpet the endorsement.

They highlighted three points: “The Nishi Gateway project is exactly the sort of development Davis needs: more housing (especially, more student housing) together with an economic boost to city coffers to continue funding all the features we love about our town.”

Second, “All five members of the Davis City Council support the project, as do the Davis Chamber of Commerce Davis Downtown and the Associated Students of UCD.”

Finally, “Add The Enterprise’s voice to the “yes on A” chorus. We hope Davis voters will join us in voting yes on Measure A.”

“The Enterprise has been covering Davis community concerns for over a century,” said Tim Ruff, managing partner for the Nishi Gateway Innovation Center. “There are few in this town who are more versed in community needs and who understand Davis culture better than those who work at the Enterprise. We’re proud that the Enterprise has acknowledged that Measure A aligns with Davis values, and we’re excited to have their support.

The developers note, “The Enterprise joins the Sacramento Bee, the Davis Chamber of Commerce, the Davis Downtown Business Association, ASUCD, all current city council members, and all city council candidates in endorsing Yes on Measure A.”

The editorial by the Enterprise did a good job of hitting on all of the key points.  They argue, “Our city has real needs, and this project will help address them.”

They note that “Davis voters have proved over and over that we don’t want to grow too big. We don’t want big-box stores or (heaven forbid) a mall right off the freeway.”

At the same time, they point out that citizens “like our amenities: parks, greenbelts, pothole-free roads … the kinds of perks one expects when plunking down $400,000 on a starter home. But the city’s narrow tax base, dependent as it is on auto sales, is having trouble keeping up with the infrastructure and services residents expect.”

This is a point that goes beyond Nishi, that the paper needs to hammer home time and time again.

Third, they point out the 0.2 percent apartment vacancy rate, calling the city’s rental stock “absurdly low” and reinforcing that “it’s becoming increasingly difficult for people who work in this town to afford to live here.”

The Enterprise argues that “we have twin problems,” that “Davis needs more revenue and more places for people to live, and it needs them without impacting the small-town feel voters cherish.”

They argue that Nishi Gateway is the solution to those problems – or at least a solution.

They acknowledge the challenges with the location, “from an air-quality and traffic perspective,” although they certainly underplay that aspect while adding, “Most helpfully for Davis as a whole, the Nishi Gateway project provides funding to redesign the Richards Boulevard freeway intersection. Project or no project, that intersection is a nightmare, and Nishi gives us the only chance of fixing it.”

The editorial goes on to note, “Developers also will pay for a new road through the project that connects Olive Drive on the city side with Old Davis Road on the campus side via an underpass under the railroad tracks, allowing UCD-bound traffic to bypass the Richards tunnel entirely and unclog our downtown streets.”

Again they acknowledge but downplay the challenges, “As for the opponents’ argument that the project will exacerbate traffic congestion, it’s written into the development agreement that no buildings — residential, retail or R&D — can be occupied until the traffic solutions are in place.”

I don’t know that I would agree that Nishi “gives us the only chance” of fixing the Olive Drive-Richards Blvd. intersection.  There may be other ways.  What we do know is that the developers are paying $23 million (see yesterday’s comments that only that is allocated), which we would struggle to get otherwise.  I don’t know that it fixes the intersection, but it certainly gives us a chance to fix the intersection.

The Enterprise counters the opposition in the latter portion of the piece, “IT’S HARD to get any project approved in this town. In this case, in addition to the usual, reflexive opposition to any sort of development, opponents of the project have resorted to a campaign of disinformation to try to sway the voters. When evaluating these claims, we have to make a distinction between what is a reason to oppose the project, and what is an excuse to bash something they weren’t going to support anyway.”

They add, “In public forums and in a lawsuit filed in Yolo Superior Court, opponents have continually accused the council of acting ‘illegally’ when it granted an exemption to affordable-housing requirements. They know this is nonsense; they know the council was perfectly within its powers.”  They argue, “The only reason to continually bring up this accusation (aside from maybe collecting legal fees from a lawsuit) is to delegitimize the project in the eyes of the voters.”

Finally they note, “Opponents claim, at least publicly, that a no vote on Measure A will magically lead to a ‘better’ project — greener … with more apartments but somehow less traffic. It’s not happening. This has been an eight-year slog through all the regulatory and planning obstacles. Voting no will put us back at Square One with no clear way forward.”

This is a strong argument by the Enterprise.  The opposition would be well-advised to lay out how we solve housing and jobs needs without this project.  It is pretty clear that a no vote will not take us back to the drawing board, it will end the development of a site, right next to the university and downtown, for two decades at least, maybe longer.

If the downsides of this project necessitate that, then we need another path forward. So far, I haven’t seen one offered by the opposition.

44 thoughts on “Analysis: Measure A Gets Key Endorsement from Enterprise”