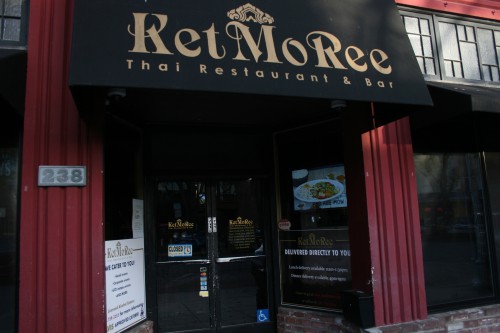 By Antoinette Borbon and David Greenwald

In a secret grand jury hearing recently announced by Judge Dave Rosenberg, an indictment was handed down on all six suspects arrested in connection with the slaying death of a Hacienda Heights man, Peter Gonzales, who was 23.

Mr. Gonzales reportedly died in the early morning hours of September 19, 2015, after sustaining a fatal stab wound to the abdomen. He was pronounced dead at UCD Medical Center, according to police accounts.

They were initially charged with first degree murder and gang-related enhancements. After several continuances for the proposed 15-day preliminary hearing, a secret Grand Jury was convened and heard testimony from 19 different witnesses. The Grand Jury indicted all six suspects.

Among the 19 witnesses were citizens within the Davis community. But authorities reportedly gave little attention to a witness who may have a very different account of what occurred that night.

The witness, whose identity the Vanguard is withholding for now, gave a chilling account of that night in September 2015.

It was a bloody scene, a man drenched in blood from “head to toe,” he explained, “running past me as he fled the nightclub.”

He described seeing an intertwined group, seven to eight people involved in an altercation. Bouncers quickly worked to break up the fight but, by that time, the lifeless body of Peter Gonzales lay on the floor.

“Girls were screaming and people were running for the door, it was crazy,” the witness recalled.

Two of the suspects were kicking and hitting Gonzales, even though he was not moving, according to the witness.

Still fresh in his memory is the blood-soaked clothing on a man he described to be that of Joseph Sandeno. Blood appeared only on the front of Sandeno’s clothing, “but so, so much of blood,” the witness asserted.

According to the witness, one of the Sandeno brothers was being protected by his friends. It appeared to him that Sandeno must have been the one on the bottom because of the drenched bloody clothing.

He believes that Sandeno was the one who stabbed Mr. Gonzales.

Video surveillance showed two men walking up to the door of the nightclub, veering inside while the incident was happening and immediately fleeing.

The witness told police he did not know the two men who veering inside and stated that “they ran a different direction than the other three suspects but I could not see much after that, the scene was crazy.”

The witness told the Vanguard that the officer he spoke with asked few questions and seemed more interested in the two men that he saw flee, who had nothing to do with the fight.  District attorney investigators apparently declined to use his statements and did not follow up.

All six defendants are allegedly known to be involved with the Norteños, a criminal street gang.  After serving search warrants on residences in Vacaville and West Sacramento, guns, drugs and cash were confiscated.

The Yolo County District Attorney’s Office filed a two-part amended complaint emphasizing the crime to be of criminal street gang nature, and they have upheld their decision to prosecute the case as gang-related criminal activity.

Defense attorneys were stunned last week when Judge Rosenberg announced that, instead of the planned 15-day preliminary hearing, their clients were indicted over the previous weekend in a surprise grand jury proceeding.

The DA’s office press release indicates, “All six men who were indicted are believed to have resided in Solano County at the time of the killing. It is alleged that all six men were affiliated with a Norteno criminal street gang at the time of the crime. The victim, who was visiting the City of Davis to participate in a family wedding, died after being stabbed in the attack.”

According to the indictment, 22-year-old Victor Vergara appears to have been the actual one to stab Mr. Gonzales.  The DA’s office adds a special circumstance allegation, indicating their accusation that he intentionally killed Mr. Gonzales as an active participant in a criminal street gang.  He is also charged with enhancements of premeditation and deliberation and personal use of a deadly weapon.

The others were indicted for murder, assault by means of force likely to produce great bodily injury and participation in criminal street gang activity.

According to reports, the victim, Mr. Gonzales, had been in Davis with his family to attend his sister’s wedding on that Sunday, September 20. The wedding party ended up at KetMoRee on Friday night. Mr. Gonzales was coming to the aid of his two brothers who had been assaulted in the bar. He was then fatally stabbed.

The murder has shocked the sense of many in the community, who are questioning current policies that have allowed restaurants like KetMoRee to convert to after-hours nightclubs. KetMoRee has been a popular late night location with college-aged crowd, but often has been the source of trouble in the form of fights and drunkenness.