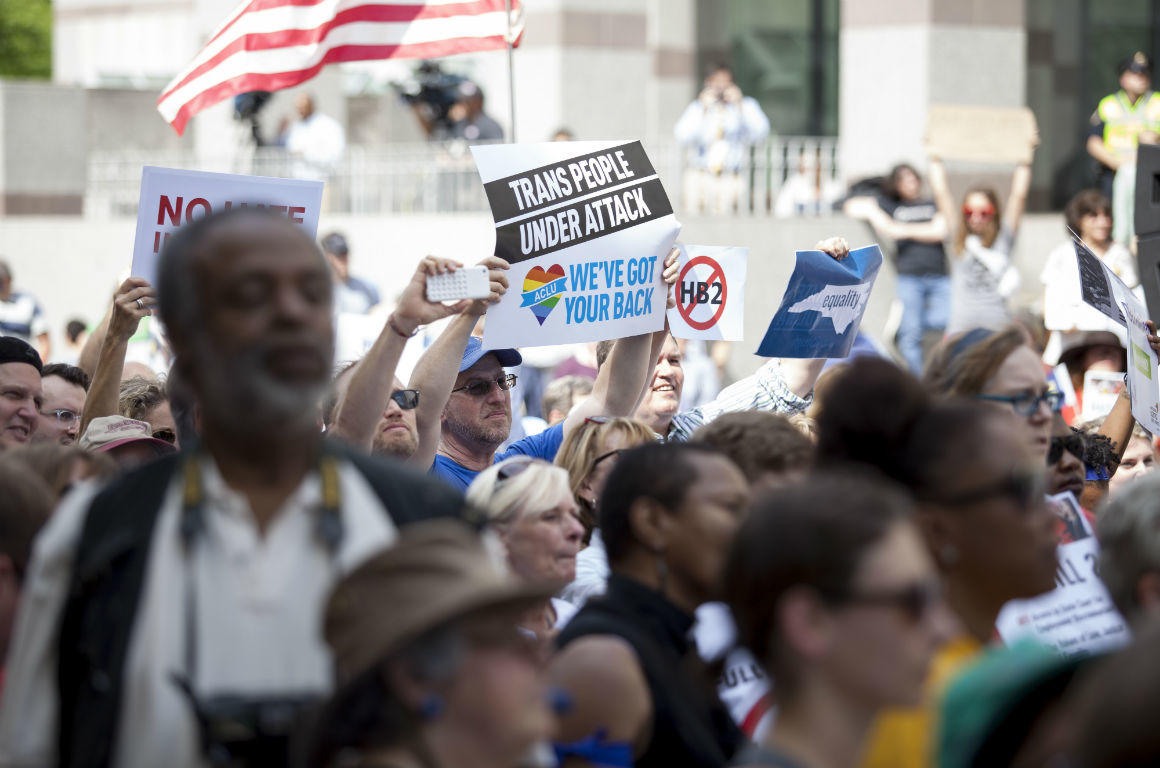 Over the course of the past few weeks, we have witnessed an escalation of anti-trans rhetoric, which is saying a lot for state legislative season that has fixated on where trans people go to the bathroom.

Amidst the vitriol and lies being thrown around about trans people, I worry that a few basic principles have been lost.

Here are five things to remember when talking, writing, or thinking about trans people:

Unfortunately, conversations about trans people often end up repeating harmful lies put forth by groups that have long worked to destabilize support and protections for LGBT people. When we repeat and reinforce these lies, we contribute to the social and political context where trans people face harassment, arrest, and violence for simply existing in the world.

We must look behind the rhetoric that claims that protecting vulnerable trans young people is somehow threatening the safety and privacy of non-transgender women and girls.

As a coalition of every major sexual assault and domestic violence organization in the United States explained in statement opposing anti-transgender laws:

“These initiatives utilize and perpetuate the myth that protecting transgender people’s access to restrooms and locker rooms endangers the safety or privacy of others. As organizations that care about reducing assault and violence, we favor laws and policies that protect transgender people from discrimination, including in accessing facilities that match the gender they live every day.”

In defense of North Carolina’s anti-transgender law — HB2 — and in opposition to the Obama administration’s claim that the law clearly violates federal anti-discrimination law, the lieutenant governor of North Carolina issued the following statement:

“To use our children and their educational futures as pawns to advance an agenda that will ultimately open those same children up to exploitation at the hands of sexual predators is by far, the sickest example of the depths the Obama Administration will stoop to ‘fundamentally transform our nation.’”

There is no agenda being advanced here except the movement to ensure that no group of kids is needlessly the target of bullying and harassment by lawmakers or others in their communities. By allowing young people to have access to the full educational opportunities available to their peers, we do not open children up to “exploitation at the hands of sexual predators.” That is precisely the lie that organizations working to end sexual violence have dispelled.

If we are concerned about predation in bathrooms, we should worry about young people of all genders and take steps to understand why and how adults in power — like former House Speaker Dennis Hastert, to choose just one example — exploit their power to hurt young people in their care.

But sadly, none of this is really about protecting children. This is about demonizing difference. And we should call it out as such, instead of pretending this is a reasoned debate between two sides about where people should go to the bathroom.

61 thoughts on “Transgender People Aren’t a Threat to You”