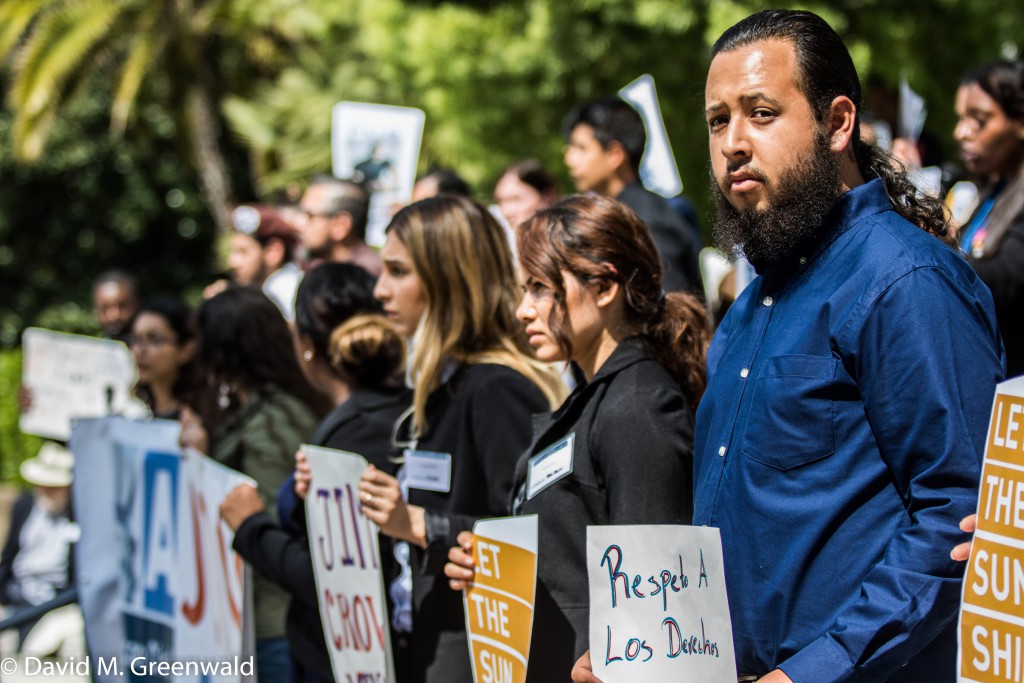 It is ironic that a bill meant to promote police transparency was itself killed by a single Senator in a most non-transparent process.  Senator Ricardo Lara is the chair of the appropriations committee and he simply skipped over the bill, preventing it from being called – effectively killing the bill for the rest of the session.

As the ACLU put it in a statement on Friday, a “blue code of silence to remain under California law.”

The ACLU wrote, “California, a national leader in upholding and expanding the rights of its residents, is surprisingly one of the most secretive states when it comes to releasing basic information about how departments investigate and address wrongdoing by peace officers, including racial profiling, sexual misconduct, and officer-involved shootings. On the other hand, states like Texas, Kentucky, Utah, and about a dozen others make these records public when a department finds that an officer engaged in misconduct.”

“Secrecy around serious allegations of police misconduct undermines public trust in law enforcement and jeopardizes the safety of our communities,” said Senator Mark Leno in a statement following the appropriations session.  “I am disappointed that the Legislature did not have an opportunity to weigh in on this critical legislation.”

He added,” When secrecy wins, the public loses.  Without SB 1286, confirmed allegations of police misconduct will continue to be obscured from public view.”

The Davis Enterprise, no bastion of liberalism, nevertheless recognized the need for reform, having dealt with UC Davis refusing to release information about the police officers involved in the 2011 pepper-spray incident and noted in an editorial last week that “in the aftermath the 2011 pepper-spraying of protesters by UC Davis police officers, the UCD Police Department not only refused to confirm the identities of the officers involved in the incident, it refused even to acknowledge whether the officers were on the force at all.”

They write, “The ability of police departments to shield themselves from scrutiny does not serve the public interest. Under current law, those who submit complaints against an officer rarely find out what happens after the complaint is filed. SB 1286 would permit complainants to learn about the disposition of their complaint and obtain information about the investigation, the findings and any discipline imposed.”

Former California Supreme Court Justice Cruz Reynoso was brought in by UC Davis to head a task force looking into the pepper-spray incident, and he was similarly frustrated by the lack of cooperation and ability to get access to police records – some of which were not even personnel records.  In 2014, he told the Sacramento Bee that community members in such cases confront a police “wall of silence.”

“It’s practically impossible to get that information,” he added. “The more we know, the better.”

But police officers’ unions disagree and, facing reelection this year, that was enough for Senator Lara to kill it – though some believe he would not have acted alone in this regard.

“Today is a sad day for transparency, accountability, and justice in California,” said Peter Bibring, police practices director for the ACLU of California. “Last year, 211 people were killed by police in California – more than in any other state – yet state law will continue to shield from public view the full findings of investigations into each and every one of these and all future killings.”

The vote comes at an odd point in time – as communities and police are rethinking their practices.  Communities of color, but also overall, are calling for more transparency and accountability.  For instance, a recent Pew Research Center poll found that only 30 percent of Americans and just 10 percent of Black Americans believe that police departments do a good job of holding officers accountable for misconduct.

“The committee’s decision is a slap in the face to the victims of police violence and brutality,” said Mar Velez, policy and organizing campaign manager with CURYJ (Communities United for Restorative Youth Justice). “One of the greatest disadvantages communities have when seeking justice in the face of officer misconduct and police brutality is access to information. While bad-acting police personnel enjoy an exorbitant amount of secrecy, communities are left in the dark.”

According to the Washington Post, unarmed Black men are a shocking seven times more likely to be killed by police gunfire than unarmed white men.  Whether these killings are justified or not, the community needs to be assured that there is an open and transparent accounting.

Former Davis Police Chief Phil Coleman made an interesting point in a comment this week.  He noted that, while police unions will oppose this kind of legislation for obvious reasons, “What is less known is that law enforcement administrators can find many advantages with public access to disciplinary records. Public support for principled police administrators would rise and, ultimately, labor-law restrictions unique to law enforcement would be modified. Chiefs and Sheriffs can then have the tools to make rogue officers go away, one way or another.”

Unfortunately we are going to have to wait at least another year before meaningful reform can occur on this front – that is another year where police shootings such as the one that occurred last week in San Francisco will have serious consequences not only for the community but also for police officers.  The fallout from that killing was the resignation of the San Francisco Police Chief – the question is, what is the next shoe that is about to drop?

15 thoughts on “My View: One Senator Able To Kill Police Transparency Bill”