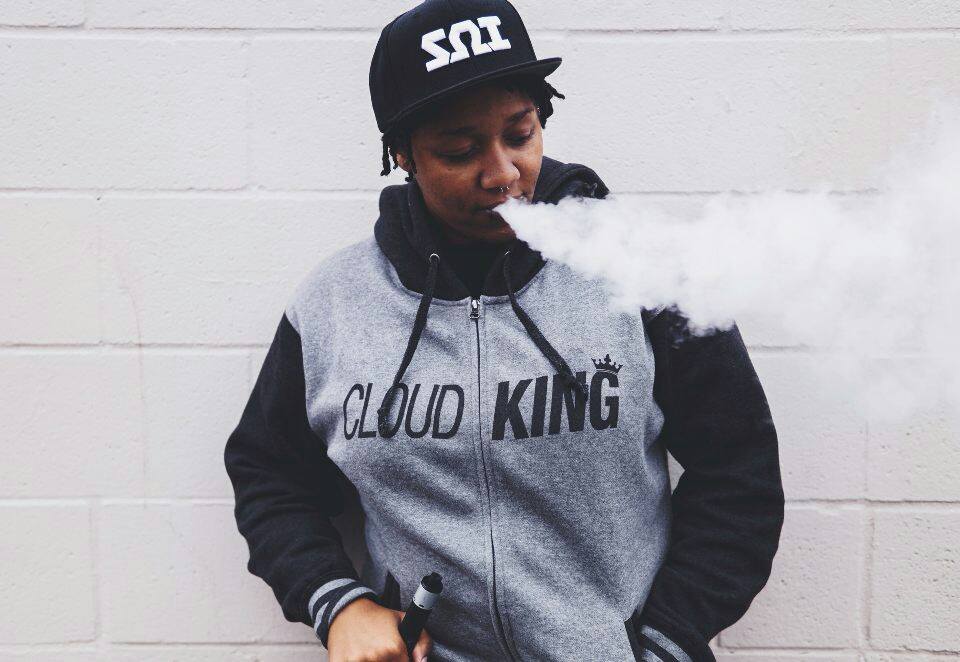 The social media of today is dominated almost exclusively by memes. Be they comedic, political, or just the light hearted ‘slice of life’ type, they have a ubiquitous presence on the internet. With our current phone obsessed culture, any moment of our lives could be videotaped by a stranger and put online for judgment. Whereas social paparazzi were at one time only relegated to the rich and famous, we are now living in a moment that can project us to the center stage without warning.

An uncompromising picture or video can make its way to the internet anytime and have grave impacts on our privacy. You can be out eating, having a bad day, or even just be checking out a customer at your job as a Target cashier (as the famous Alex from Target was doing). Instant celebrity can blast people into a strange domain of unforeseen, unsought spotlight. While this could be the opportunity of a lifetime for some, it also has the potential to ruin people’s lives.

We’ve all seen some of the famous reoccurring memes: the dancing baby, the boy band boyfriend, the ‘first world problems’ lady. While they have come to symbolize the various epitomes that now define their image, it is difficult to imagine these real life poster children as real life people. In the majority of cases, their pictures have been appropriated without their consent or knowledge. Once an image hits the web, it is impossible to control or retract. It is a permanent footprint that oftentimes leaves a formidable legacy.

Stockton native Sarah Merriweather experienced the shock of viral fame firsthand. Merriweather is a navy vet whose high pressure military job moved her all over the world. Her position as a cryptotech technician required her to decode signals from potentially hostile crafts approaching naval fleets. After her time in the service, she picked up vaping as a last resort alternative to replace the smoking habit she acquired to combat extreme stress.

After frequenting various vapor cigarette shops and hangouts, Sarah found a sense of community among other vaping connoisseurs. Her newfound interest transformed from a hobby into a full-blown career, and with time she began crafting vape devices and participating in events. She is even paid to partake in competitions and has several company sponsors. While her laid back California demeanor centers her into a state of perpetual mellow, her life took an unexpected turn that shocked her. Sarah went viral. 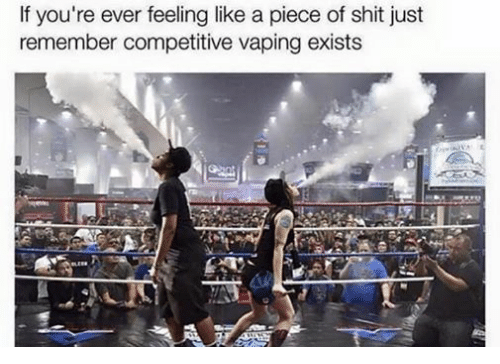 She woke up on a day in mid-May much like any other, yet something very out of the ordinary jumped out at her when she checked her phone. She had countless messages on social media and an overflow of tag notifications. She was suddenly confronted with an image of herself on her feed, only it was not a picture she had posted. Sarah’s photo had been made into a meme.

A picture of her at a vape competition had been commandeered and passed around the internet. The viral image of her competing was captioned with the text, “If you’re ever feeling like a piece of s***, just remember that competitive vaping exists.”  The meme was shared over a million times and featured on Men’s Health, WorldStar, Chive, Tumblr, Reddit and countless others.

“It was just so weird. I mean, I would never ever have imagined that I would be a meme. It’s just not something you think will happen to it. It’s something that happens to others. And the way I found out; my friends were saying, ‘Hey, I saw you on Instagram!’ and I had no idea what they were talking about. And when I  first saw it, it was just an ‘Oh My God’ moment. I looked at some of the comments on the original share and some were mean-spirited. Others were neutral or supportive, but there were a couple harsh ones. It wasn’t very nice. The majority of commenters don’t vape or they would never go to a vape contest, so it makes you wonder why they would care.”

While competitive vaping may leave a big question mark in the minds of some, those in attendance find a fun and relaxing experience in the modern spin off the old past time of smoking. Sarah equates the interest in vaping to the mechanical tinkering that couples the perfect execution of any competitive endeavor, be it a smoke ring contest or professional eating.

Vaping tricks boast visual illusions and various flavor combinations that attract many participants and spectators. Despite the large crowds she faces during competitions, Sarah would have never dreamed her photo would be seen all over the world by millions of people. “It’s gnarly because, in this instance, a picture turns out to be a lot more than just a thousand words. It spreads like a wildfire and it has the potential to really impact someone’s life depending on the gravity.”

As the shock of hitting the web is now starting to die down a little bit, Sarah reflects. “It’s scary how at any moment you can be publicized. I could choose to feel weird about it but honestly, I don’t really let it bother me. I like vaping and the people who come to these events can be like a big family, like any other group that gets together. There are a lot of ex-smokers and people become close. I’ve found it to be a really accepting community of people. I look at the meme as a misunderstanding of other people’s interest when it’s really just something that plain and simple isn’t for you.”

Others who did not take sudden internet fame so lightly have been deeply affected by it. The city of Davis found itself in the throes of its own viral episode when John Pike, the infamous Pepper Spray cop, gained international fame as his photo was superimposed onto thousands of backdrops as he casually sprays national monuments and timeless paintings.

Linda Katehi’s expensive purging off unbecoming memes and references is testament to just how damaging viral sensations can be for the reputation of a person or institution. Sarah Merriweather takes in all in stride. She has even come to see the upside of things. “Hey, out of all images to go viral of me- at least it’s a good picture.”

One thought on “Becoming a Meme: What It’s Like to Go Viral”