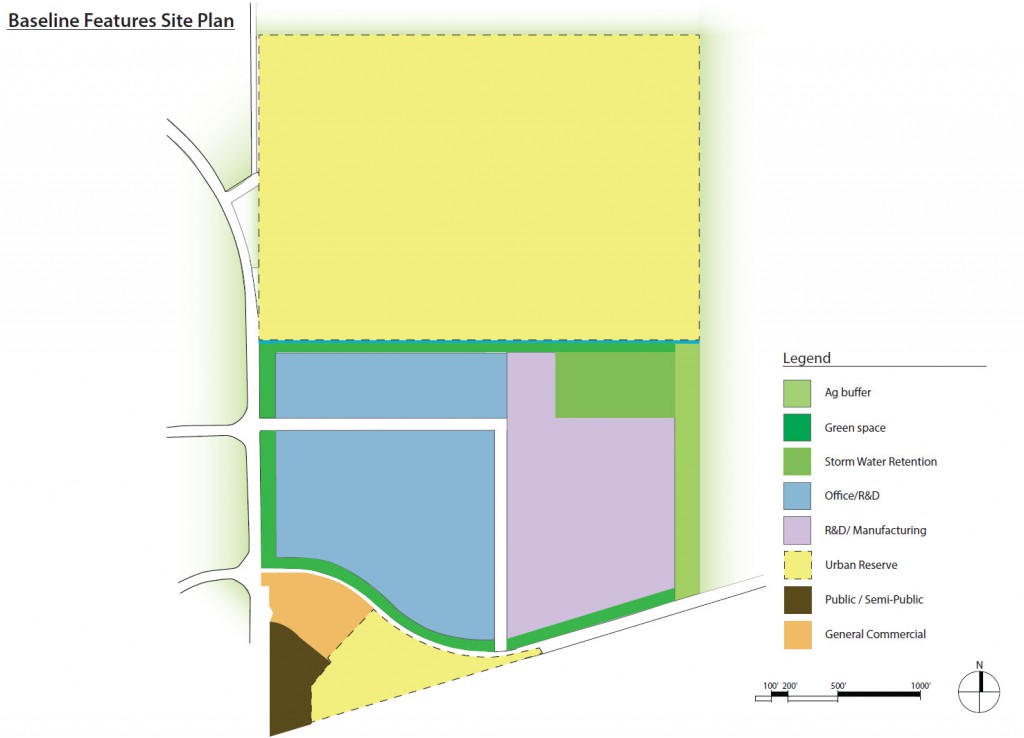 To say that council is skeptical that the developers of the Mace Ranch Innovation Center (MRIC) can come up with a viable proposal, in time to get a ballot measure on for November that can actually win, is a vast understatement.  But with Dan Ramos telling the council that it has to be November or there will be no proposal, the council reluctantly, after midnight, gave him one week to make his case.

Next week, the city would have to finalize a proposal to send to the Planning Commission, the Finance and Budget Commission would hear the proposal on July 11, and the council would have to make its final decision on July 12 (July 19 at the absolute latest) in time to have the County Board of Supervisors act on July 26 to put the matter on the November ballot.

Councilmember Brett Lee was a microcosm of the council as it moved late in the evening to figure out the best approach.  He went from stating that he is willing to wait and see in two weeks “what is baked” and “willing to keep an open mind,” he warned, “We would not be doing anyone any favors by just putting something on the ballot that’s just going to go down in flames.”

A few minutes later, after walking through the process, he moved to kill the process, arguing “the time frame is too compressed,” but finally he was willing to withdraw his substitute-substitute motion and allowed Dan Ramos and his team one more week to make their case for November.

Robb Davis, meanwhile, in general a strong supporter of the project and economic development, nevertheless worried about pushing this project through before it could pass a vote.

“I am not happy to be in this position,” he said.  He noted that there are two different voices in the community.  “They are apocalyptic on both sides.”

“Measure R is about a process, whether we like it or not,” the mayor pro tem explained.  “We get to propose and the community has to make a decision…  That’s how I understood Measure R,” he said.  “We vet projects, we.  We negotiate projects.”

“If I vote to send it there, then what I’m saying is… I believe it has merit for the city.  It’s not perfect…”  he said, arguing right now, “I sort of feel like I’m being a pass-through mechanism – don’t conceptualize Measure R that way. “

He said he thinks this will fail if this is the process.  “This compressed timeline doesn’t allow for (the process),” he said.

Rochelle Swanson felt that allowing these opportunities to die would tear this community apart, as companies that move here lose faith in Davis.  She said she hopes that “we can at least move it forward and have the conversation.  I’m not comfortable with the basic diagram that’s there.  They obviously have to do more.”

Like Robb Davis, she hoped that moving it to spring was possible.  She noted, “Please don’t kill it – give it a chance.”

But Robb Davis argued that “what’s most important is bringing forward a project that can pass.”

“It’s going to be difficult to nail down the level of difficulty that makes it possible to pass it on the ballot,” he said.  “I don’t think I’m going out on a limb to say this doesn’t have a prayer with the voters.”

He would add, “I have an optimism about this project.  I have a belief that it can pass.  But I know what it takes to pass…” Again, the mayor pro tem was arguing that this isn’t a project that can pass.

Robb Davis put forward a motion to exclude things that he believed would kill the project.

One of these was the urban reserve designation.  This was finally fleshed out by the city.  According to them, “The intent of the Urban Reserve designation in the General Plan is ‘to identify land for potential urban development after full development of the lands designated for urban uses on the General Plan Map or after the next revision of the Davis General Plan.  Designation of land as urban reserve in no way assumes the right or entitlement on the part of the owner to develop the land in the future.”

It was explained by Harriet Steiner, the city attorney, that this status in no way would assume that this land would get priority over other lands.

However, Robb Davis sees that the issue of the urban reserve did not gain the developers anything, as it would need another vote anyway to build on the land – he told them basically in a motion, and then orally, that they need to remove this request.

Second, he argued there could be no mitigation on city land.

Third, he argued that they need to preserve the ratio of land uses as currently proposed.  Right now, the proposal is 102 acres for office, research and development, and manufacturing uses – which consists of 1.7 million square feet of innovation space.

Finally, he argued there needs to be a fully formed sustainability plan.

While Robb Davis, Brett Lee and Lucas Frerichs all argued for the possibility that this process goes to a special election in the spring of 2017, Dan Ramos said it is November or nothing.  He requested they get a week to come back with an option that could go.  He explained, “November is crucial for us, March doesn’t work.”

Earlier, he had argued that the key was the full participation of the November electorate.

Robb Davis was reluctant to agree.  He argued that this is bad process and that he wants to send the voters something they’ll pass.  He said, “My desire is to get a project that can pass a vote.”

He said, “Growth is always going to be a divisive issue.  Measure A showed that.”  He argued that “there is no way to avoid that divisiveness with MRIC even if the process goes on for month and months – we can’t eliminate the divisiveness.”  He felt we had enough here to explore that it was worth it to have it come back for July 12.

With that, the council at 12:30 am agreed to have the process come back to the council subcommittee next week.  But there was not great hope that this process could be successful.