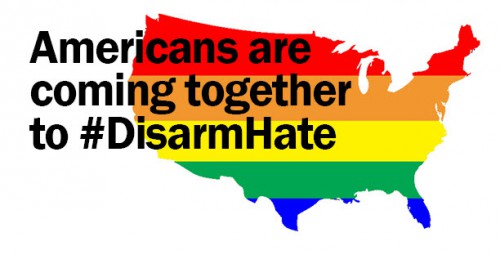 Omar Mateen kills 49 people with an assault rifle that was banned from civilian use until 2004.  It takes the 9th longest filibuster in the senates history, by a Marine vet, for debate to reach the floor – first debate and vote in a decade.

Free market gun advocates and their conservative politicians, on both sides of the aisle, are protecting a culture of intimidation and violence.  There is no restriction on the sale of the SIG SAUER MCX assault rifles like the one used in Orlando, there is no sanction on the company that licenses the manufacture of SIG SAUER – the Swiss owned holding company L&O Holdings. There is no law punishing the retailer who sold the gun. It’s against the law for the Federal government to study how to prevent gun violence. All because of a distorted interpretation of the 2nd amendment.

This has got to change and it has changed in California.  The legislature voted for establishing a firearm violence research center, the senate approved measures banning rifles with detachable magazines and requiring background checks for ammo buyers.  It’s still legal to buy a gun at a gun show and to trade a gun without a background check.