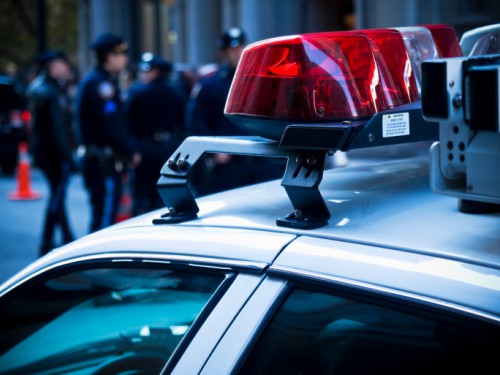 The talk of the legal world this week has been the scathing dissent offered by Justice Sonia Sotomayor in Utah v. Strieff, where the court majority ruled 5-3 that it was legal for police to search someone, even someone having been stopped without lawful cause, as long as an outstanding warrant was later discovered.

She writes, “The Court today holds that the discovery of a warrant for an unpaid parking ticket will forgive a police officer’s violation of your Fourth Amendment rights.”

“Do not be soothed by the opinion’s technical language,” she argues in a dissent, joined by Justice Ruth Bader Ginsburg, who also joined Justice Elana Kagan’s dissent. “This case allows the police to stop you on the street, demand your identification, and check it for outstanding traffic warrants—even if you are doing nothing wrong. If the officer discovers a warrant for a fine you forgot to pay, courts will now excuse his illegal stop and will admit into evidence anything he happens to find by searching you after arresting you on the warrant.”

The person in this case, Edward Strieff, walked out of a South Salt Lake City home where an officer stopped him, questioned him, and took his identification to run it through the police database.

It is not that the officer suspected that Mr. Strieff had done something wrong, he just happened to be a person who left a residence that the officer believed “might” contain “drug activity.”

The State of Utah concedes this stop was illegal.  However, the officer learned that Mr. Strieff had a “small traffic warrant.”  Therefore, he was arrested pursuant to that warrant and they discovered, at that point, methamphetamine in his pockets.  He was then charged with possession of drugs.

As Justice Sotomayor writes, “Before trial, Strieff argued that admitting the drugs into evidence would condone the officer’s misbehavior. The methamphetamine, he reasoned, was the product of the officer’s illegal stop. Admitting it would tell officers that unlawfully discovering even a ‘small traffic warrant’ would give them license to search for evidence of unrelated offenses. The Utah Supreme Court unanimously agreed with Strieff.  A majority of this Court now reverses.”

But, citing Terry v. Ohio, she notes, “When ‘lawless police conduct’ uncovers evidence of lawless civilian conduct, this Court has long required later criminal trials to exclude the illegally obtained evidence.”  The exclusionary rule, she reasons, “removes an incentive for officers to search us without proper justification.”

The key here is, “The officer did not ask Strieff to volunteer his name only to find out, days later, that Strieff had a warrant against him. The officer illegally stopped Strieff and immediately ran a warrant check. The officer’s discovery of a warrant was not some intervening surprise that he could not have anticipated.”

She continues, “To the Court, the fact that a warrant gives an officer cause to arrest a person severs the connection between illegal policing and the resulting discovery of evidence.”

She notes that the majority reasons “that the officer could not have exploited his illegal conduct because he did not violate the Fourth Amendment on purpose. Rather, he made ‘good-faith mistakes.’  However, Ms. Sotomayor responds, “Never mind that the officer’s sole purpose was to fish for evidence. The majority casts his unconstitutional actions as ‘negligent’ and therefore incapable of being deterred by the exclusionary rule.”

Most striking about the Court’s opinion is its insistence that the event here was “isolated,” with “no indication that this unlawful stop was part of any systemic or recurrent police misconduct.”

Instead, she counters, “Outstanding warrants are surprisingly common. When a person with a traffic ticket misses a fine payment or court appearance, a court will issue a warrant.”

In fact, after citing from several reports including the Ferguson report, she notes, “Justice Department investigations across the country have illustrated how these astounding numbers of warrants can be used by police to stop people without cause.”

In a single year in New Orleans, officers “made nearly 60,000 arrests, of which about 20,000 were of people with outstanding traffic or misdemeanor warrants from neighboring parishes for such infractions as unpaid tickets.”

She writes, “I do not doubt that most officers act in ‘good faith’ and do not set out to break the law. That does not mean these stops are ‘isolated instance[s] of negligence,’ however.”

Justice Sotomayor then draws on her own experience when she adds that “unlawful ‘stops’ have severe consequences much greater than the inconvenience suggested by the name. This Court has given officers an array of instruments to probe and examine you. When we condone officers’ use of these devices without adequate cause, we give them reason to target pedestrians in an arbitrary manner. We also risk treating members of our communities as second-class citizens.”

She continued, “Although many Americans have been stopped for speeding or jaywalking, few may realize how degrading a stop can be when the officer is looking for more. This Court has allowed an officer to stop you for whatever reason he wants—so long as he can point to a pretextual justification after the fact.”

She writes, “This case involves a suspicionless stop, one in which the officer initiated this chain of events without justification. As the Justice Department notes, supra, at 8, many innocent people are subjected to the humiliations of these unconstitutional searches. The white defendant in this case shows that anyone’s dignity can be violated in this manner.”

She closes with the following:

“By legitimizing the conduct that produces this double consciousness, this case tells everyone, white and black, guilty and innocent, that an officer can verify your legal status at any time. It says that your body is subject to invasion while courts excuse the violation of your rights. It implies that you are not a citizen of a democracy but the subject of a carceral state, just waiting to be cataloged.

“We must not pretend that the countless people who are routinely targeted by police are ‘isolated.’ They are the canaries in the coal mine whose deaths, civil and literal, warn us that no one can breathe in this atmosphere. ..  They are the ones who recognize that unlawful police stops corrode all our civil liberties and threaten all our lives. Until their voices matter too, our justice system will continue to be anything but.”