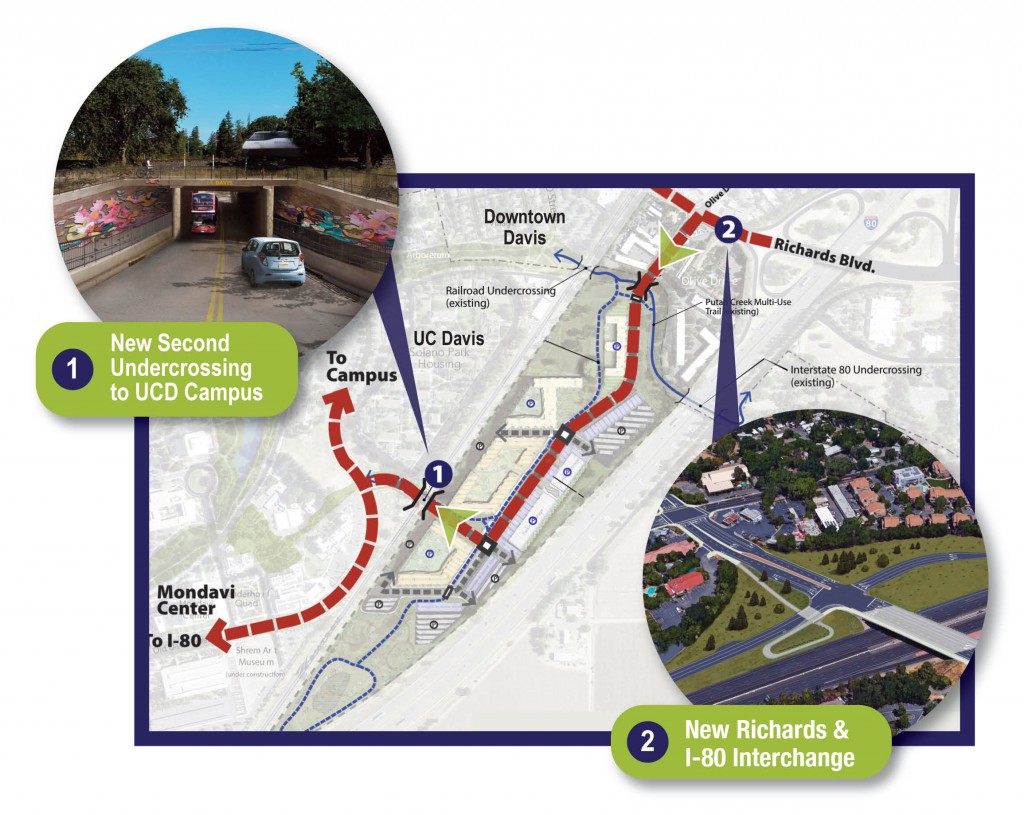 I’ve been having conversations, lots of conversations, with hundreds of voters interested in Measure A on the June 7 ballot.  Many have occurred at the ritual Saturday morning Farmer’s Market, others at Picnic in the Park on Wednesday nights, and many more on the doorsteps of voters all over town while precinct-walking.

My involvement with the Nishi Gateway project authorized by Measure A began with my volunteer service on the city Finance and Budget Commission. I endured nine months with my commission colleagues scrutinizing economic analyses of the project and posing hundreds of questions about the project to expert consultants. I have been involved in the past in our community’s favorite blood-sport — fights over land development – as both a proponent and an opponent at times depending on my judgments as to the merits of the individual project.

When, and only when, the applicant and the city signed a legally binding development agreement locking in significant positive fiscal and environmental benefits for this community, I pledged support and began campaigning for passage of Measure A. For the record, I have no financial interest in the project and no one has paid me a nickel to campaign for it.  I’m involved in this debate – as I am certain some of the project’s opponents are – for the good of this community.

My interactions “on the streets” with my fair-minded fellow Davisites have been fascinating and energizing. Whatever the voters’ decision, I feel comfortable that the project has been vigorously debated by our populace, which was the whole point behind the Measure J/R requirements for voter involvement in such projects.

The vast majority of the persons who have asked me questions about the project have had little interest in the bizarre and unfounded contentions by the No-on-A side discussed regularly on these pages. However, I am receiving lots of intelligent and reasonable inquiries about various aspects of the project on a daily basis. For you late undecideds who need still more information before casting your vote, here is a sample of some of the questions that I have often heard and their answers:

Why is the public voting on Nishi Gateway? A city ordinance adopted under Measure J (later renewed by Davis voters as Measure R) requires a vote of the public before farmland can be annexed to the city.  The Nishi land, which is now in dry non-irrigated farming, meets that criteria.

One set of traffic improvements estimated to cost $13 million—construction of a new and more direct route from Interstate 80 to the UC Davis campus—is to be paid for entirely by the developer. Traffic models show the new connection would divert some of the 6,000 faculty and student cars who are coming to campus each day via the Richards subway, downtown, and other city streets. This new road to campus will divert that traffic off Richards Blvd. making it easier for travelers to get downtown.

The second major set of traffic improvements includes the Richards Corridor. Nishi Gateway will contribute $5 million in developer fees to help pay for off-site traffic improvements—rebuilding the Interstate 80/Richards as a tight diamond interchange (like Mace Blvd.), an improved Olive Drive-Richards Blvd intersection, and improved West Olive Dr which will serve as a new by-pass road to campus diverting traffic away from the Richards tunnel. This will make it safer and easier for South Davis residents travelling downtown. Most if not all of the remaining money for the $10 million project can come from prior developer fees from South Davis projects and could include developer fees from the new Embassy Suites Hotel.  Voter approval of Measure A would greatly improve our chances of obtaining grants from the Sacramento Area Council of Governments (SACOG). SACOG is our regional planning agency which helps determine who receives such grants and is a strong advocate of the project..

The City Council is also seeking financial help for transportation improvements from the UC Davis campus in response to the university’s long-term planning efforts. If Measure A does not pass, there will be a $5 million dollar funding gap for Richards Blvd. improvements and conditions will continue to deteriorate.

How can we be sure the developer will stick to the terms of their deal with the city? Two sets of legal requirements protect the interests of the City of Davis. The first is the terms of the development agreement—a legally enforceable contract—signed by the city and the applicant.

The second set of protections, available because Measure A is going before voters for their approval, is the actual baseline project features tied to its passage. For example, at the urging of our commission, the city and the applicant agreed to ballot language specifying that city taxpayers will not pay for the “backbone” infrastructure for the project. In addition there can be no CFD funds for improvements such as used at the Cannery. This could only be changed if the voters modified this provision in a future election – something that would never happen.

A wide range of fiscal and environmentally beneficial provisions are locked in if Measure A passes. You can read the details starting on page 39 of our Sample Ballot.

When would the project be built? (Variation: why will it take so long?) One of the ironclad promises in the Measure A ballot language—you can read it for yourself in the Sample Ballot booklet—is that both sets of traffic improvements must be completed before any of the new Nishi development can be occupied.  Because these projects could take time to finance and build – maybe two to three years – it could easily be 3 to 4  years before anyone will be able to move into new housing or commercial space at Nishi. The actual timing will depend heavily on how quickly the traffic improvements happen.

Will the construction of traffic improvements near the project be disruptive to traffic? Most of the work on the new road connection to campus is internal to the Nishi site and will have only a minor impact on surrounding traffic conditions. But construction of roadway improvements, such as the new interchange, obviously can cause temporary delays but the traffic control measures and staging practices make the delays minimal. The tradeoff is well worth it to fix vexing traffic congestion problems that have been in existence for many years and that would continue to plague this community if Measure A does not pass.

How will the project affect bike routes in the area? There are good reasons why major bicycle advocacy groups testified in support of Nishi Gateway during public hearings on the project.  Nishi creates a new network of dedicated bike paths as well as a new undercrossing of the railroad tracks that will make it safe and simple for students and faculty members living there to walk and bicycle to campus. (It will also be built to handle double-decker Unitrans busses.) A bridge at the West Olive Drive entrance to the project will fully separate automobile traffic from our treasured Bike Loop bike path along the eastern edge of the property. Moreover, the reconfiguring of the I-80/Richards interchange that Nishi Gateway must help pay for includes a new dual-track bicycle path that will provide a much safer grade-separated crossing for persons bicycling to and from South Davis.

How will the project affect the city school district? An April 11, 2016 analysis prepared by the Davis Unified School District noted that the project will have a minor impact on school enrollments. Nonetheless, the district concluded that the project will generate $1.4 million in one-time school impact fees that can be used for school construction or reconstruction. It will also result in an estimated annual and ongoing payments of $97,803 to Community Facilities District #1 and $177,030 to CFD #2, which can be used for debt repayment and future school facilities projects. The existing parcel taxes would provide $114,696 in annual and ongoing funding for support of school programs, although this amount would go up if higher parcel taxes are approved this November. Finally, the project would generate $72,150 per year to help pay off an outstanding General Obligation bond for school facilities. This money would speed up debt repayment, saving money for taxpayers.

How can we be sure that the project will generate revenue for the city? If they build it, the money will come – as much as $1.4 million net fiscal benefit to the city annually at full build-out, plus millions of dollars in one-time funding, that could help alleviate future pressures for tax increases.

How can I be so sure? The state Constitution, other state and city laws, and the fiscal guarantees written into the Measure A ballot language ensure we will receive more property tax, sales tax, parks parcel tax, gas tax, property transfer tax, business license tax, and assessment revenue. Our commission found that the additional costs for public agencies to provide fire and police service to the new infill space will be low, as did the Nishi EIR certified by city officials, which is what one would expect for an infill project of this nature.

The fiscal benefits are not speculative but real. This is straightforward math, much of it resulting from the $300 million in increased assessed valuation of the property upon its construction. This project will also mean more money in the pockets of the county, the community college district, and other local agencies without a tax increase.

How do we know that students will live in the rental housing? The location of the Nishi rental housing is much closer to campus core classrooms than the West Village housing the campus has built on the other side of Highway 113. Apartment complexes adjacent to campus draw primarily students and that’s where they should reside within walking distance of their classes.  I compared the estimated rents for Nishi units with those for existing UC Davis student housing. I found that Nishi units would be generally equal to or less expensive to rent, especially where students double up in units to hold down their housing costs, as is frequently the case.  In addition, living without a car cuts down on living expenses considerably. My special expertise here: my wife and I have already footed the bill to put two kids through college at two UC campuses, and number three starts at another UC this fall.

I have weighed the overall pros and cons of this project, and am convinced it will help us meeting our city’s fiscal challenges, create important new opportunities to diversify our economy, and result in smart infill growth to meet our critical needs consistent with Davis’ environmental values. If you have not already done so, please vote yes on Measure A.

9 thoughts on “Guest Commentary: Last-Minute Questions about Measure A? Here Are Some Answers”