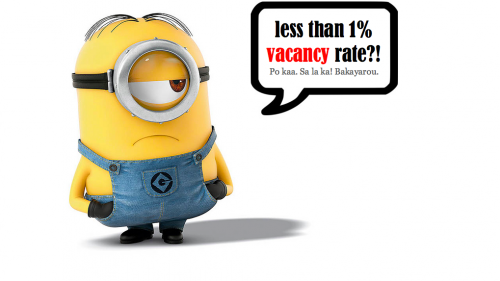 Imagine paying 4.29% interest in monthly housing costs without accumulating any value for the property. Many students attending UC Davis are doing just that, using their student loans to pay the ever-increasing rental prices both on-campus and off. Add student loan interest to the average cost of a market rate two-bedroom apartment, and students are paying an additional $230-$465 annually depending on the number of housemates they live with.

None of this is new. Since UC Davis opened their doors to students in 1905 the City of Davis has fought to maintain its small town appeal by limiting the expansion of housing. What is new however, is the citywide discussion around the Nishi Project (Measure A), which seeks to amend its land-use designation from Agricultural to a modified University-Related Research Park with for-sale condos, student-oriented rental units, and research space. This measure, appearing on the June 7th ballot, has amplified an ongoing conversation about the lack of housing in the City of Davis and has provoked many to ask who is responsible for building housing for our growing student population?

Given the City Council’s smart growth land-use planning philosophy and the University’s ever increasing student body, Davis has always had limited housing vacancy. But the cause for concern has elevated. Davis is experiencing the same housing crisis that is taking place in the Bay Area and across the state. There is insufficient affordable housing available for renters. With less than 1% of rental units available and an estimated student body increase of 9,000 students in the coming years, housing needs to be addressed now.

Measure A has been criticized by many for creating costly student-oriented housing. The proposed 410 units intended for student housing have been compared to West Village, unaffordable and inaccessible to students attending a land grant university. While environmentally friendly and close to campus, market-rate units remain unaffordable for students. Despite its shortcomings, Measure A is one of several efforts the city is supporting to address the lack of available housing. In addition, the city is building more housing through infill and new apartment construction projects, but is limited by available land sources and local disdain for building new housing.

UC Davis on the other hand has many MANY acres of available land to develop at their own discretion. To be sure, the university does have a long-range development plan which outlines future housing construction, but the university has a poor track record for meeting its housing development obligations. For instance, in 2014 Orchard Park was closed for redevelopment and scheduled to reopen in 2016. The University has yet to begin construction. Orchard Park, a habitable property, has remained vacant for two academic years. UC Davis has failed time and time again to provide sufficient student housing.

In a balanced household budget, no more than 30% of one’s monthly income should go towards rent. With low supply and high demand, UC Davis students are paying much more than that. Join me in urging UC Davis Acting Chancellor Hexter (officeofthechancellor@ucdavis.edu @ucdavis), UC President Napolitano (president@ucop.edu) and the UC Regents (regentsoffice@ucop.edu) to invest in student housing at UC Davis. These leaders work on behalf of the students and need to hear from you. Email and tweet them demanding more affordable student housing and please include what percentage of your monthly income pays for rent.