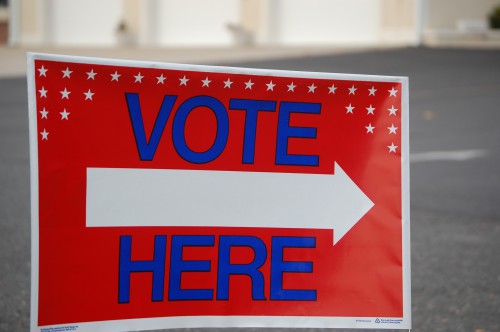 It seems like this is a perpetual exercise locally, given that we don’t have polling to guide our way.  These are my best guesses as to what is going to happen tomorrow night.

City Council:  From the start, just about everyone has seen the race as Will Arnold, Brett Lee and Lucas Frerichs winning, and Matt Williams finishing perhaps a somewhat distant fourth with Will Arnold finishing first.

My view hasn’t changed that much on this – perhaps the most uneventful council election since I have been following them dating back to 2002.  I will point out a couple of interesting caveats.  First, while I still believe Will Arnold will finish first, he has clearly been coasting a lot more than you might expect.  His campaign finance haul of just over $17,000 is frankly not impressive and he has oddly backed it up with $26,000 of his own money.

That is a lot more money than anyone has spent in recent elections and the total of contributions is not very impressive.  Can Lucas Frerichs or Brett Lee top him at the polls?  Perhaps.  I would still put Will Arnold as the favorite to finish first, but he didn’t exactly sprint to the finish line here.

That brings us to Matt Williams.  Matt Williams was a clear underdog the moment that Will Arnold announced, and his only chance was to put together a team like Joe Krovoza (2010), Brett Lee (2012) and Robb Davis (2014).  He didn’t.  Perhaps a secondary chance would have been to pull a Susie Boyd and become the only candidate to oppose Measure A, on the grounds that it was premature.  That’s clearly what some in the No on A camp wanted, but not what he delivered.

Measure A: While Measure A has been contentious, as any land use vote, driving around town, I wonder how deeply that divided sentiment really goes.  If you talk to either side, they believe, I think honestly and legitimately, that they are going to win.  For me this is still a coin toss that could go either way.

So has that changed?  One thing that was interesting about yesterday’s finale piece from the campaign was who signed on to the yes side: Lois Wolk, Mariko Yamada, Brett Lee, Bob Black, Jerry Adler, Ken Wagstaff, Bill Kopper and Will Arnold.  It is interesting in that you have several of the old guard council from the 1970s.

But to me, most interesting is that Mariko Yamada, Brett Lee, Ken Wagstaff and Bill Kopper all opposed Measure X.  In fact, Brett Lee and Ken Wagstaff were in the leadership of No on X.  So, you have Michael Harrington, who also opposed X, saying that this is the worst project ever, and you have four current or former electeds voting otherwise with their feet.

That is a coup for the Yes on Measure A side, but, ultimately, it is unclear looking down the list of endorsers how many converts there actually are.  In the end, I think this is far closer than any previous Measure J/R vote.  It will come down to two factors that we cannot predict.  First, how do the less engaged citizens vote?  Second, how many college students will come out to vote for Bernie and then cast their vote with Yes on A?

From the start, it seemed like the candidacy of Bernie Sanders would be a huge wild card in determining whether A would pass.  Given that Bernie Sanders is fighting to the end and came to UC Davis last week, that could be enough to push A over the top.  Stay tuned.

3rd Senate District:  I have known Mariko Yamada since 1998 when I was the Field Director for Mark DeSio’s state Senate campaign and she was the office manager for the coordinated Democratic campaign.  I didn’t see her political campaign coming back then, and I certainly didn’t believe that she would win in 2008.

That said, this is a different sort of campaign than in 2008.  Bill Dodd, even without the independent expenditures, is a formidable opponent.  A few weeks ago, I put her chances of winning as slim.  Since then, I have heard from her side that they have polls showing it to be close, but Dodd’s campaign strongly disputes that notion.

However, the question at least for now isn’t whether she will defeat Bill Dodd but rather whether she can finish ahead of the Republican in the race and finish second – thereby making it to November.

4th Assembly District: This has been probably the surprise campaign and it has less to do with the candidates and more to do with the millions that independent expenditure (IE) campaigns have pumped into the race, with the majority for Cecilia Aguiar-Curry.

I have been told that the polls consistently show County Supervisor Don Saylor running fourth.  My take at this point is that Dan Wolk will likely be in the top two and the question is whether Ms. Aguiar-Curry can beat out the only Republican, Charlie Schaupp, for second.  With Donald Trump having wrapped up his nomination but Hillary Clinton and Bernie Sanders still battling, even though it appears Ms. Clinton will be the nominee, that might give a small surge of Democratic voters and help Ms. Aguiar-Curry face Dan Wolk for the general election.

A friend of mine had this take: Dan Wolk, they say, has been a bitter disappointment as mayor.  Very weak in his opinion on the issues, rarely showing initiative or even participating.  His colleagues often audibly complain, at least in private, that he comes to meetings ill-prepared.  At the beginning of the campaign, they were strongly leaning toward Cecilia Aguiar-Curry, noting her strong record in Winters.

That has changed, mostly because of the strong conservative interests backing her for office.  They not only fear that she would be beholden to those interests, but also that by allowing those forces to win, it will set a bad precedent and open the door to watering down the process.

From their view then, voting for Dan Wolk is the best way to keep the process clean and stand up to millions of conservative dollars seeking to water down the Democratic Party.

In both the Senate and Assembly races, the stakes are high.  If the Republican finishes in the top two, the Democrat will have an easy race to victory in two heavily Democratic districts.  But if it ends up being two Democrats, each figures to be a real battle.

I suspect that Bill Dodd would beat Mariko Yamada in a one-on-one race, but I think Dan Wolk would have a tough time against Cecilia Aguiar-Curry.  One thing to watch, if you end up with Ms. Aguiar-Curry and Mr. Schaupp combining for more than 50 percent of the vote, Dan Wolk is likely in trouble in the general.  We’ll have to see.