Lacking the money and resources to unleash a barrage of closing mailers, the No on A campaign has gotten creative with a series of memes – photos that some may see as humorous and others will see as vicious attacks meant to challenge the Nishi Gateway project and illustrate their campaign. 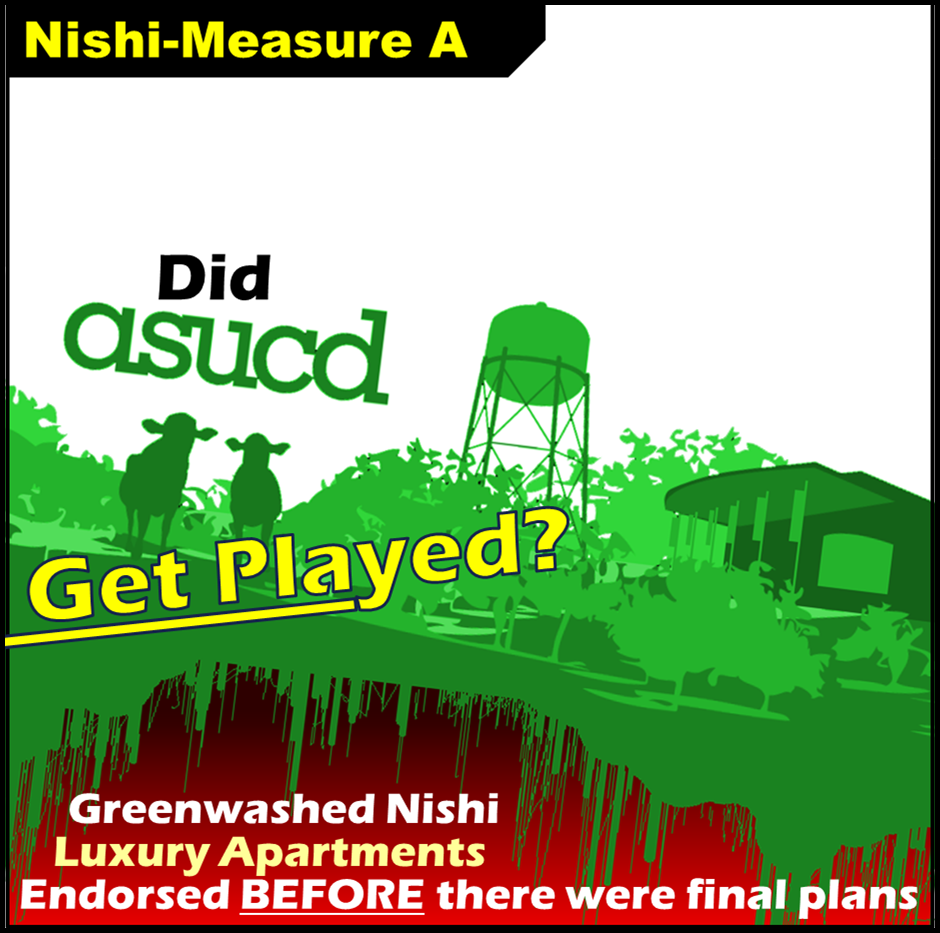 This refers to an article that was published in the Vanguard: Was ASUCD Used by the Nishi Developers?  As the Vanguard would point out in a follow up article, the senators got an early presentation from the campaign and made the decision on that basis.  On the other hand, the No on A campaign, in four months, never challenged it or asked for a reconsideration. 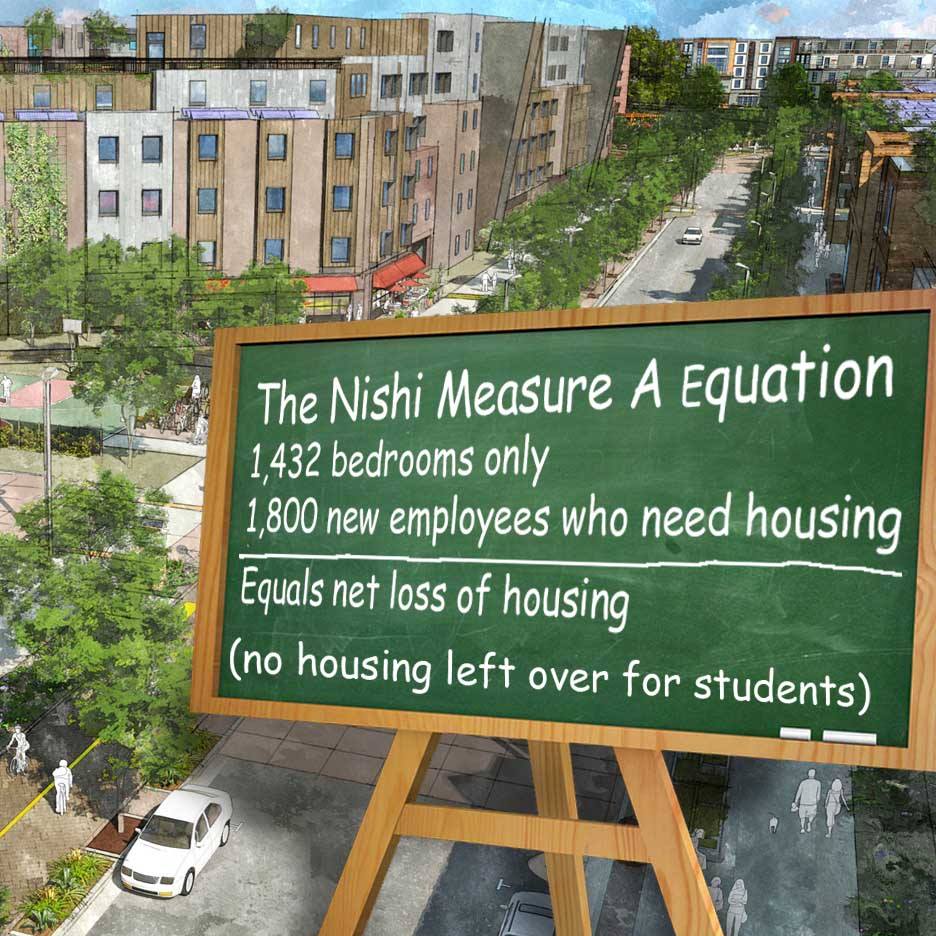 This is a late attack that the projected employees create a net loss of housing in the project. 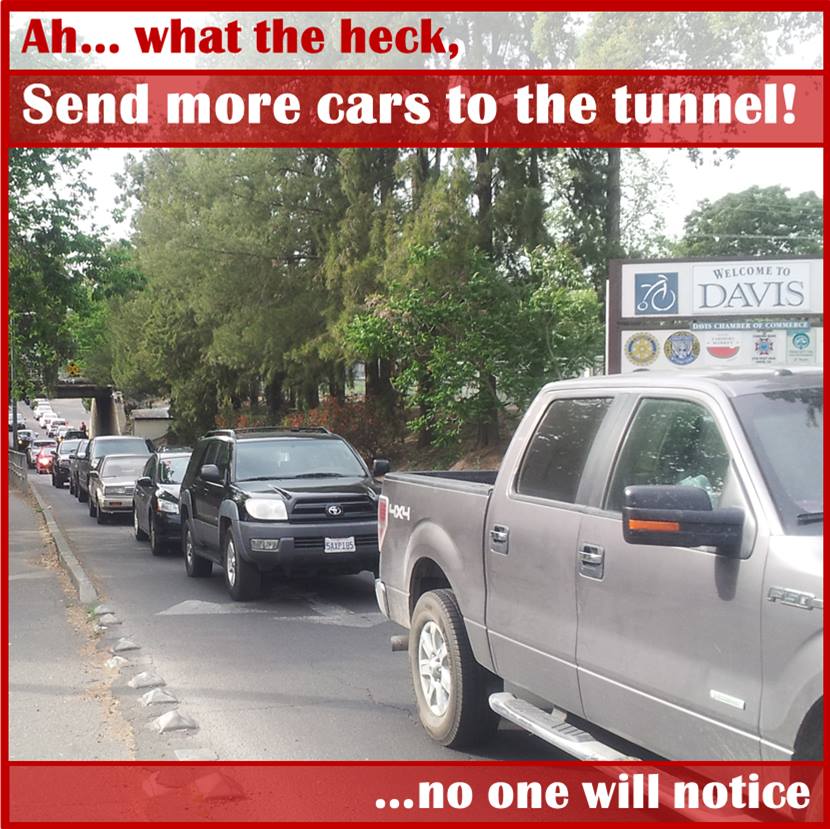 The No on A campaign has argued that bad traffic will become worse with Nishi.  Proponents of the project counter that the access through the tunnel is already impacted and the project will actually lead to a new entrance to campus, thus decreasing the traffic through the Richards Tunnel. 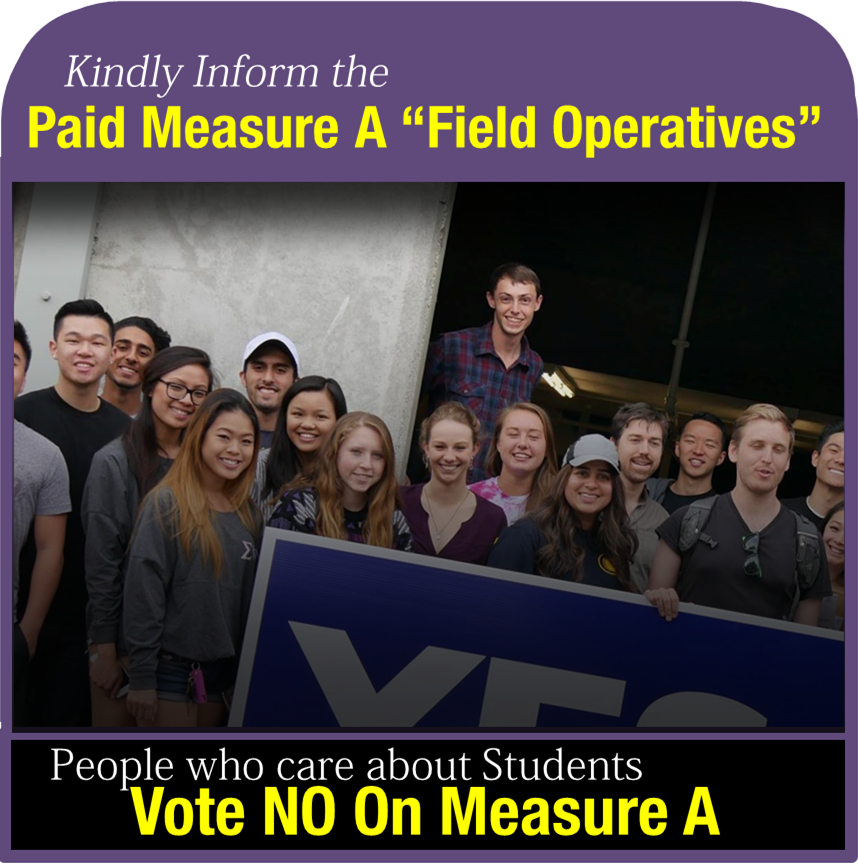 This one makes light of the paid campaign workers for Yes on Measure A. 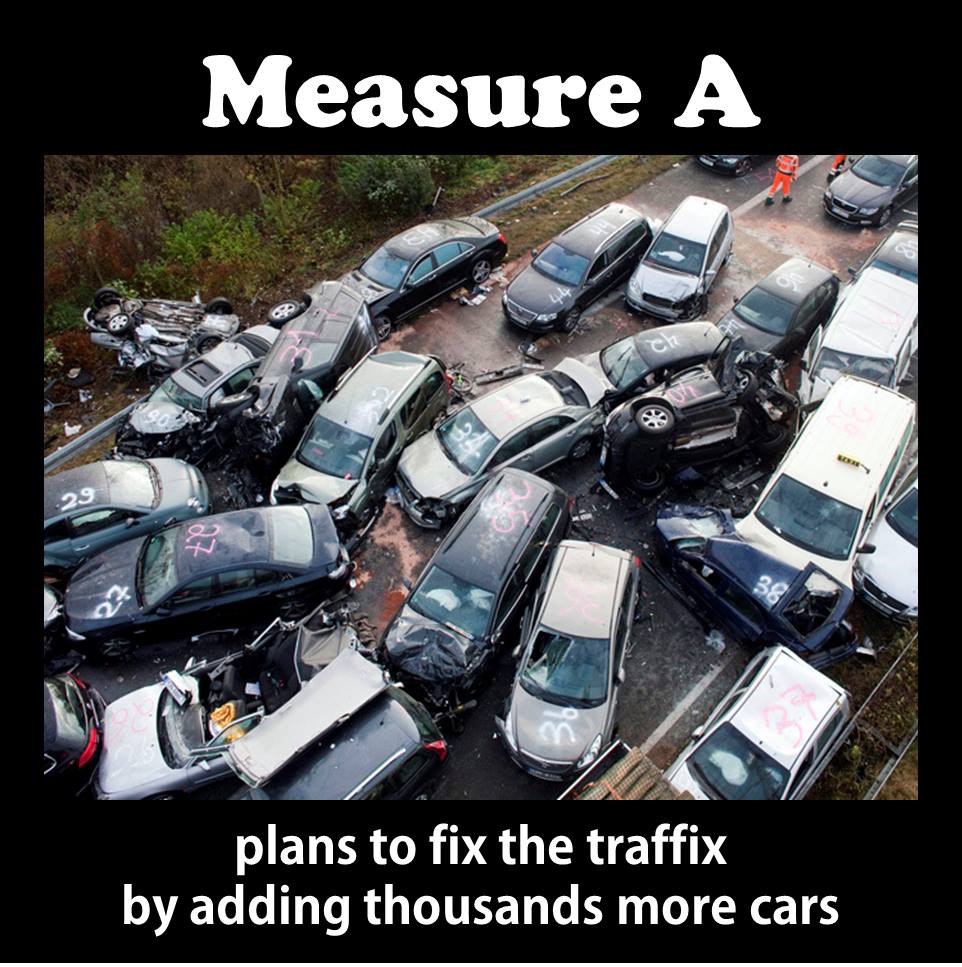 Another one that pokes fun at the traffic impacts and claims by the Yes on Measure A campaign. 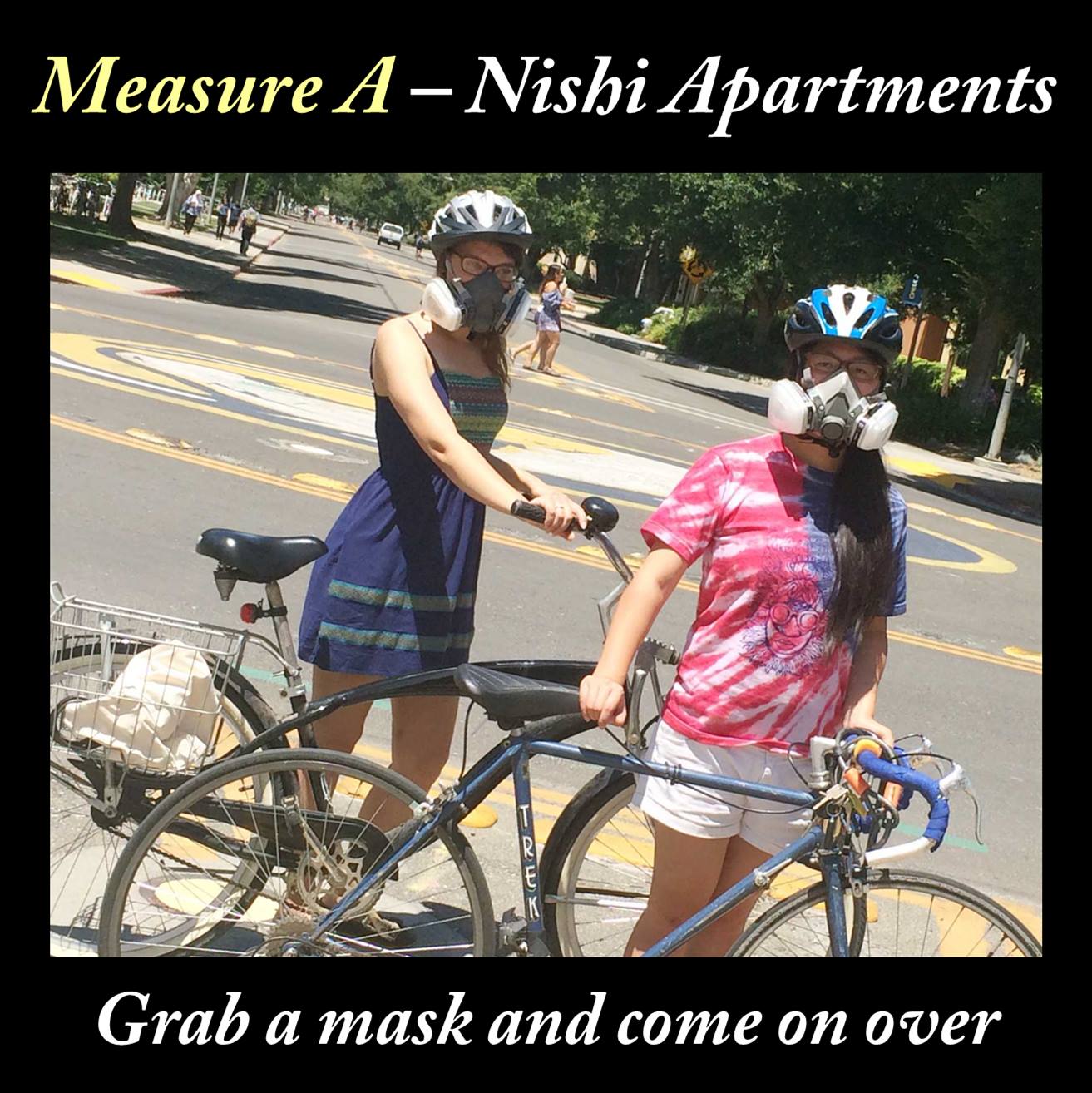 This one pokes fun at the air quality concerns. 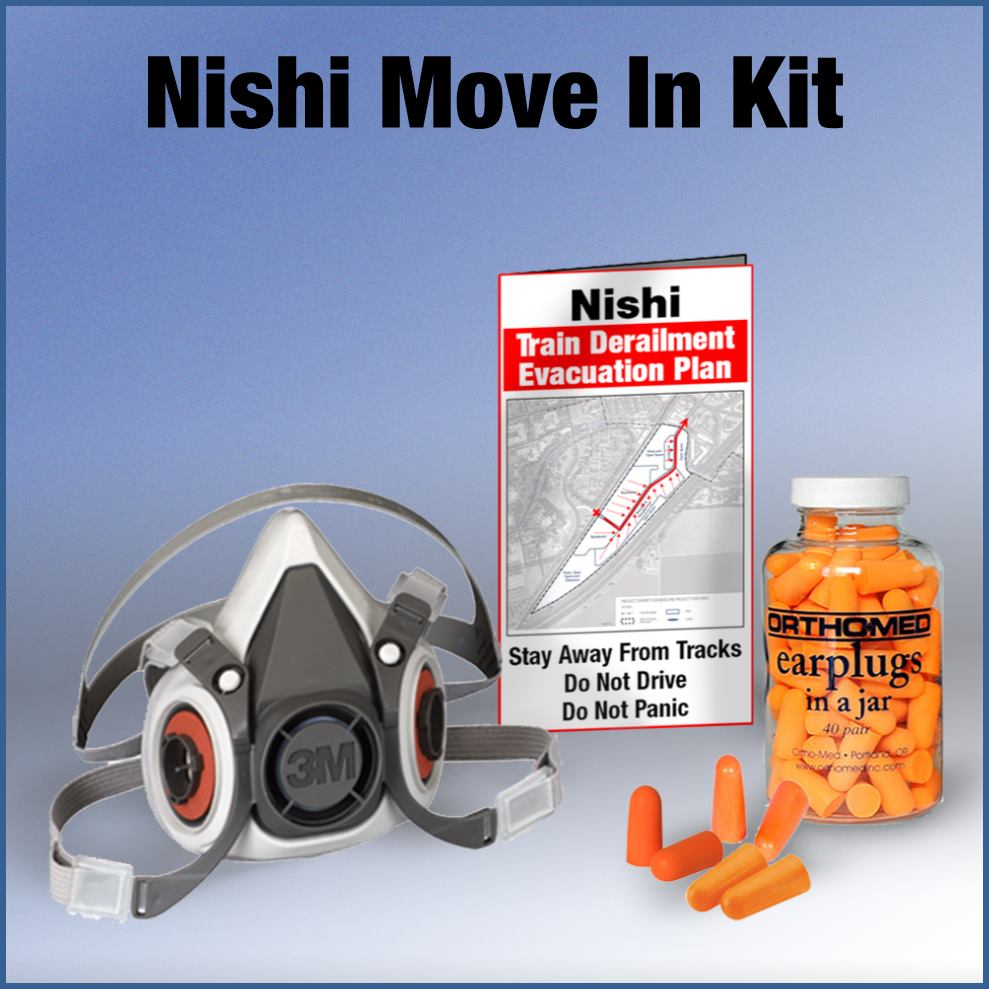 8 thoughts on “No on A Goes Meme in Closing Days”