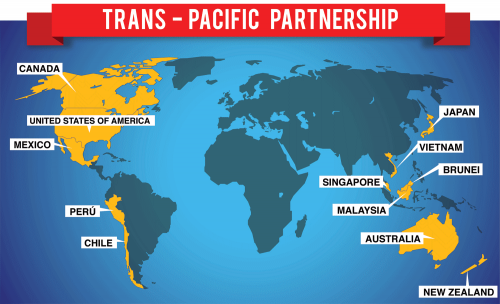 At their last meeting, the Davis City Council approved a resolution drafted by Mayor Pro Tem Robb Davis and Councilmember Lucas Frerichs, calling on officials to oppose the Trans-Pacific Partnership (TPP).  The resolution was approved 4-1, with Councilmember Rochelle Swanson in dissent.

Since then, there has been considerable pushback, with the former City of Davis Chief Innovation Officer, now with Sierra Energy and heading up the Chamber Government Relations Committee, Rob White noting “that the whole process by which the TPP discussion wound up on the Council Consent Agenda was anything but transparent, and appears to have been done in relative secrecy.”

Yesterday, the California Seed Association (CSA) Executive Vice President, Chris Zanobini, sent a letter to the City of Davis.  The CSA, is a nonprofit agricultural trade association which has served the seed industry since 1940, with over 100 members who are working in California’s seed industry across academia, seed production, distribution, plant breeding and allied industries.

Mr. Zanobini said, “The California Seed Association was notified that the Davis City Council at their May 24th meeting declared Davis a TPP-Free Zone. A number of CSA members contacted our office about this issue. Several topics addressed by the TPP including intellectual property rights, biotechnology and sanitary and phytosanitary regulations would greatly benefit the seed industry on both a local and national level.”

He continued, “We believe that the statement to declare Davis a TPP-Free Zone was premature and will most certainly impact many of our members with businesses located in the Davis community.”

While the council removed a declaration of Davis as a “TPP-Free Zone” from its resolution during the meeting, the phrase did appear in the draft of the resolution that went before council.  Councilmember Brett Lee, during his motion, modified the resolution to simply oppose the TPP.

Mr. Zanobini writes, “It is our understanding that seed businesses in Davis as well as the Davis Chamber of Commerce were not notified that the Council was addressing this issue. This action did not allow for enough time to properly assess the issue.”

He concludes, “We strongly urge the Council to revisit TPP at its next meeting. This action would allow CSA members and other affected businesses to participate in the discussion and democratic process.”

In the meantime, last week, the Chamber Board, in a letter from Chair Tamiko Gaines, Vice Chair Jason Taormino and CEO Christina Blackman wrote the council stating, “The Davis Chamber Board of Directors was made aware of a consent item that was included in the council meeting on Tuesday, May 24, 2016 to declare Davis a TPP-Free Zone. The chamber board was surprised that this item was not shared in advance with the business community prior to being added to the agenda.”

The letter continues, “Making a statement against the Trans-Pacific Partnership is in direct opposition to the economic vitality and promotion of business growth in our city and region. Agriculture commerce is a growing industry in Davis, and is supported by our partners at UC Davis. A declaration such as this may have significant implications to our business community, potentially encouraging businesses to move their operations to a neighboring community that has not voiced opposition to the TPP. Therefore, we urge the council to consider readdressing this item to provide more time and opportunity for the business community and concerned citizens to weigh in.

“As a member business organization, the chamber works to represent the interests of the business community including informing our members of important topics that affect commerce. While we cannot rewrite what was decided at the council meeting, we would encourage an increased level of transparency and communication so together we can assure that the business community is well-informed, remains vibrant, and continues to thrive.”

The letter concludes, “The Davis Chamber of Commerce mission is to promote, support and advocate on the general economic vitality of the membership and quality of life for the community.”

As Rob White pointed out in his op-ed last week, there is a real impact to this resolution.  “UC Davis has for a number of years hosted a program called Seed Central, where a significant number of global seed companies meet monthly to work collaboratively on common objectives. And the City of Davis is a participating member.”

According to Seed Central’s website, “some 100 seed and seed-related companies are located near UC Davis and benefit greatly from its proximity, but the influence of UC Davis extends throughout the USA and far beyond.”

Mr. White pointed out, “Many of these same companies are also members of ASTA — the American Seed Trade Association. And ASTA’s website indicates that the organization has been actively working on passage of the TPP as an agreement that supports the seed and agricultural industries.”

He added, “Even more to the point would be that agricultural researchers at UC Davis released a study in November 2015 that supported TPP. Daniel Sumner, an ag economist and Director of the UC Agricultural Issues Center (part of the UC Division of Agriculture and Natural Resources, which are located on 2nd Street in Davis), with the help of UC ANR researchers Hyunok Lee and William A. Matthews, released a study for the university’s Giannini Foundation of Agricultural Economics that stated “the proposed 12-nation Trans-Pacific Partnership (TPP) trade pact could be significant for California, lowering import barriers and enabling more of the state’s agricultural products to be sent to Japan and other nations.” Sumner also observed that “better access to imports from TPP countries would give U.S. consumers more spending power, and thus could increase domestic demand for California farm products.””

He concludes this point with “not only didn’t the City Council check in with businesses, they seem to have completely forgotten that agricultural partners and UC researchers right in Davis are also part of this conversation.”

The letter by the CSA drives this point home clearly.  Many believe, at a time when Davis is looking to expand its economic development reach, this resolution, advisory and symbolic in its nature, has actually done more harm than anticipated.

The question now is whether there is anything the council can or should do to change this.