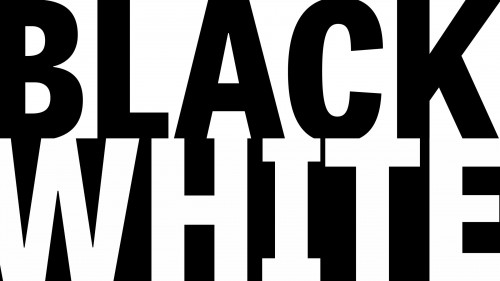 “What we’ve got here is a failure to communicate.”

We Americans are constantly suffering the negative consequences of black and white thinking.  Despite the complexities of life, many people prefer, and have been conditioned to expect, a simple ‘this or that’ choice to complicated issues. This frustrates others who experience life’s complexities in more nuanced ways – in shades of grey. The black or white choice usually skirts over the details of the situation – which then remain functionally unexamined. This leads to poor decisions.

I first noticed this as a boy watching the Vietnam War protests on television. Protesters were questioning authority and refusing to accept black and white choices like, America: Love it or Leave it; or, My Country Right or Wrong. After our 911 response turned into an ill-advised invasion of Iraq, Bush the 2nd told the world: “You’re either with us or against us.” No questioning or nuanced thinking would be tolerated. This same polarized thinking cripples other policy discussions leading now to an almost complete lack of bi-partisan governing. We are at the point where compromise is anathema; black and white thinking has contributed mightily to the problem.

Black and white thinking is normal for young children. To protect them, effective parents give simple and clear directions of right and wrong; then, as they get older and their brains can handle nuanced, critical thinking, we teach them to think through their decisions from several angles before making them, using available facts, extenuating circumstances and even gut feelings. Hopefully, this gives them a template for making intelligent choices in difficult circumstances.

What is true in our families, then, is also true on a wider scale. Life would be easier if we could stick to ‘always’ or ‘never’ rules about complicated choices but easier does not mean better. Thinking and operating in shades of grey dictates that we look to our own contributions to our problems, while black and white thinking encourages simple blame. Let’s admit, however, that self-examination is rarely pretty. Greed, self-centeredness, intellectual stubbornness or laziness – plus other less-than-attractive traits exist, to some degree, in all of us.  Who wants to be faced with that? Yet, our willingness to honestly wrestle with these qualities in ourselves says much about our character and trustworthiness. This is important because to communicate effectively in a conflict, building and maintaining trust is vital.

We are constantly tripped up by the difference between an explanation and an excuse. An explanation is a nuanced dissection of the facts and circumstances relating to why a decision was made; an excuse is a discredited reason for that decision. Black and white thinkers see explanations as excuses, and therefore reject them.  This happens in families, companies and governments – wherever thinking in shades of grey is not allowed.

Take the example of crime levels in a community: Everyone abhors crime and wants to protect people and property. Shades of grey thinking, however, requires us to step back and see the big picture, to examine the social circumstances which lead to crimes. This is an explanation, not an excuse.  On the other hand, black and white thinking leads to a blame model (don’t do the crime if you can’t do the time) and leads to one-size-fits-all sentencing guidelines. This is a simple, but proven ineffective strategy as illustrated by our having to untangle the mess caused by the failed “3 strikes” laws. Black and white thinkers say the community does not have to look at its contribution to the problem, i.e. allowing and even promoting the social and economic inequality which leads to crime.

While both approaches can favor enforcing consequences for individual crimes, only one – thinking in shades of grey – can lead to positive, social changes. When black and white thinkers dismiss explanations as excuses, nothing gets better and everyone suffers as a result.

Interestingly, progressive companies are leading the way towards better communication. For example, old school management styles say there is ‘no excuse’ for not meeting a goal, as though a sheer force of will obviates facts and circumstances. Think of the employee who gets a ‘talk to the hand’ response when s/he tries to explain why a strategy is not working (or won’t likely work). S/he is instead told to “just make it happen!” This is not a strategy for success; it is a forced, uninformed and fear-based directive.  The employee ends up frustrated and angry or may just lose heart for the job altogether. S/he may ‘give up and stay’ on the job, collecting a paycheck but without a personal investment in the company’s success. Or, s/he may start looking for a better place to work. Smart corporate leaders have learned that this is bad business at all levels. CEO’s are now taught how to slow down and listen. They still get to make the final choices, but the process is far healthier for the staff and brings the CEO better information on which to base their decisions.

In parenting, black and white thinking comes across as some version of “Don’t argue with me; just do what I tell you to do!” If the parent is really old school, corporal punishment gets added to the mix, teaching “might makes right”. We all know how kids respond to strong-arm style parenting. They either ignore the lesson parents are trying to make, rebel outright or pretend to obey while doing the opposite. Strong-arm approaches may have good intentions, but they don’t necessarily produce good outcomes.

It is not easy to make the case for thinking in shades of grey. The process is slower and can be onerous; plus, if there is not a simple and reasonable black and white answer to a difficult problem – and there rarely is – the eventual solution will have to be the result of compromise – and therefore inevitably seen as imperfect from both sides. A compromise is not as satisfying as an all-out win, but that’s how laws (or family decisions) are supposed to be made: You begin with a clear articulation of a desired outcome and then proceed to work out the sometimes ugly details to achieve it. The process for how that happens, whether in a family, a company or a government, may determine the effectiveness of the eventual decision. When kept involved, people tend to be more invested in the eventual outcome.

Just because we can do something does not mean we should. Yes, the power and authority of a boss or a parent to establish and maintain a solid bottom line is real – but it should be used judiciously. Again, better that people first feel heard and understood so that even when they do not get exactly what they want, they remain engaged in the system and committed to its success.

The best way to avoid black and white thinking is to notice when it – either when it is presented to us or when it arises from within us.  Following politics gives plenty of opportunities for practice.  When a politician or a member of the media tries to sell us on an easy solution to a complicated problem, our black and white radar detectors need to flip to ‘on’.  It is probably not to their advantage that we give the issue careful, nuanced thought, lest we step back, see the problem in a wider context and demand a more intelligent approach.