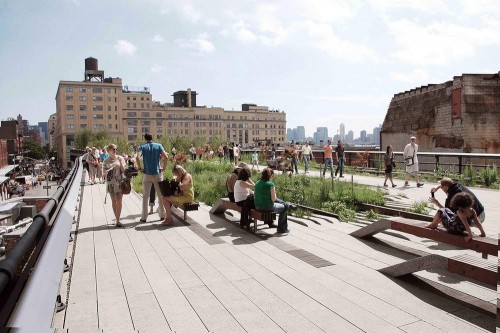 Prior to Nishi being placed on the ballot, the Vanguard made the point that we needed to really do something more on the site.  In January 2015, we noted what the USC Village, with only 15 acres (one-third the size of Nishi), was doing with that site compared to the relatively small amount of retail and R&D space of Nishi.

Now there is a proposal moving forward with a public-private partnership in West Lafayette, Indiana, home of Purdue University.  The Purdue Innovation District will encompass 450 acres (about the size of MRIC and Davis Innovation Centers put together).

The Purdue Research Foundation and Browning Investments are teaming up on what will be a $1.2 billion mixed-use project at the west end of Purdue that will take about 15 to 20 years to build out.

In the write up they describe the 450-acre project encompassing “several million feet of building space including housing for students, faculty and city residents; a hotel with conference center; restaurants; office and business space; parks; research facilities and industrial space.”

“This is a tremendous long-term opportunity to develop several million square feet across a full spectrum of property types,” Adam Chavers, Browning senior vice president, said in a prepared statement. “The vision is large enough that Browning and other developers will be executing vertical development over the next 15 to 20 years.”

They will begin with “developed university housing, a hotel and convention center and an innovation hub that would combine some of Purdue’s commercial programs in the same space as venture capital firms.”

John Hirschman, Browning president & CEO, said the development “is unique in its scale and potential impact as a catalyst for innovation, collaboration and entrepreneurism. Academic and private industry research and discovery will be purposefully integrated with commercial activity and residential options in a transformative development for Purdue University and West Lafayette.”

Another key point was the cooperation between the university and the city.

“We don’t know of comparable town-gown collaboration like ours along State Street, which we hope with the adjoining innovation district will provide the next era of growth and prominence for Purdue,” Mitch Daniels, Purdue president, said in prepared remarks.

The article ends with another note: “The Purdue project is an example of a growing number of town-gown economic developments in the United States. In April, Harvard University announced it was moving ahead with a $1 billion Science and Engineering Complex in Allston, Mass., which would be the centerpiece of an ambitious 10-year master plan for numerous construction projects in the neighborhood.”

In the meantime, in Davis, we just had a relatively modest project that would have added 330,000 square feet of R&D space to the community narrowly voted down by the voters.

There were two proposed innovation parks of less than half the size of the Purdue Innovation Center that have fallen by the wayside for a variety of reasons.

At least, before Chancellor Katehi fell on hard times, UC Davis was looking for its major thrust being into the Sacramento Railyards with a potential billion dollar project, the World Food Center, potentially looking to locate in Sacramento rather than Davis.

But imagine now a different possibility.  Imagine a major investment by a private company – it could be Hines or it could be Ramco – into Davis.  The university uses its billion dollar muscle to pump several hundred thousand into the project up front, and the city of Davis signs onto the project as well.

The project looks to provide R&D Space, research facilities, a hotel conference center, and an innovation hub that can provide space for technology transfer and university spinoffs that can bring billions of money and investment, thousands of jobs, millions in city revenue and put Davis in the same place that Purdue and West Lafayette are.

But that’s not where this community is right now.  We don’t have that vision on either side of A Street, or the tenacity to make it happen.  A project proposal will be picked to death by the naysayers, will receive lukewarm support from a majority of councilmembers (although Robb Davis and Rochelle Swanson have been strong in this area) and the chancellor’s office, and so we end up in the situation where we are.

We are living in a town next to a university, which, despite its stumbles this year, is aspirational.  They will be adding thousands of students, faculty and staff in the next decade.  If Davis is not willing to accommodate their aspirations, they will simply locate their facilities in the Railyards.  At some point they may simply starting moving towards Solano County.

While the large innovation center proposal for Solano County has been shelved for now, if Davis is seen as closed for business, I would not count on it staying that way.

If they can make a private-public partnership work in West Lafayette, Indiana, with Purdue University, it certainly should be feasible in Davis, located between the Silicon Valley and the capital of the most populous state in the country.

The problem is that we have become our own barrier to success.  Adding innovation centers that are surrounded by land in ag mitigation is not going to blow out the city’s borders or harm our way of life.

In fact, the opposite is true.  We like to think of ourselves as a progressive community, but we’re not.  In fact, far from it.

We talk about climate change, and yet our current land use policies force people to commute from across the region to work or study in our community.

Purchasing a home in this community is next to impossible for anyone but the one percent, and well-paying and meaningful jobs are scarce – forcing people to travel significant distances on already jammed roads for hours per day.

I am not advocating that we tear down our land use policies.  I’m not arguing for peripheral subdivisions.  I’m arguing that we are missing the boat and that a great world class university like UC Davis is going to have to expand into Sacramento and Solano County to meet its aspirations, while universities like Purdue have complete buy-in from private industry and their cities.

That puts us at a huge disadvantage and it is one that is self-inflicted.

We have been talking about our declining infrastructure funding.  Yes, we can fund it through parcel taxes.  Estimates start at $1000 per year and probably that is a low number to fund our needs.  That is on top of the $1200 or so that the school district needs.

Can residents afford a $2500 parcel tax to keep our roads paved, our parks functioning and our schools great?  Or is it time to find another way?

Purdue is throwing down $1.2 billion to find another way. Perhaps we should re-examine our public-private, town-gown models to see if there is another way that works for Davis.