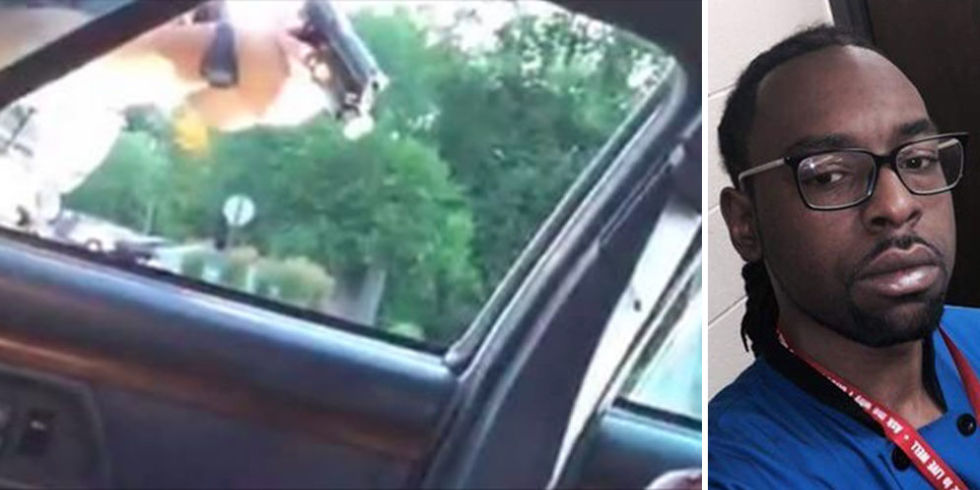 There is often a large separation between our perception of reality, and reality itself.  Nowhere is that more clear to me than in the area of safety. As individuals, and as a society we have definite ideas about what will make us safe and seem to pay little attention to what the statistics and evidence would indicate is a safer course.

This morning I chose to watch a video of the aftermath of the shooting in Minneapolis.

We are far from knowing all of the facts, so I am going to stick to what is seen in real time on this social media post. The comments on it are my own perspective. I am not writing as a reporter but as a deeply concerned citizen.

The audible portion of video begins with Ms. Reynolds (a passenger in the car) recounting how she and her boyfriend Mr. Castile, with her four-year old daughter in the back seat, were pulled over by a police officer for a broken tail light. The officer told Mr. Castile to produce his wallet. Mr. Castile, according to Ms. Reynold’s account, informed the officer that he had a concealed handgun which he was licensed to carry and began to reach for his wallet as requested when he was shot repeatedly by the officer. I do not know whether or not her accounting is accurate. I do not know what caused the police officer to shoot. But what is clear is what happened subsequently because it is on tape.

First consider the actions of the officer who fired the gun. We can clearly see him with his gun still pointing into the car and hear him justifying his actions. Mr. Castile has clearly been rendered helpless and in need of medical assistance. The child is confined to the back seat and Ms. Reynolds is gripping her cell phone in both hands. And yet the officer makes no move to assist the man he has just shot. Who is being made safer here? Who is being protected or served?

As Ms. Reynolds continues to pray and exclaim in disbelief over what just happened the officer yelled at her to exit the car and approach other officers who have just arrived on the scene. She was forced to her knees and restrained. During this portion of the incident, her four-year old can clearly be heard screaming in the background and Ms. Reynolds is heard asking after her. There is much to question and focus on here and doubtless there will be the usual hashing and rehashing of every detail of this episode. For now, I would like to focus only on what is captured on tape.

In order to protect our citizenry, we have armed our police with lethal weapons. We have trained them to use these weapons when they “feel” threatened, not necessarily when they actually are being threatened. We then defend and justify their actions not only within their own departments but throughout our legal system all the way to our Supreme Court. But has any of this actually made us safer?

The statistics would seem to indicate “no.” As reported on the compilation site killedbypolice.net this am, there have been 604 killings of civilians by police since the beginning of 2016. Multiple sources have reported the deaths of civilians at the hands of police for 2015 as approximately 1000.

Does it make anyone safer for a police officer to yell at and further brutalize a woman and young child long past the point when it must have been obvious that they presented no threat?  Where was the protection for this woman and child?  Where was the decency, humanity and compassion that could have been extended to them by those sworn to protect them?  If you choose to watch this deeply disturbing tape, I would have you ask yourself these questions: “Is this the behavior that we want from our police? Is this the best that we can do?  Is this what you would want for your daughter and granddaughter? Who was made safer by these actions, the police, bystanders, she and her daughter?  Who did they serve?

I am now going to diverge from what is seen on the tape into the realm of speculation. Ms. Reynolds stated that her boyfriend was licensed to carry, and had with him at the time a concealed handgun. He purportedly informed the officer of this fact prior to reaching for his wallet.  Since this was presumably not a weapon used for hunting, I am going to speculate that Mr. Castile had and carried this weapon because it made him feel safer. Ironically, he and his sister who also has a concealed carry permit were recently discussing the pros and cons of concealed carry as related in an interview with their mother. I would argue that based on his shooting, it served only to put him at greater risk as is often the case.

Consider the response in 2013 to the question “Why do you own a gun?” as reported by the Pew Research Center in which 48% of respondents replied that it made them feel safer (see www.people-press.org/2013/03/12/why-own-a-gun-protection-is-now-top-reason/ ). Note the variance from the previous response in 1999 when only 26% listed safety as the main reason with the largest percentage stating for hunting. But the more critical question in my mind is: Does it make us actually safer? My interpretation of the following statistics would indicate “no”: https://www.thetrace.org/2015/12/gun-violence-stats-2015/. I particularly call your attention to No. 7 in this compilation of statistics which relates the number of deaths and injuries at the hands of toddlers who have managed to get their hands on an unsecured firearm.

My point in writing this piece is not to point fingers at the police, or careless gun owners, or criminals, or the mentally ill, or any other specific group. It is to question the basic assumption of many that owning and/or carrying a weapon or giving essentially free rein to our police to do so actually makes us safer. My personal belief is that it does not. We can all recite a number of incidents in which the possession of firearms actually made either the possessor of the gun, his/her family members or members of the public or police less safe. However, as a firm believer in evidence-based decision making, all I would really ask at this time is that we do on the national level what California has chosen to do. I recommend full funding at the national level of research on gun safety. I respectfully submit this idea not as a means of depriving safe and legal gun owners of their weapons, but as a way of closing the gap between what makes us feel safe and what would actually result in increased safety for our police, our adult citizens and our children.

49 thoughts on “In the Name of Safety”