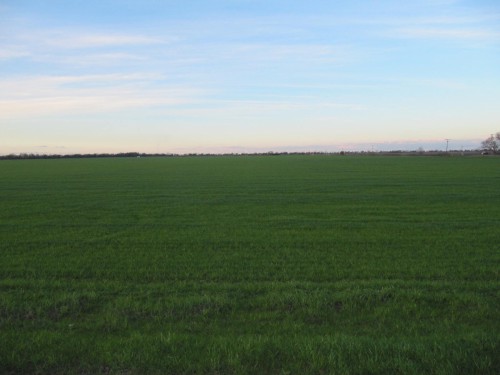 Josette Lewis, the associated director of the World Food Center at UC Davis, in a piece that appeared this past week in the Sacramento Bee, makes some important observations, noting that the Sacramento region “has the potential to be the nation’s hub of innovation for food and agriculture technology.”

Referring to UC Davis, Ms. Lewis notes, “The region has one of the highest-ranked food and ag research universities in the world, connected to one of the world’s top ag economies and in a state with the nation’s largest share of investment in food and ag startup companies. Yet with a recent leap in ag-tech investment elsewhere, this could be Sacramento’s opportunity to lose if we don’t seize the momentum.”

Last year, the food and ag-tech industry produced startups that raised $2.9 billion in private investment. “The U.S. accounted for more than half of those deals, with California supplying 31 percent. Though still a significant share, it’s a slip from 2014, when California was home to nearly half the deals,” she notes ominously.

Part of what has happened is that “the rise of incubator and accelerator initiatives in the Midwest and on the East Coast are catching up with Northern California.”  Some of that is due to drought and new regulations on the use of groundwater and targets for reducing greenhouse gas emissions in our food systems.

But Ms. Lewis notes, “To tackle these challenges, a triangle of innovation should be connecting our region to Silicon Valley and the Central Valley, further aligning California’s commitment to environmental sustainability with its success in delivering high-quality food.

“As a sign of the payoff from past technology investments, California today produces 85 percent more food with 15 percent less water than it did 50 years ago. Tomorrow’s farm promises even more water efficiency by connecting irrigation and fertilization systems to wireless networks and the internet of things, to enable a new level of precision and conservation in how we produce food.”

She writes, “In the world of food and agricultural science, the University of California, Davis, is well recognized as a global leader. This helps the campus draw national and international assets to the Sacramento region and its economy, which is how the World Food Center – now approaching its third year at UC Davis – is building bridges to some of the most innovative food and ag-tech investors, incubators and accelerator programs. These connections are feeding our regional startups and seeding economic growth. But more is needed.”

She trumpets, “Mayor Kevin Johnson’s new Innovation and Growth Fund is a welcome start for attracting young entrepreneurs. To realize our goal of being the tech hub for food and ag, we need to continue to draw those investors and entrepreneurs from Silicon Valley and across the nation. This starts with strong regional partners, both public and private.

“To launch more companies, we need expanded angel and seed funding, incubator spaces that meet a range of technology needs and mentoring networks that guide entrepreneurs from concepts to products to market channels,” she said.  “A strong local foundation bolsters startups for drawing investment from Silicon Valley and from top strategic and venture investment groups nationally. Only a few startups make it all the way to an initial public offering or acquisition. But the numbers add up in terms of economic growth and visibility to investors and entrepreneurs outside our region.  Seizing this moment, our region can take the lead in shaping innovative technology solutions to feed the planet in healthy and sustainable ways.”

While all of this is good, I think it is important to note what she is not talking about.

Her discussion of economic development focuses on Sacramento and the region rather than Davis.  A billion a year plus industry could fuel Davis’ infrastructure needs for decades to come without sacrificing our commitment to the preservation of farmland – in fact the development of ag-tech, if anything, augments our commitment to the preservation of agricultural land and our urban-rural community.

And yet, there seems to be little in the way of angst in Davis over this lost opportunity.  The General Plan piece written in the Vanguard on Sunday generated sizable discussion, but only on the issue of housing, not on the issue of economic development or revenue news.

10 thoughts on “Monday Morning Thoughts III: The Nexus of Ag-Tech and Davis”