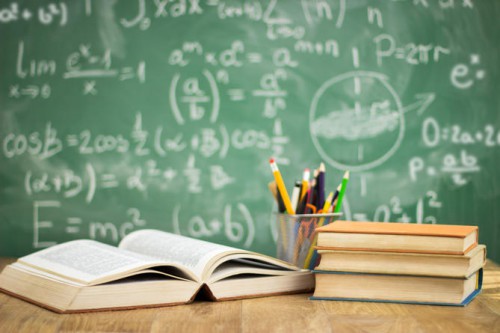 There was an interesting point raised last week by Ron Glick, and captured by Nicholas von Wettberg in his article yesterday in the Vanguard, questioning the time of discussion on the amount of the parcel tax.

“You polled it,” Ron Glick said, as quoted by Mr. von Wettberg.  He made reference to a pair of telephone surveys conducted on the interest level of Davis voters in April and May. “And I was watching last night and there was all this discussion about people thinking they know that the community will step up. Well, if you know that, why bother hiring the poll? Why take the poll? So you took the poll and the poll came back that said ‘this is the optimum amount,’ and rightfully you settled on it.”

As an advocate for evidence-based decision-making, I strongly agree with the use of polling to assist in making public policy decisions.  The board is expending time and money to put a matter on the ballot that will fund school programs for the next eight years.  It would be irresponsible not to poll the voters.

However, where I disagree with Mr. Glick is that the polling told us to go with a specific amount.  What the polling showed us is that we had strong support to pass a parcel tax at $620, and some support to perhaps pass it as high as $750, while it fell short at $960 with only about 61 percent support.

I think we are in a sense starting with the wrong question here.  The starting question should be: how much money do we need to make our schools great?  It should not be, what is the most amount we can reasonably propose that will get the support of two-thirds of the voters? – although, I grant, that’s an important question.

When I first saw that we got 61 percent support at $960, I felt it was a no-brainer to go up to $750 and I thought we should at least consider going to $960.  Put $50,000 to $100,000 into a campaign with a professional consultant and an active precinct captain system, and I still believe that this community will step up and support education.

However, reading the polling more closely, I can see why our leaders might be a bit more cautious.  While there is support for the parcel tax – much of that support is from non-homeowners, parents of school-aged children, and infrequent voters.  Now, in November, when we will probably get an 80 percent turnout, that might not be a big hurdle, but I can see hesitation.

On the other hand, you might view this as the key moment when we can get the infrequent voters to the polls to take advantage of it.

Anecdotally, I am hearing of cracks forming in support.  One observer told me that they are talking to neighbors who are more hesitant than before, particularly at $620, which is the highest single ask by the school district by far.  Others fear that, while the voters were willing to go up to $800 in November of 2012, the reality is that the single-tax number might be a deterrent.

Four of the five school board members with whom I met in the last month all share my concerns and also my vision for the future.  They differ on how to get there.  That’s fine, I get that.

My concern going forward is this: we are an average funding district.  I think we have sat back on our educational laurels for several years now.  Our schools are good, primarily because the students that are going through them are the children of college professors and college graduates.

I was gratified to learn that several of the school board members share in the need to be more aspirational.  But the timing was not nearly as good as it could have been.

At the beginning of the year, Winfred Roberson announced he was leaving the district for another district.  Since the beginning of the year, essentially, the district has been operating in a leadership vacuum.  They have hired John Bowes to be the new superintendent, and the board members I met with sing his praises and believe he can formulate the vision to move us forward.

For me, we need to lay out what that vision looks like, what programs we need, and how much it will cost to do that.  Madhavi Sunder pointed out that we need not just general fund money but we need capital money that we can use to upgrade our facilities.

I also greatly support the idea of a rainy day fund – the ability for us to manage the booms and busts of this state at the local level.  So every time funding falls we don’t have to pinkslip our teachers and go to the voters.

I also believe it is time to revamp our foundations and look to an alternative means for private funding.  We have the opportunity for public-private partnerships with tech companies and the university – that we are not seizing upon.

The Davis Schools Foundation recently raised about $178 thousand in one-time money for our schools, but I can’t help thinking that we have better ways to utilize that time and energy.  For one thing, if we took that money and put it into a campaign, we could turn that $178 thousand into ongoing funding for school programs, rather than a one-time bandaid.

For another, we seem to be leaving a lot on the table, in terms of possibilities to better utilize our public-private partnerships.

The bottom line is this – we need to pass our parcel tax as a way to continue our current level of school funding, but we cannot stop there.  We need to figure out ways to make our schools great, and I believe that requires a lot more resources than what we have right now.

24 thoughts on “Monday Morning Thoughts: Did the School Board Shoot Too Low?”