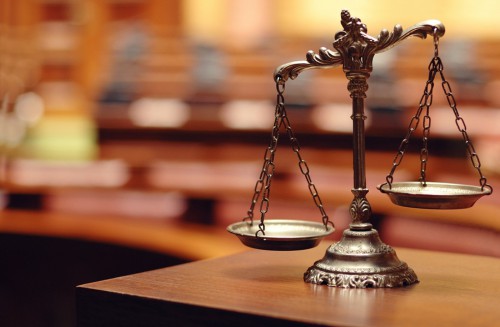 The largest association of criminal law defense attorneys in California, including nearly 3,500 public defenders and private attorneys, the California Public Defenders Association (CPDA), notes that judges are expected to follow the rule of law, and to not allow outside influences of any nature interfere with their decision-making process.  CPDA outlines below the dangers of judicial recall movements, and highlights in particular, the recent calls to remove a California superior court judge for having followed the law in a sentencing hearing.

The California Public Defenders Association condemns the clamor to recall Santa Clara County Superior Court Judge Aaron Persky. To remove any judge based upon one ruling is an attack on judicial independence.

The United States of America and the State of California were founded on the premise that all of us are entitled to live our lives as free individuals. In order to guarantee these freedoms and individual rights, our founders created three branches of government instead of entrusting complete authority in a single branch or ruler. Our freedoms, rights and system of government have survived because of the checks and balances that each branch exercises over the others. The majority elects legislators to create laws and executives to enforce the law, and we have judges to interpret the law and apply it to the individuals who appear before our courts.

Unlike politicians, judges are not supposed to be influenced by majority rule, the power of special interests, or the largesse of money. It is only in the judicial arena that any individual can hope to be treated fairly against the will of the majority or the powerful. While we Californians retain the ability to vote a judge out of office, that power is meant to be used only when the targeted judge fails to honestly and ethically follow the law. It should never be used to remove a judge because of disagreement with her decision. Removing a judge who made an honest, lawful and conscientious decision just because that decision is unpopular would imperil the ability of any individual to receive fair treatment from our courts. Every judge would feel the pressure to rule based on public reaction to her decision, instead of the evidence and facts presented, and the individuals before the court. And it would discourage judges from following the law and deciding cases based on what they conscientiously determine is just in each individual case for each individual person despite their knowledge that their decision will be unpopular with many.

Our organization represents poor and often minority defendants in an environment that makes it difficult for members of the criminal justice system—including prosecutors, law enforcement, and victims’ advocates—to see our clients as deserving of the individual consideration of their personal histories and other critical sentencing factors that is required under the Constitutions of the United States and the State of California. There can be no justice unless judges have the integrity and independence to rise above the sometimes intense public pressure to deviate from their legal obligations of fairness to the individuals before them. The recall of Judge Persky would punish the indispensable foundation of our legal system—judicial independence—and greatly reduce the ability of even more indigent defendants to be treated fairly in the future.

The Santa Clara County District Attorney has publicly acknowledged that there is no basis to appeal the sentence imposed by Judge Persky because that sentence was lawful. The movement to recall the judge acknowledges this fact. It would be a serious blow to the independence of our judiciary that serves all the people of California to remove this judge because of a single sentencing decision he made honestly, conscientiously and lawfully.