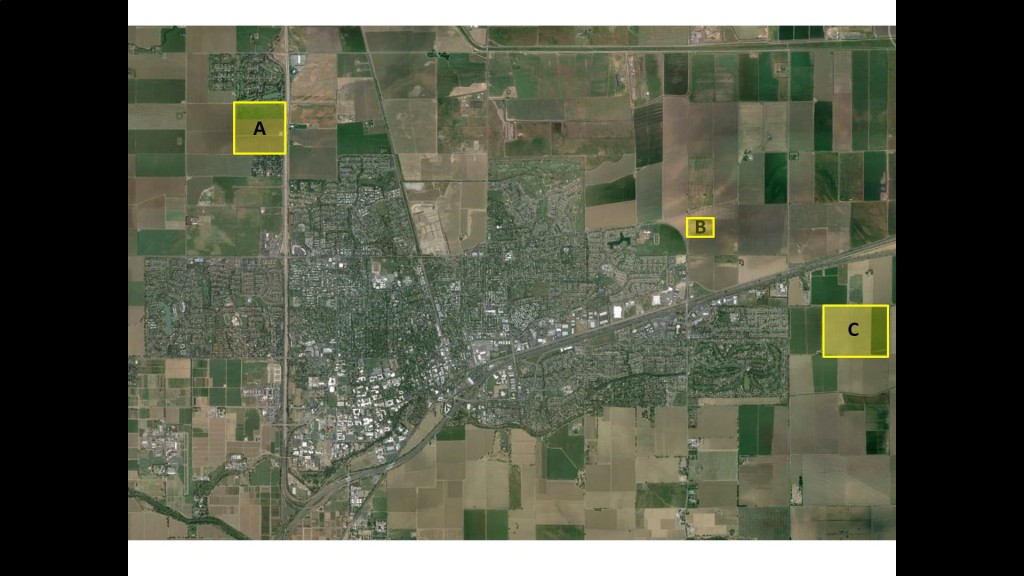 On Tuesday, July 19, the Davis City Council will review the final report of the Sports Complex Task Force. Below is the summary of that report. The full document can be found on the City of Davis web site as part of the agenda for the July 19 council meeting.

The Sports Complex Task Force was established at the direction of the City Council to assess the needs of the estimated 6,000 children and adults actively participating in sports teams in the City of Davis. The Task Force met from February through July 2016. During that time we reached out to every formal and informal sport team organization in the city, administered a detailed survey to better understand what sports teams existed in the city and where they practiced and played, and heard testimony from regional and local experts in the subject.

Davis Needs New and Improved Sports Facilities. Our work identified significant deficiencies in the facilities needed for games, tournaments, and practices. Other specific facilities requirements, such as a need for lighted fields, were also identified for a wide variety of sports organizations. Some teams must even travel outside of the city for practices and games because of the lack of facilities for them here. As a community, we have simply outgrown the number and type of sports fields that were largely built decades ago. More growth in the number of city residents and sports participants is on the way without plans in place to meet our future needs. Our survey showed hundreds of additional participants would be added in the near term if the fields needed were available.

While 6,000 is our estimate of the current number of participants, the vast majority of Davis’ young people – plus a fair share of adults living in the city today – have played on organized sports teams on Davis fields at some point in their lifetime. Clearly, however, the main losers in this situation are our children and youth – who comprise 86 percent of the current participants of the sports teams that responded to our survey.

As a result, Davis children and adults are missing out on opportunities to participate on sports teams that could help make us a healthier community and provide a legacy of good sportsmanship that could benefit our community as a whole. The new facilities could also enable local sports organizations to host regional tournaments that would bring in additional business for local hotels, restaurants, and other businesses. We are now often missing out on such opportunities because our fields are inadequate or too fragmented to attract such events.

Our Basic Strategy. We have concluded that these problems should be addressed through two distinct types of facility improvements:

Developing a Sport Complex. A new sports complex that meets our community’s sports needs would require at least 50 acres, but a site of 125 acres or more would be desirable to address our long-term needs.

It will be important that a new sports complex have lighting for fields, storage and meeting space that could be shared by users, good transportation access and sufficient parking, and a design conducive to hosting regional tournaments for multiple sports. Safe access to the fields by bicycle should also be sought. Any facility should be designed to be efficient in the use of water and energy, minimize greenhouse gas emissions, and be sensitive to any surrounding agricultural operations, open space, and wildlife habitat. Collaboration with county officials would be necessary for any site outside of the city limits.

While the Task Force did not identify a preferred site for a new sports complex, we have identified several sites, including some not previously discussed in prior city studies, which meet our criteria. These locations, shown from west to east on the map, are (A) south of the Davis Municipal Golf Course, (B) outside the Mace-Covell Curve, and  (C) south of Davis Legacy fields.

Reconfiguring and Improving Existing Fields. Local basketball and other sports groups likewise demonstrated to us their ability and serious interest in undertaking efforts to build the indoor sports facilities they need that could be shared with volleyball, gymnastics, and other city programs. The needs of these various groups might be better met with new facilities sited in a more central city location rather than in an outlying sports complex — although the latter approach is possible and could be considered if they wished to participate in the development of an outlying new sports complex.

Other sports groups clearly do not need a new sports complex. We have identified improvements to existing infrastructure, primarily in the form of repair and improved maintenance, to address the needs of these sports groups. Also, a new all-weather lighted artificial field (ideally several) was identified as a critical need in the survey. This could be built as a separate project that could also benefit other sports groups.

A Community-Based Initiative to Build a New Sports Complex.  We suggest the first step toward a new sports complex be initiated by interested sports groups. They could establish a non-profit foundation dedicated to obtaining the private-sector funding and charitable contributions, and possibly also the land, to build and subsequently operate such a sports complex. We believe that such a community-based initiative is realistic and is likely, under the current circumstances, to achieve faster and better results than the public sector approach taken in some other communities we have examined.

We are lucky in the City of Davis to have two good examples of how community-based initiatives have led to splendid sports facilities that are great assets to Davis. The Blue and White Foundation undertook the fund-raising drive that provided a share of the funding needed to modernize Ron and Mary Brown Stadium at Davis Senior High School – a stellar and intensively used facility for football, track and field, lacrosse, and other high school sports programs.  Meanwhile, Davis Legacy has more than doubled its size to 16 high-quality soccer fields on donated land east of Davis at a fraction of the usual field construction costs without any public funding.

We are convinced that this innovative model could work again to provide Davis with the sports complex its youth and adult sports teams need. We believe that a well-organized and broad-based effort that highlighted the positive benefits of sports team participation for Davis children would prove successful. The baseball, softball, and soccer organizations likely to be at the core of such an effort, in part because of their need for specialized field space, have a sizable number of participating families and a longstanding practice of opening participation to all children regardless of skill level. In our survey, and public testimony, they demonstrated their commitment and capacity to undertake the fundraising and volunteer efforts necessary for such an effort to succeed.

The City of Davis would retain the responsibility for providing parks and recreation services for its citizens. While a community-based effort to remedy our deficiencies in sports fields is a promising new approach, it is important to also recognize that the city has an ongoing responsibility for providing park and recreation services that meet the needs of its citizenry.

Accordingly, the organization of the foundation and a sound business plan for its operation could unfold as the City of Davis played a limited but supportive role in helping it to build a new sports complex.  For example, the city could conduct a formal process to invite offers from potential donors of sites for such a facility, as well as to help determine the best site that meets the needs of both sports teams and the community as a whole. A future city investment in the project is also possible.

Next Steps. We recommend that the City Council request that the Recreation and Parks Commission conduct a public hearing on this Task Force report and, if the City Council subsequently concurs with our findings and recommendations, incorporate our proposals into the city goals that will be formally adopted for the 2016-18 cycle.

We believe this is a smart and strategic approach that could benefit the large numbers of children and adults participating in local sports teams, provide practical field expansion solutions for a city government mindful of its fiscal problems, and improve the overall quality of life for city residents.

Share:
Tags:City of Davisland useParksSports Park
Previous : Six National Police Reform Bills Congress Must Pass
Next : Sunday Commentary: Trust Issues and, Once Again, How Do We Fix Them?