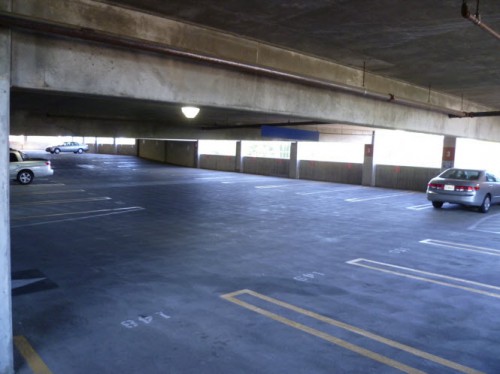 It has been awhile since we have looked at the downtown parking issue.  Yesterday, as I went through the staff report, the problem became very clear.  The first phase of parking changes were very scant and ineffectual, and even then, two years later, they have not been implemented or are just about to be funded.

While the Parking Task Force was unanimous on its recommendations, there was enough dissent in the community to put off the main teeth of the recommendations for another day.

As staff notes, the second phase “has not yet been authorized and includes the remaining recommendations from the Downtown Parking Task Force.”  These are all the key changes from establishing paid parking, to moving employee parking to the neighborhoods, to converting Amtrak to paid parking, and, most importantly, expanding the parking supply.

The paid parking issue is divisive and I’m not sure why.  Most places I have lived other than in Davis have paid parking.  And, while parking can be quite expensive in places like San Francisco, most of the time it is a small cost.

The model I like is when you have several parking garages, make the first hour or 90 minutes free and then charge a rate thereafter.  That allows, and in fact incentivizes, short-term parking while mitigating the costs for longer term parking.

The other model is what we are currently doing in the E Street parking lot.  People park, they can put money or a card on their space and they get an allotted amount of time and then have to move or face a fine.

I would like to see an analysis of how that model is working – are there vacant spots, does the city get any revenue, does it work in general?

A few years ago the consensus seemed to be that Davis had more than enough parking spaces, that people just were not utilizing the parking garages, instead preferring the on-street parking.

According to the city, “the ideal parking occupancy rate is in the vicinity of 85%. At this usage, the parking supply is being efficiently used while spaces remain available for new arrivals, preventing vehicles ‘circling’ downtown blocks in search of a parking space.”

The city found, “The average parking occupancy rate for the days and times collected was 70%.”

However, “Downtown experiences parking ‘peaks’ during the lunch and evening timeframes. During these peaks, downtown parking closely reaches capacity resulting in vehicles circling around the block to find spaces, resulting in added congestion.”

While the data is helpful, I wonder if a single week’s sample done twice a year is really getting at the issue.

Anecdotally, it seems there may be more problems than the data would suggest.  Recently, the Vanguard moved to G Street and has asked its employees and interns to park in the garage on G and 4th.  It has been reported at times that the lot there is completely full and there is no parking to be found.  That may coincide with popular movies – but, given the proximity of a movie theater, that cannot be an unanticipated problem.

While it may be true that most of the day we have enough parking to allow normal business to function, it seems me that you need enough capacity to cover normal peak daily hours.  Just as you would not want to build a roadway or freeway that cannot accommodate peak flow hours, so too would you not want to design a parking system that fails to accommodate your lunch, dinner and entertainment crowd.

From my vantage point, we are bumping up against peak capacity during those hours during peak times and days of the week.  Most of the time it seems that if you circle the block a few times, you can find something – but how many paying customers are you losing?  How many people are being deterred from coming to the downtown because they don’t want to deal with the hassle of parking?

Paid parking on the streets may allow people who really need the convenience of on-street parking to use it, while pushing people to the garages who want longer term parking or do not want to pay for it.  That may help the distribution problem, but I don’t think paid parking solves the capacity problem.

What we really need is a new parking garage.  I have always advocated one that enters on Olive Drive behind Design House, goes over the tracks, and ends up on 1st and F where the surface lot is.  But that takes money and, in the post-redevelopment world, that is lacking.

Ironically, the city had the foresight to attempt to use their remaining redevelopment money for a lot on E and F between 3rd and 4th Streets.  I was opposed to that idea at the time and still do not believe it was the right location for a parking lot.

The question is how is the city going to be able to raise money to build a new garage?  One way is if the paid parking revenue generates enough in revenue to be able to save for such a project.

Another option is a public-private partnership where the city with either existing owners or business people partner on a joint project.

A third option is to look for an investor to come from out of the area, and build a garage along with a new business.

I would like to see the council pursue an RFEI (Request for Expressions of Interest) type process to encourage some out-of-the-box thinking for financing a parking garage.  In the end, that will be a huge boost for the downtown and the city as a whole.