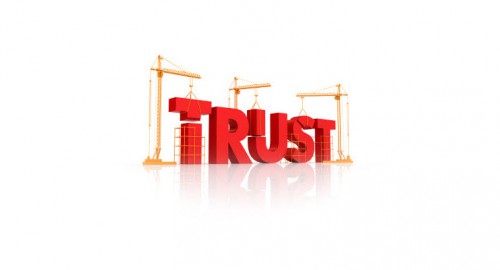 The first major undertaking for the new council, the general plan update, got off to a slightly bumpy start this week when the initial input period was scheduled for three weeks during a mid-August to early September period.

The councilmembers I have spoken to were quick to tell me that they would look to correct this either by extending the period until after UC Davis starts and more people are around, or by changing the period altogether.

I don’t want to turn this particular issue into a bigger issue than it is, but it does boggle my mind that staff makes the same mistakes over and over again – even experienced staff who should know how this community rolls and be sensitive to such procedural matters.

At the same time, I think critics have a point that often it is the initial input that sets a particular project or policy into motion, and so they want to be sure that the community as a whole is engaged from the start.

This is interestingly the third column I have written, since the beginning of June, on trust.  I think it’s a critical issue that underlies our governance of this city.  At the same time, there is another aspect of the trust issue – manufactured dissent.

There are some legitimate trust issues here and some of them go back decades.  Others are more recent – for example, many, myself included, do not believe that the council got the community the best deal with Cannery in the first place, which was compounded when The New Home Company was granted a CFD (Community Facilities District) on a 3-2 vote that gave a huge amount of benefit to the developers and little to the community.

That certainly undermined my belief that that particular council was going to drive the hard deal on development issues.

I’ve been critical of that deal, arguing that the optics looked bad – the city had an affordable housing ordinance, exempted the project from the ordinance, and then cut a deal to restore about $1 million in benefits.

I think the council honestly thought they were getting a benefit to the community they otherwise wouldn’t have had, I think the issue kind of snuck up on everyone, and no one was really thinking in terms of $11 million in actual value of the affordable housing agreement.

The bottom line here is that some mistakes have been made by current councils that have helped to continue to lead some groups of people to be skeptical about the city and the city council.

At the same time, the trust issue may simply be more a manifestation of political dissent than a real trust void.

In past columns we have speculated on the cause of that gap, from the aging population cohort opposing growth to the fact that people, with Measure R in place, may feel free to vote for people based on personalities rather than their adherence to land use principles.

I do find it odd that there was no anti-growth or even slow-growth candidate on the council ballot this time.  All four candidates supported Nishi.  So a group of citizens opposing Nishi never really attempted to put someone on council that shared their concerns.  That seems odd.  At least in 2014, the water opposition had a candidate in John Munn who very nearly was elected to council.

I raise this point because the issue of trust may simply be an issue of political disagreement in disguise.  A group of people who oppose growth are naturally going to be skeptical of a council that votes 5-0 to put a given project on the ballot.

Therefore, any action taken by the council is viewed with a grain of salt, an air of skepticism, a belief that the fix was in.

There are times when complaints are simply excuses rather than reasons. For instance, many opponents countered the decision to put Nishi on the June ballot with a complaint about why the rush to put the matter on the ballot.

From their perspective, there were a lot of problems with the project that might have been resolved by waiting until November.

As I argued in June, there are certainly times when it is hard to separate legitimate reasons for delay from excuses to oppose a given project. Many of the speed complaints were simply dismissed as stall tactics.

On the other hand, in retrospect, one of the failures of Measure A was that we proceeded faster than the speed of trust and left too many things to the opposition to exploit. In a narrow election, it appears there was just enough uncertainty and legitimate lack of trust to make the project fail.

It is hard to know if November would have permitted the city to better tidy up traffic flow on Richards, gain a firmer stance from the university on a grade-separated crossing, firm up sustainability features, etc.  On the other hand, the air quality issue would not have been resolved in November, nor would the affordable housing issue.

There are trust issues going both ways, with opponents of projects distrusting the council, believing that the council was trying to cook the process, while council distrusted opponents, believing that complaints were based on stall tactics rather than legitimate concerns.

The question comes to whether we can restore trust in a world where the community is divided on core issues, but the council appears relatively on the same page.  It was noted to me that the council is largely in sync on the need for a new general plan, whereas I believe the citizenry itself is far more divided.

Can we bridge that gap?  Somewhat, if we have really good process.  As I suggested a week or so ago, we need to have some sort of visioning process where we have people from across the spectrum participating.

I really believe that the community is divided in three ways instead of two.  There are those who generally favor development, those who generally oppose it, and those in the middle who are not paying attention to the process until a matter comes to a vote.

If the council wants to fix the trust issue, the key may rest in bringing in that middle group in the early stages.  That is a tough task and a tall order.

In the meantime, the city and council should do everything possible to be above board.  Be sensitive to process concerns and do not schedule community meetings in August.

26 thoughts on “Sunday Commentary: Trust Issues and, Once Again, How Do We Fix Them?”