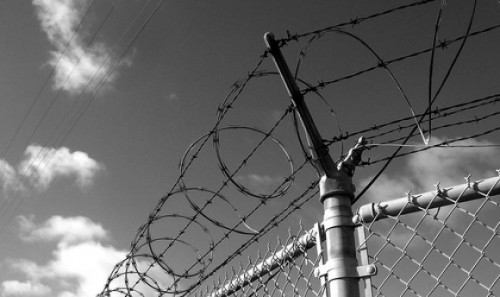 (from Press Release) – On August 4, 2016, the U.S. Court of Appeals for the Ninth Circuit affirmed the ruling in Mony Preap et al. v. Johnson. The class action successfully challenged the federal government’s practice in California of detaining certain immigrants without bond, often for many months, while they face deportation proceedings. Today’s ruling means thousands of California’s immigrants may now make an individualized case against their detention, thereby safeguarding families and correcting an injustice.

The Court specifically struck down the government’s practice of subjecting immigrants to mandatory detention based on crimes they may have committed years ago, even if those individuals had long since rehabilitated themselves. By refusing detainees bond hearings at which they could demonstrate their fitness for release, the government unnecessarily rips immigrants away from their families, communities, and livelihoods; as well as compromises their access to representation. Many immigrants caught in the mandatory detention dragnet are longtime residents of the United States who have rehabilitated themselves and raised families.

To challenge this government policy, Asian Americans Advancing Justice, the American Civil Liberties Union of Northern California and Keker & Van Nest filed suit on behalf of three immigrants who were taken into mandatory detention for minor crimes they had committed many years ago. They all had records of employment, strong family relationships and aspirations to become citizens. The three organizations filed the class action on behalf of all similarly situated persons in California and in May of 2014, won our motion for a preliminary injunction and motion for class certification. That victory initially blocked the mandatory detention policy throughout California, where 20% of the country’s immigration detentions occur. The appellate ruling affirms the injunction against the government’s unlawful practices.

“Today’s decision reminds us we must remain attentive to our government’s use, and as in this case, misuse of power. So that when the government oversteps, we remind it of the proper scope of its authority,” said Keker & Van Nest Partner Ashok Ramani.

“Today’s decision is a victory for fairness and due process of law. People who have served their time, turned their lives around, and are supporting their families should not be condemned to mandatory lock-up. In America, everyone should get a chance to see a judge before their freedom is taken away,” said Michael Tan Staff Attorney at the ACLU Immigrants’ Rights Project (IRP).

Most immigrants who are detained by Immigration and Customs Enforcement (“ICE”) and placed in deportation proceedings are eligible for release on bond. Under a broad and incorrect interpretation of federal law, however, each of the named plaintiffs in this case has been denied the opportunity to challenge his detention while deportation proceedings are pending. The lawsuit proposes that the named plaintiffs, and other immigrants similarly situated within California, should have the opportunity to make an individualized case against their unconditional detention before an immigration judge and be considered for release.

Under the challenged policy, immigrants who are fighting deportation can be locked up for months, irrespective of their individual circumstances, as their cases progress with no opportunity for custody review by an immigration judge. Mandatory immigration detention is an extraordinary deprivation of physical liberty without procedural protections. The advocates urge that immigrants are entitled to go before an immigration judge to request release while they fight their deportation cases.

The suit was filed in the Northern District of California and seeks a court ruling establishing that mandatory detention be reserved for the narrow group of individuals defined by law: people who are transferred to immigration custody immediately upon their release from criminal custody for specific, enumerated crimes.

On January 5, 2015, Defendants filed a consolidated appeal with the U.S. Court of Appeals for the 9th Circuit. The appeal was argued on July 8, 2015.

On August 4, 2016 the U.S. Court of Appeals for the 9th Circuit affirmed the district court’s ruling. Establishing that the government’s practice of detaining such individuals without bond hearings contradicts the plain language of the detention statute.

“Indeed, the imposition of robotic detention procedures in such cases not only smacks of injustice, but also drains scarce detention resources that should be reserved for those aliens who pose the greatest risks,” ruled Judge Nguyen.

Share:
Tags:9th Circuit Court of AppealsACLUICEImmigration RightsMandatory Detention
Previous : Defendant in Gang Murder Prelim Held to Stand Trial
Next : Where is the Vanguard Getting Its Revenue?