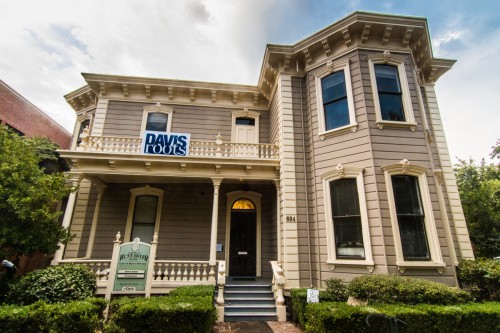 In a 2013 meeting amongst respected colleagues, Rick Erickson had an “aha” moment. While listening in on a discussion of a plan to re-indicate an already successful adult-approved antibiotic treatment for children, he began seeing holes in the system of communication between drug development and research site companies. Noting unnecessary costs and avoidable research errors, he concluded that there must be a better way to facilitate this kind of flow of information. By the end of that same meeting, Rick had envisioned a new approach to information access and exchange using cloud-based software technology.

Three years later, Rick found himself climbing Mt. Diablo alongside long-time friend and colleague, MIT microbiologist Greg Williams. As they talked about the heftier matters of their respective lives, Greg, a Davis resident since 1992, suggested that Rick consider both Davis and Davis Roots for his prospective projects. Within weeks, the team at Davis Roots were introduced to Rick and his idea to build a new pharmaceutical research software product. With clinical research veteran and Davis Roots co-founder Anthony Costello leading Roots’ medical technology mentorship activities, a highly capable team quickly formed around Psynthesys in support of its vision.

Both Rick and Greg are hopeful that the software produced by Psynthesys will successfully reduce costs and errors in communication that currently plague information exchanges between clinical research investigators and developers. In discussing Pynthesys’s future prospects, Anthony Costello commented that “clinical trials are notoriously complex and difficult, especially with regards to information access and data sharing. With thoughtful direction and a strong team, I believe that the Psynthesys product could prove invaluable in an industry known for unnecessarily cumbersome systems currently used to maintain data integrity in clinical trials.”

Having bypassed a large pool of Bay Area based business incubators and accelerators, Rick and Greg see the active, progressive community of Davis as the best starting point for their fledgling company. In addition to the high-quality mentor-and-advisorship offered by Davis Roots, they feel that both the availability of a highly-capable workforce in the UC Davis community and potential synergy with similar startup companies in the area will allow Psynthesys to reach its full potential.

Users can access the information at any time from web and/or mobile devices.

4 thoughts on “Davis Roots Draws in Psynthesys from Bay Area”