On Sunday morning the Vanguard walked around the proposed Hyatt House site and the adjacent neighborhood with the intention of evaluating the concerns of the neighbors in advance of the Davis Planning Commission meeting this Wednesday.

Our overall impression is that the site, with a greenbelt separating it from neighbors, will be well buffered from the most serious concerns of the neighbors.  Most of the neighborhood will not have direct line sight to the hotel.  The developer has told us that the trees along the greenbelt will remain, many of the neighbors have their own line of trees and, by the far side of Albany, there will be several layers of trees to look through.

The rest of this piece will address some of the more specific concerns of the neighbors as well as present some of the photos taken on the site.

Safety issues: The neighbors have presented various safety concerns.  There is a foot and bike access point that leads to the greenbelt and through to Albany Ave.  There is certainly some risk there, but how much risk is unclear.  In order to drive into the neighborhood, one would have to drive down Cowell, turn right on Drummond and then right onto Albany and then drive into a residential neighborhood.  That’s a long drive for someone that might potentially look to burglarize homes, and there are far easier targets with better freeway access.  Likewise, it seems unlikely that someone would go on foot or bike with the intention of a break-in.  Without discounting the possibility, there are simply more accessible targets that would not risk going blind into a residential neighborhood.  We therefore categorize this concern as plausible, but low.

Significant increase in foot and car traffic:  “According to KD Anderson & Associates, the transportation engineers hired by the project team, traffic impacts are negligible.”  Part of what we learned with the Embassy Suites analysis is that, unlike commercial businesses, there is no peak flow traffic for a hotel, people check in and check out during the course of the day.  They may go somewhere and return, but we are talking about a 120-unit hotel, on a road that is not impacted and again which is far away from the road.

Noise concerns: Walking around the neighborhood we heard motorcycles on the freeway as well as the ambient noise of the freeway.  The hotel will actually reduce that noise, as it will act as a sound wall.  That is what AEC, the acoustical engineering consultants hired by the project team, found.  “I80 road traffic noise is and will remain the existing major source of noise impacting the neighborhood. Sound levels will actually decrease at residences along Albany Avenue due to significant shielding by the proposed hotel building of transportation noise sources.”  This is an example where the hotel will actually improve the quality of life for neighbors rather than reducing it.

Lighting concerns: There are some concerns that there will be additional light pollution from the hotel.  While these seem legitimate on their face, anyone who drives down Cowell at night will note that Davis Diamonds is completely lit up in order to avoid concerns about vandalism.  It is therefore unclear that the hotel will add to those concerns about light.

Height of the hotel:  According to current zoning, the height limitations are three stories and 50 feet.  The hotel is proposed at four stories and 48 feet with the exception of the 52 foot “tower” – the portion of the hotel where the name will be displayed.  The Planning Commission will have to grant an exemption for the height of the building, however, our walk around suggested that most neighbors do not currently have a view of the freeway and will not be able to see the hotel.  There will be exceptions to that, but the impact here is limited. 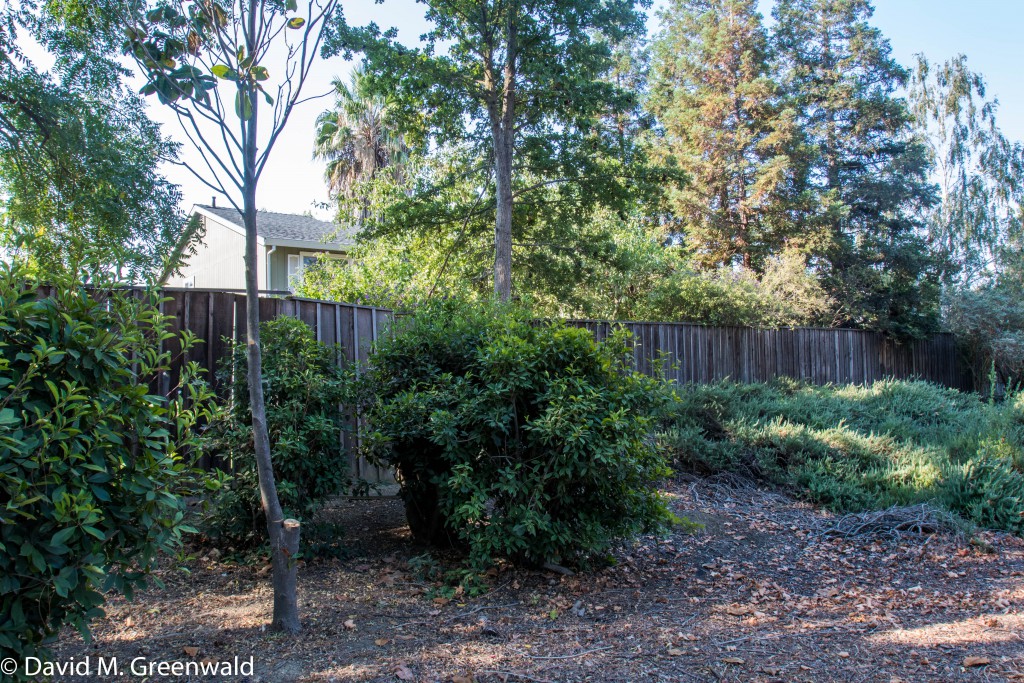 Adjacency to the immediate neighbors. The hotel plans, even with their recent adjustments to the plans, still locate the hotel only feet away from the backyards of residence.  This is true.  This will be a hotel that is located close to the backyards of residents.  However, there is a greenbelt and trees that provides separation. 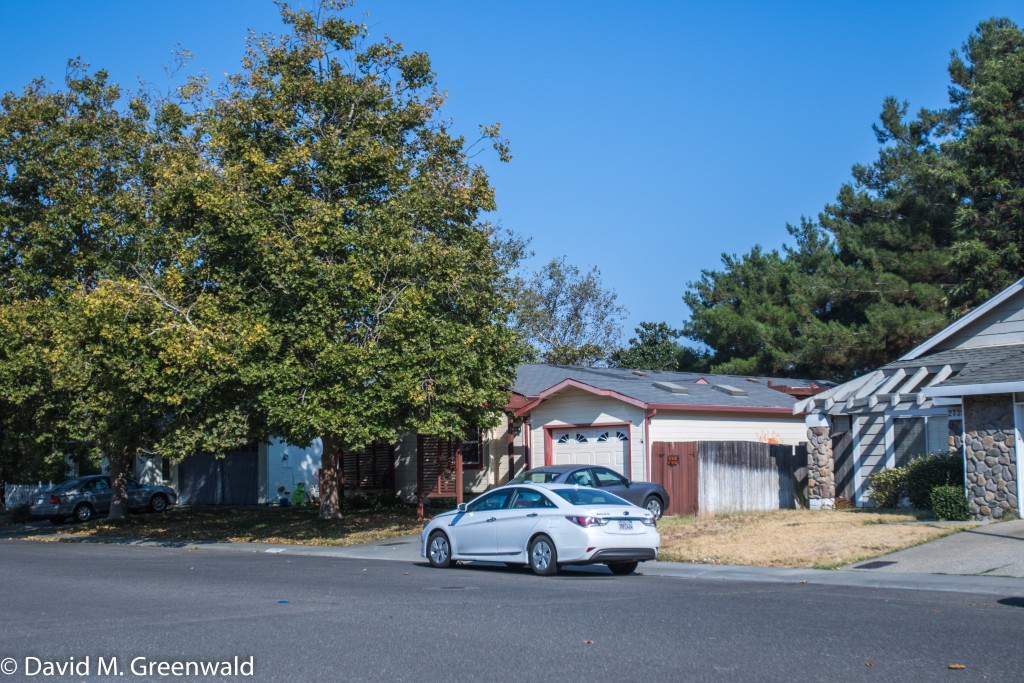 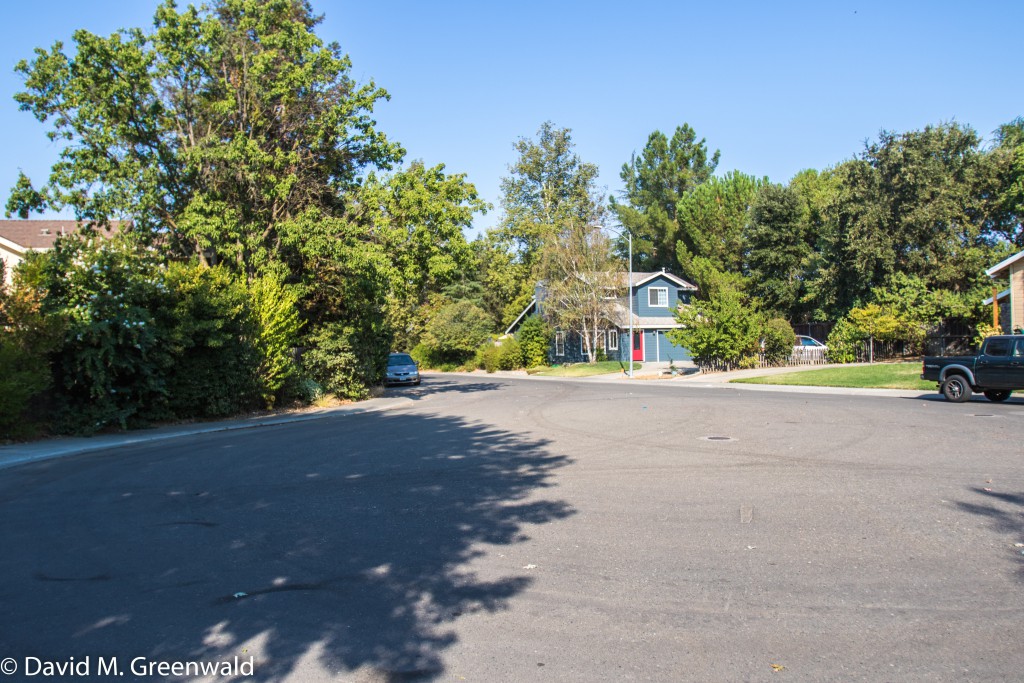 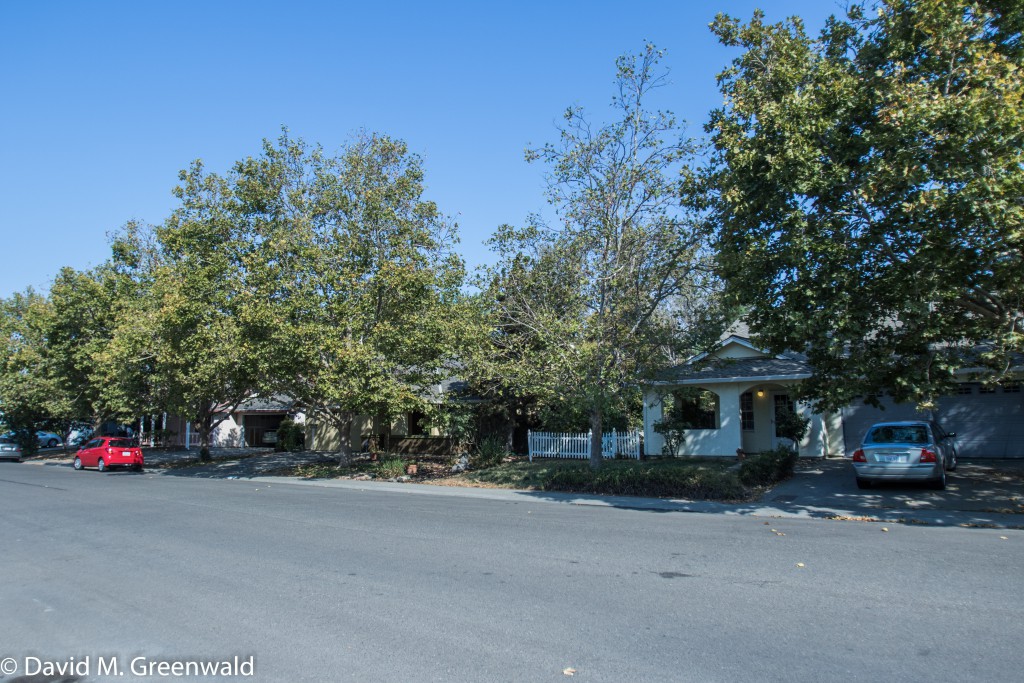 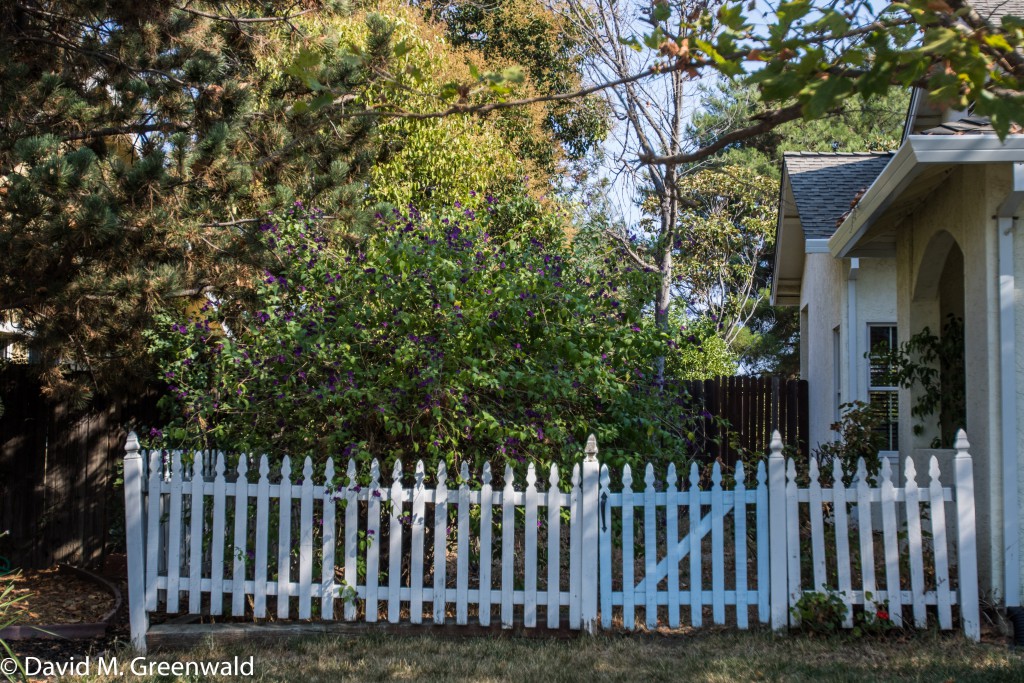 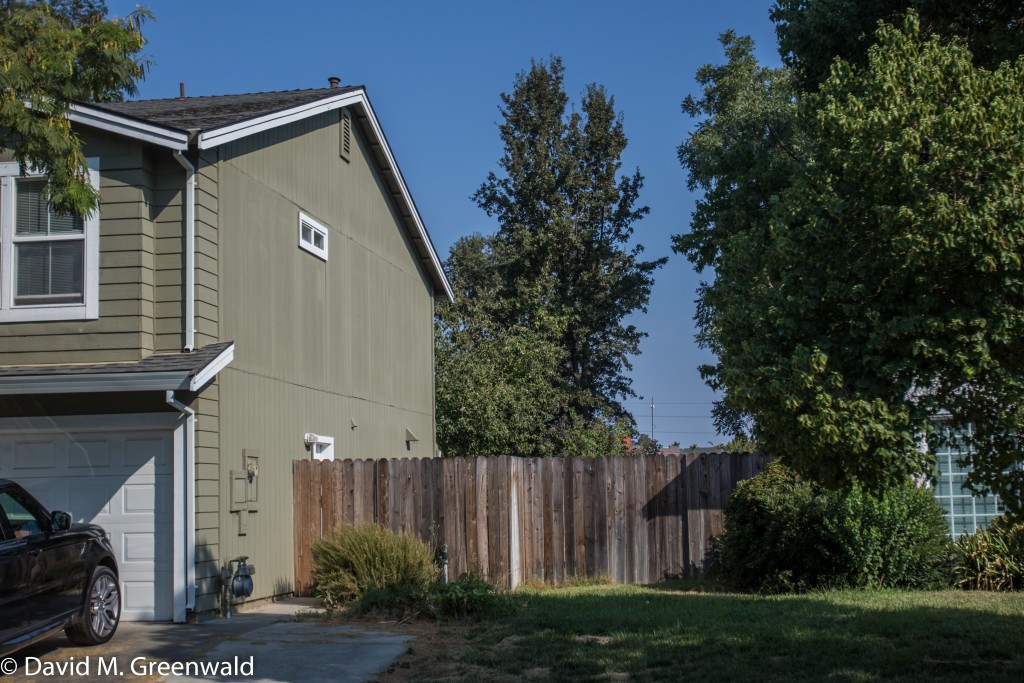 Transient nature of the business.  If the city followed current zoning, the businesses that could move there may well be just as transient.  One needs to look only around town to see store fronts vacant and offices that are unoccupied.  There is no way to protect against that for any commercial structure.  That said, there is a legitimate concern here that safety issues and other concerns will only be handled as well as the business is run.  A well maintained and well run hotel with responsive staff is probably not going to be a problem for the neighbors.  A poorly run hotel, with deteriorating conditions could be.  There is a legitimate concern that this could be a problem down the line, just as there is a legitimate concern that a deteriorating and poorly run New Harmony could be a problem down the line.  But that is probably a distant concern rather than an immediate one.

Lack of restaurants and services for guests.  Partially true.  One would have to drive 1.7 miles along Cowell and Chiles Road to reach McDonald’s, and further up the road is Nugget Market, Taco Bell, Subway and Cindy’s.  In the other direction, Safeway, Dos Coyotes and Round Table are about half a mile.  This is certainly not close proximity but probably not fatal to the hotel. 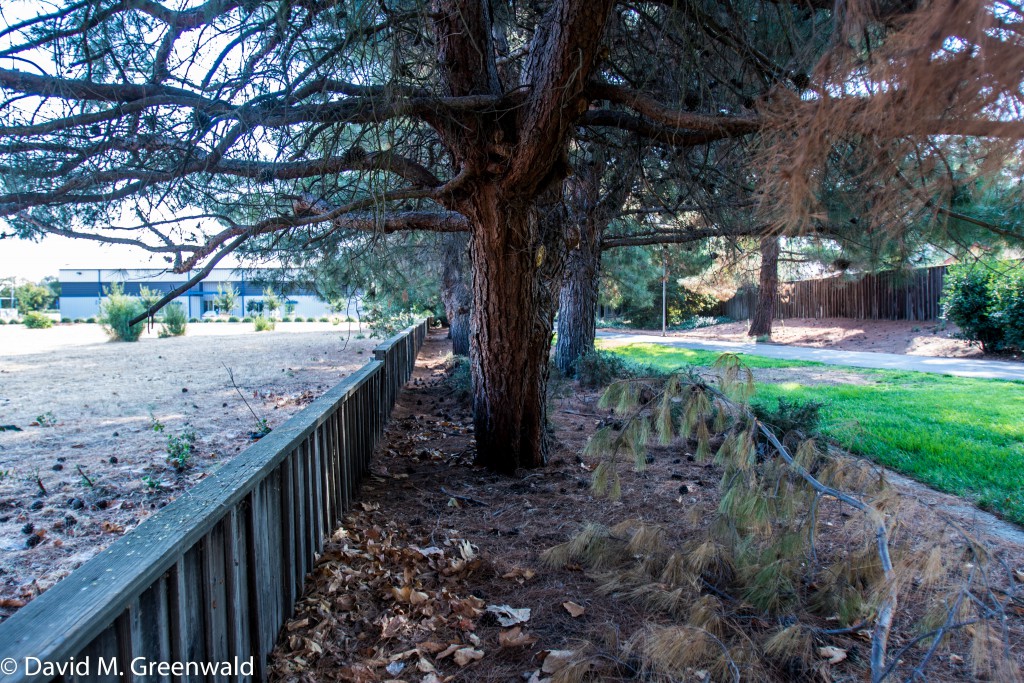 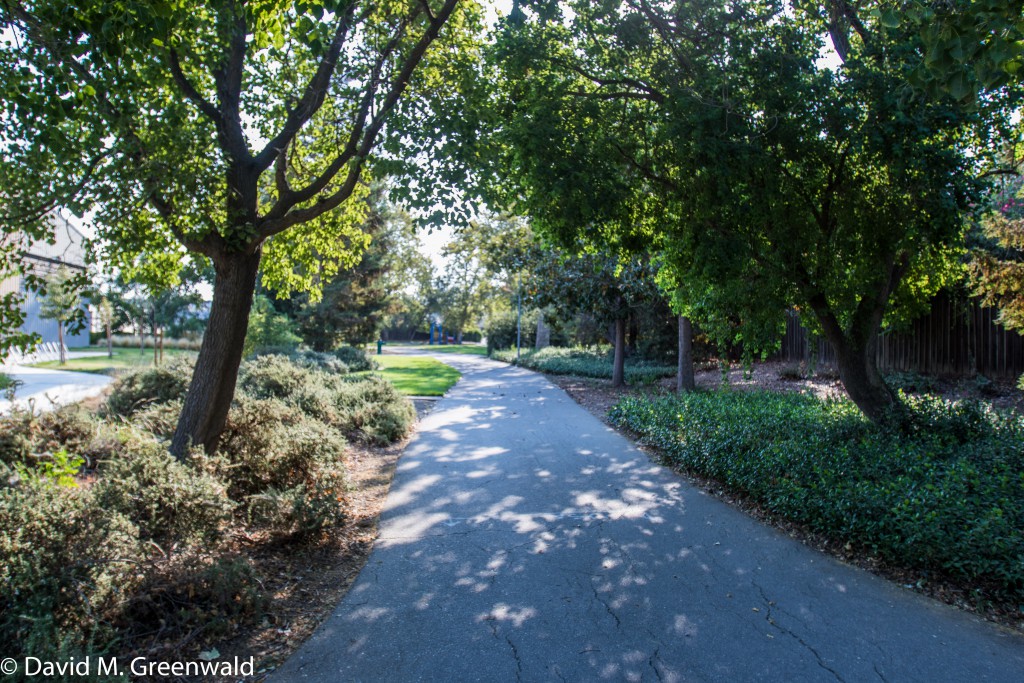 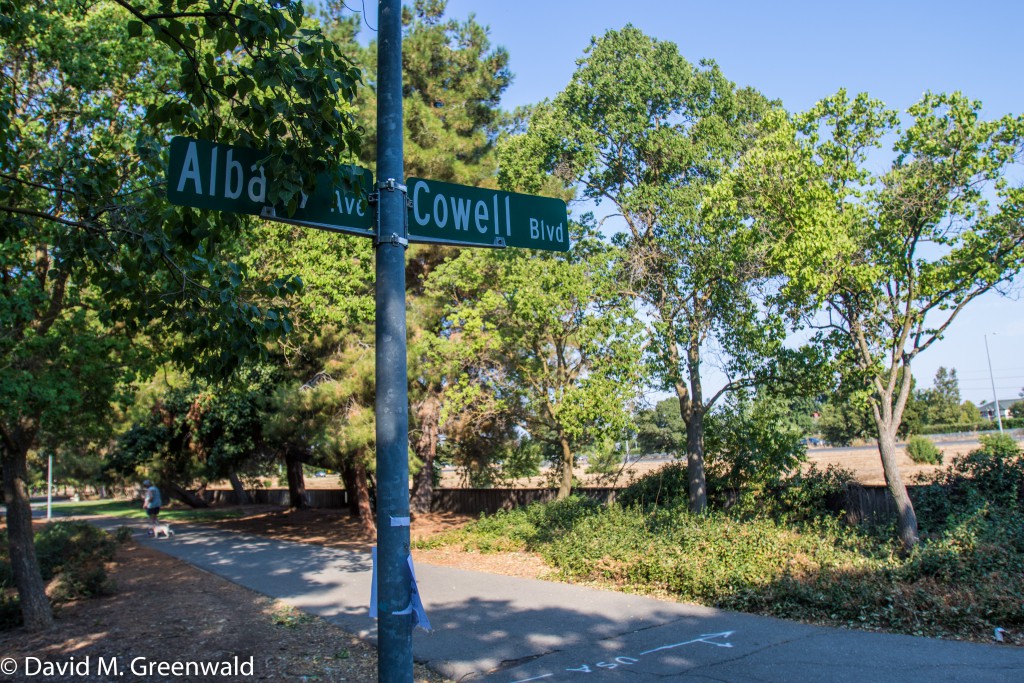 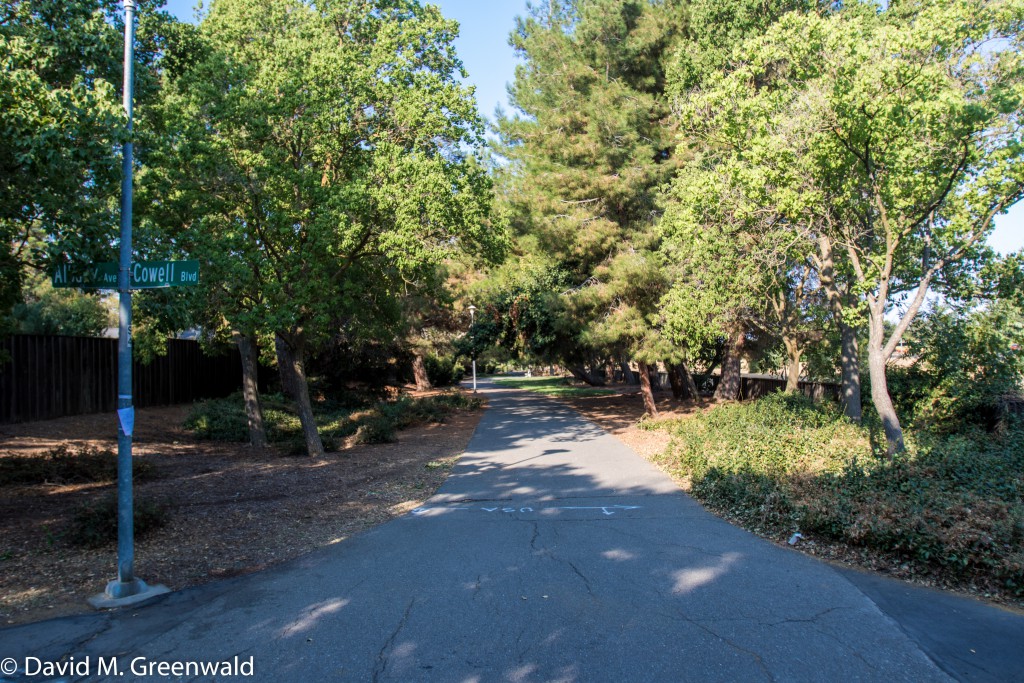 Tree issues.  The petitioners cited the suggestion by the tree study to remove up to 35% of the foliage.  The developer has no plans to do that and will in fact be planting trees to restore some of the gaps in the tree line along the greenbelt.  Michael Bisch told the Vanguard plainly, “No greenbelt trees will be removed, period.”

From the Vanguard’s tour, it seems that a lot of the neighbors’ concerns are mitigated by existing trees that will block some of the impact of the hotel.  While there are some legitimate concerns, for the most part it appears that most of the neighbors would never know that there was a hotel on the other side of Albany along the freeway, and some will be benefited overall from the presence of the hotel.

Share:
Tags:Hyatt HousePlanning COmmission
Previous : What Does the City’s Comprehensive Annual Financial Report Tell Us about the Health of the Hotel Market in Davis?
Next : Monday Morning Thoughts: Parcel Tax Likely to Be a Non-Issue this Election

267 thoughts on “Fact-Checking Concerns about the Hyatt House Hotel”