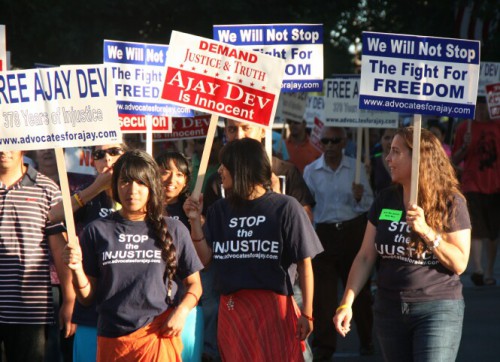 About six years ago, in Yolo County, Ajay Dev was sentenced to 378 years in prison for a crime he did not commit. The only evidence against him was a pretext call that his accuser was allowed to translate. She determined that one sentence in a 50-minute call was an admission of guilt.

1. The accuser did not take it as an admission of guilt at the time of the call since later in the call she complained that Ajay is not giving the accuser what she wants.

2. An independent translator could not determine what was said in that sentence, but could tell it was not an admission of guilt. The court used the accuser’s translation anyway. In addition, Ajay was not allowed by the court to give the reason his accuser would lie. A great injustice has been done, but in October, the courts through the appeal process can correct it. Free Ajay Dev! The courts just can’t fail him again.