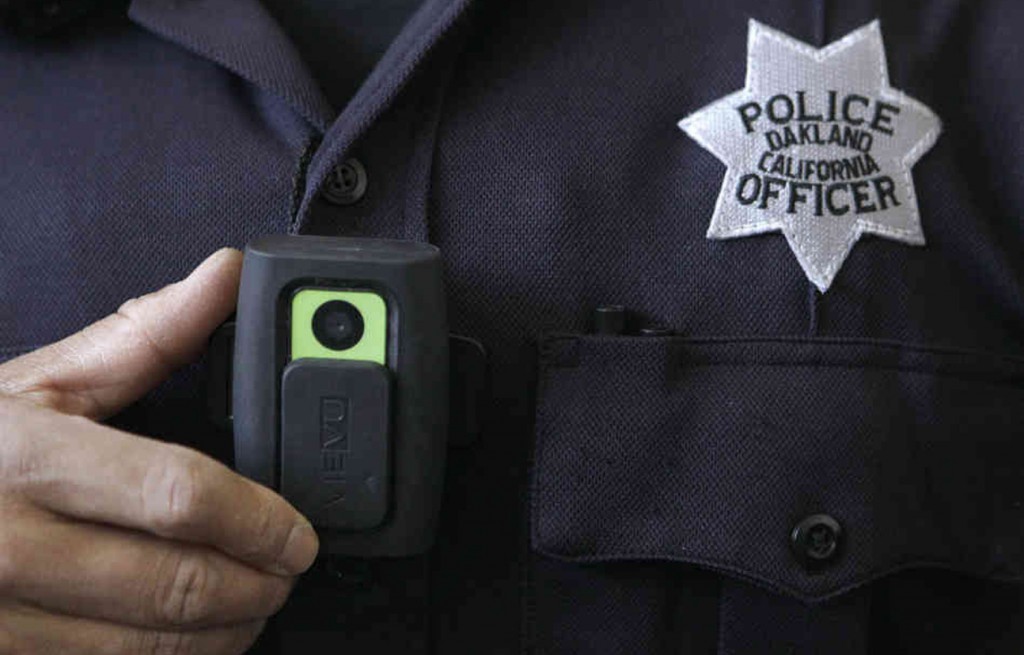 In the article we ran over the weekend, Peter Bibring and Catherine Wagner write that, while police body cameras are more and more often capturing critical incidents, without transparency it will be difficult for them to provide accountability and build trust in the community in moments of crisis.

In their example, they noted that transparency did not play out “because the LAPD’s policies for body cameras don’t provide transparency or assure the public that officers will be held accountable.”

Instead,”the department has stated that it generally holds videos from public view unless ordered by a court to release them. Romero’s family has called for the footage to be released.”

According to LAPD policy, “officers are able to review body cam footage before talking to investigators. Instead of promoting transparency and trust, LAPD’s body camera program has resulted in more questions than answers.”

That is the same policy that exists in Davis.  Police in Davis will not release videos unless the district attorney or defense attorney, through the discovery process, compel them to.  Likewise, a civil suit might result in the same.

The problem with that policy is that, if a critical incident ever occurred in Davis, the public pressure would mount on the DPD to release footage.  If they didn’t, then the public would start to sense a cover up.

The Vanguard is waiting for the next critical incident to challenge these policies.  Time is probably on our side, however, because critical incidents will be making their way through the court system.

One example is the city of Eureka case in which the court ruled that video of an arrest captured by a dashboard camera is NOT a confidential “personnel record” under Penal Code sections 832.7 or 832.8 and therefore “not a personnel record protected by the Pitchess statutes.”

They therefore affirm the court order requiring the city of Eureka “to release a portion of the video to local reporter and real party in interest, Thadeus Greenson.”

Of course, the incident happened in December 2012, so it took the court three and a half years to finally release the video.  This is a problem as well, as the issue becomes moot over time.  The value of the police video is that it weighs heavily and immediately on immediate public questions and either can exonerate the actions of police or cast doubt on them.

The 2012 incident involved the arrest of a minor where a sergeant chased the minor, who “was pushed to the ground, fell to the ground. or just gave up and laid on the ground.” Another police officer arrived “in his patrol vehicle with its in-car video equipment activated[.]”

According to the facts presented by the court: “A citizen lodged a complaint regarding the officers’ ‘handling of the minor’ and the Eureka Police Department conducted an internal affairs investigation. The prosecution charged Sergeant Laird with misdemeanor assault by a police officer without lawful necessity (§ 149) and with making a false report (§ 118.1). Both the prosecution and defense hired experts to review the evidence against Sergeant Laird. After reviewing the evidence = including the arrest video = the experts determined Sergeant Laird did not use excessive force during the arrest. The prosecution dismissed the charges against Sergeant Laird in January 2014.”

In 2013 and 2014, a reporter, Mr. Greenson wrote articles and requested the arrest video.  The city denied the request, “citing discretionary exemptions for personnel records and investigative files.”

According to Mr. Greenson, “the public has a right to know exactly what happened” during the minor’s arrest “to evaluate the performance of both its police officers and prosecutors. The public’s only avenue to that knowledge, and the only thing that will allow the public to make that evaluation, is the video [of the] arrest.”

The county objected, arguing that “[p]ublic dissemination of the video is not necessary to facilitate public scrutiny” of Sergeant Laird’s conduct because Mr. Greenson had “already obtained court records and other public documents describing the events depicted by the video and ha[d] previously published details of the incident. . .. Under these circumstances, release of the video would serve only to prejudice the minor by exposing his image, his actions, and his juvenile record to widespread public scrutiny.”

During a hearing on February 2014, the minor waived his right to confidentiality and consented to the disclosure of the video.  The city and county continued to oppose its release.

The court notes the city argued that the police department had conducted an internal affairs investigation and the video was “part of that [investigation]” and could not be released “without a successful Pitchess motion.” According to the city, a Pitchess motion could not be filed because “[t]here are no cases pending, no charges have been filed. Nothing is pending at this point.”

The court determined the video was not a confidential police personnel record protected by the Pitchess statutes.

As it explained, Greenson was “not requesting what might otherwise be the subject of a Pitchess type motion such as confidential citizen complaints and the resulting investigation or outcomes of those investigations. He is requesting only that information which would form the basis of the original criminal complaint against [Sergeant Laird] or delinquency proceedings against the minor.”

The court was not persuaded by the city’s argument claiming that dashboard camera videos fall in section 832.8 “because the police department might eventually use the videos to evaluate whether to initiate disciplinary proceedings against a peace officer.”

The court therefore affirmed the ruling from May 2015, but they noted, “We express no opinion on whether the arrest video is a public record under the California Public Records Act, nor on the propriety of the court’s ruling under Welfare and Institutions Code section 827 because the City did not raise these arguments on appeal.”

This is therefore a limited ruling, but an important one that arrest videos do not represent confidential personnel files.  However, the city of Davis could still claim the investigatory exemption.