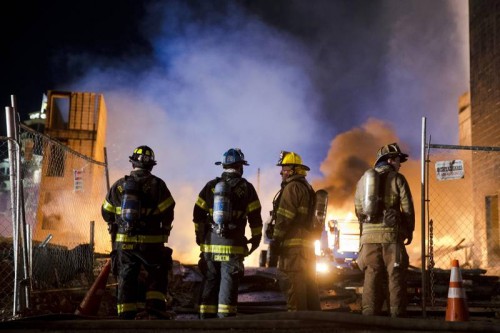 There can be little doubt after reading this report that there is a major problem in Baltimore and we can see why riots occurred and why crime, especially murder, has spiked.  Police critic Radley Balko said, “I’ve read a lot of Justice Department reports on local police agencies. This is one of the worst I’ve ever seen.”

Here are some key findings:

Here are some other excerpts from the report with the headings also written by the Justice Department:

“Numerous Baltimore residents interviewed by the Justice Department recounted stories of BPD officers ‘jumping out’ of police vehicles and strip-searching individuals on public streets. BPD has long been on notice of such allegations: in the last five years BPD has faced multiple lawsuits and more than 60 complaints alleging unlawful strip searches. In one of these incidents — memorialized in a complaint that the Department sustained — officers in BPD’s Eastern District publicly strip-searched a woman following a routine traffic stop for a missing headlight. Officers ordered the woman to exit her vehicle, remove her clothes, and stand on the sidewalk to be searched. The woman asked the male officer in charge, ‘I really gotta take all my clothes off?’ The male officer replied ‘yeah’ and ordered a female officer to strip search the woman. The female officer then put on purple latex gloves, pulled up the woman’s shirt and searched around her bra. Finding no weapons or contraband around the woman’s chest, the officer then pulled down the woman’s underwear and searched her anal cavity. This search again found no evidence of wrongdoing and the officers released the woman without charges. Indeed, the woman received only a repair order for her headlight. “

“In some cases, BPD supervisors have instructed their subordinates to specifically target African Americans for enforcement. A sergeant told us that in 2011 her lieutenant — a commander in charge of setting enforcement priorities for an entire police district during the shift — ordered the sergeant to instruct officers under her command to ‘lock up all the black hoodies’ in her district. When the sergeant objected and refused to follow this order, she received an ‘unsatisfactory’ performance evaluation and was transferred to a different unit. The sergeant filed a successful complaint about her performance evaluation with BPD’s Equal Opportunity and Diversity Section, but BPD never took action against the lieutenant for giving the order to target ‘black hoodies’ for enforcement.

“Similarly, as described above, in 2012 a BPD lieutenant provided officers under his command with a template for trespassing arrests that suggested officers would arrest exclusively African-American men for that offense. As in the first example, this directive is especially concerning because it came from a shift commander. These statements targeting African Americans for enforcement reinforce the statistical disparities in enforcement outcomes that we measured. The enforcement activities ordered by the BPD commanders — arresting African Americans for trespassing and finding any possible basis to arrest ‘black hoodies’ — are consistent with the racial disparities we found in BPD’s discretionary stops, searches, and misdemeanor arrests.”

“The racial disparities in BPD’s stops and searches are further reflected in BPD’s arrest practices. From November 2010 – July 2015, BPD charged African Americans with 280,850 criminal offenses, constituting over 86 percent of all charges filed for which the race of the offender is known. Expressed a different way, African Americans in Baltimore were charged with one offense for every 1.4 residents, while individuals of other races were charged with only one offense per 5.1 residents. This discriminatory pattern is particularly apparent in two categories of BPD’s enforcement: (1) warrantless arrests for discretionary misdemeanor offenses such as disorderly conduct and failing to obey an officer’s order; and (2) arrests for drug possession. In both cases, officers arrest African Americans at rates far higher than relevant benchmarks.

“Evidence of Gender Bias in BPD’s Response to Sexual Assault”

“We were also troubled by statements of BPD detectives suggesting an undue skepticism of reports of sexual assault. One victim advocate told us about a detective in the BPD Sex Offense Unit making comments at a party, in the company of BPD officers and victim advocates, that, ‘in homicide, there are real victims; all our cases are bullshit.’ When another person suggested the detective soften the statement, the detective added, ‘Ok, 90 percent.’ We also reviewed e-mail correspondence between a BPD officer and a prosecutor in which they openly expressed their contempt for and disbelief of a woman who had reported a sexual assault: the prosecutor wrote that ‘this case is crazy. . . I am not excited about charging it. This victim seems like a conniving little whore. (pardon my language).’; the BPD officer replied, ‘Lmao! I feel the same.’”

“We found evidence that BPD supervisors have explicitly condoned trespassing arrests that do not meet constitutional standards, and evidence suggesting that trespassing enforcement is focused on public housing developments. A shift commander for one of BPD’s districts emailed a template for describing trespassing arrests to a sergeant and a patrol officer. The template provides a blueprint for arresting an individual standing on or near a public housing development who cannot give a ‘valid reason’ for being there—a facially unconstitutional detention. Equally troubling is the fact that the template contains blanks to be filled in for details of the arrest, including the arrest data and location and the suspect’s name and address, but does not include a prompt to fill in the race or gender of the arrestee. Rather, the words ‘black male’ are automatically included in the description of the arrest. The supervisor’s template thus presumes that individuals arrested for trespassing will be African American. …

“One African-American man in his mid-fifties was stopped 30 times in less than four years. The only reasons provided for these stops were officers’ suspicion that the man was ‘loitering’ or ‘trespassing,’ or was part of a ‘CDS investigation.’ On at least 15 occasions, officers detained the man while they checked to see if he had outstanding warrants. Despite these repeated intrusions, none of the 30 stops resulted in a citation or criminal charge.”

“Racial Disparities in Stop and Searches”

“BPD disproportionately stops African Americans standing, walking, or driving on Baltimore streets. The Department’s data on all pedestrian stops from January 2010 to June 2015 shows that African Americans account for 84 percent of stops 55 despite comprising only 63 percent of the City’s population. Expressed differently, BPD officers made 520 stops for every 1,000 black residents in Baltimore, but only 180 stops for every 1,000 Caucasian residents …

“Closer analysis highlights the impact of these racial disparities. Individual African Americans are far more likely to be subjected to multiple stops within relatively short periods of time. African Americans accounted for 95 percent of the 410 individuals stopped at least ten times by BPD officers from 2010–2015. During this period, BPD stopped 34 African Americans at least 20 times and seven other African Americans at least 30 times. No person of any other race was stopped more than 12 times. One African-American man in his mid-fifties was stopped 30 times in less than four years. The only reasons provided for these stops were officers’ suspicion that the man was ‘loitering’ or ‘trespassing,’ or was part of a ‘CDS investigation.’ On at least 15 occasions, officers detained the man while they checked to see if he had outstanding warrants. Despite these repeated intrusions, none of the 30 stops resulted in a citation or criminal charge.”

“In addition, BPD’s disproportionate enforcement against African Americans is suggestive of intentional discrimination because the racial disparities are greatest for enforcement activities that involve higher degrees of officer discretion. In the five years of arrest data we reviewed, African Americans accounted for a larger share of charges for highly discretionary misdemeanor offenses than for other offenses, including: 91 percent of those charged solely with trespassing, 91 percent of charges for failing to obey an officer’s orders, 88 percent of those arrested solely for ‘impeding’ and 84 percent of people charged with disorderly conduct. As noted above, booking supervisors and prosecutors dismissed a significantly higher portion of charges made against African Americans for each of these charges. This pattern indicates that, where BPD officers have more discretion to make arrests, they exercise that discretion to arrest African Americans disproportionately. Moreover, the racial disparities in dismissal rates exist only for highly discretionary misdemeanor arrests, not felony arrests. That is, booking officials and prosecutors dismissed charges at nearly identical rates across racial groups for felony charges like first degree assault, burglary, and robbery for which there is little officer discretion about whether to arrest suspects. For every discretionary misdemeanor offense that we examined, however, officials dismissed charges against African Americans at significantly higher rates—indicating that officers apply a lower standard when arresting African Americans for these offenses.”

Other notes from the report:

The report outlined numerous examples of black men arrested or stopped merely for walking down the sidewalk, sitting on steps outside a private home or talking outside of a liquor store with their sibling — essentially stopping people on the street for no good legal reason.

“These and similar arrests identified by our investigation reflect BPD officers exercising nearly unfettered discretion to criminalize the act of standing on public sidewalks,”

No good reason for a stop? “Then make something up”

Officers often targeted black pedestrians for stops without reasonable suspicion. Based on a sample of about 7,200 cases, only 1 out of every 27 pedestrian stops resulted in a citation or arrest.

Such stops would often occur under a supervisor’s directive’s to “clear corners,” a practice of stopping and questioning a group and ordering them to scatter. During a ride-along with Justice Department officials, a sergeant told a patrol officer to “clear a corner,” but the patrol officer said he had no reason to stop them.

“The sergeant replied, ‘Then make something up.’”

Illegal stops result in confrontations that can be avoided, the report said.

In one case, police stopped a black man wearing a hoodie in a “high crime area” because he “thought it could be possible that the individual could be out seeking a victim of opportunity.” The incident escalated with police — who had no legal reason to stop the man — beating the man in the face, neck and ribs and deploying a Taser on him twice.

The man was later taken to a hospital, and not charged with any offense. Yet later, the officer’s supervisor determined in a report that the “officers showed great restraint and professionalism.”