While I am supposed to be resting and vacationing in San Luis Obispo with my kids and parents, I decided to take a break from my break to look at how Cal Poly and San Luis Obispo are dealing with some of the very same challenges that face UC Davis and Davis.

An article in the local paper from January 2016 shows that a group of residents, neighbors of the university, signed a petition asking the CSU Board of Trustees “to cap the number of students at Cal Poly and build dorms for at least two-thirds of them.

“San Luis Obispo is crumbling under the weight of students,” read the petition.  Cal Poly has agreed to house 65 percent of students on campus “as soon as possible,” with the goal of “housing all freshmen and sophomores on campus by 2020.”

For 33 years, the residents pushed, but Cal Poly increased enrollment without building more on-campus housing.  Cal Poly, in fact, grew over a 31-year period from 15,158 to 19,303 in 2003-04 without adding housing.  According to the article, in 2015, there were 7377 students living on campus, which is just over one-third the total student population.

While residents in San Luis Obispo may be complaining, Cal Poly actually houses a much greater percentage of students on campus than UC Davis (which is about one-fourth).  And while UC Davis has committed to housing 90 percent of new students, Cal Poly has agreed to house pretty much all new students and increase on-campus housing to 65 percent.

One way they started doing this was building Poly Canyon Village in 2007.

As I have noted before, this model might work in Davis.  It houses 2700 students on 30 acres, two-thirds of the size of Nishi, by way of comparison.  But Nishi would only have housed perhaps 1500 students.

They key is that the project is comprised of nine 4- and 5-story buildings, but it has a central square with retail, food, banking and restaurants.

It also has a community center, swimming pool, and two large parking garages (I’m told they built far more capacity than they need).

Someone asked me while I was down here to get some shots of Poly Canyon Village.  So these are from the other morning.  In addition, I’m going to try to get an official tour later this week so I can see the inside of the buildings.

I came away very impressed with the project.  The project itself was controversial, as they built near the majestic Poly Canyon, which is a sensitive wildlife and ecological area. 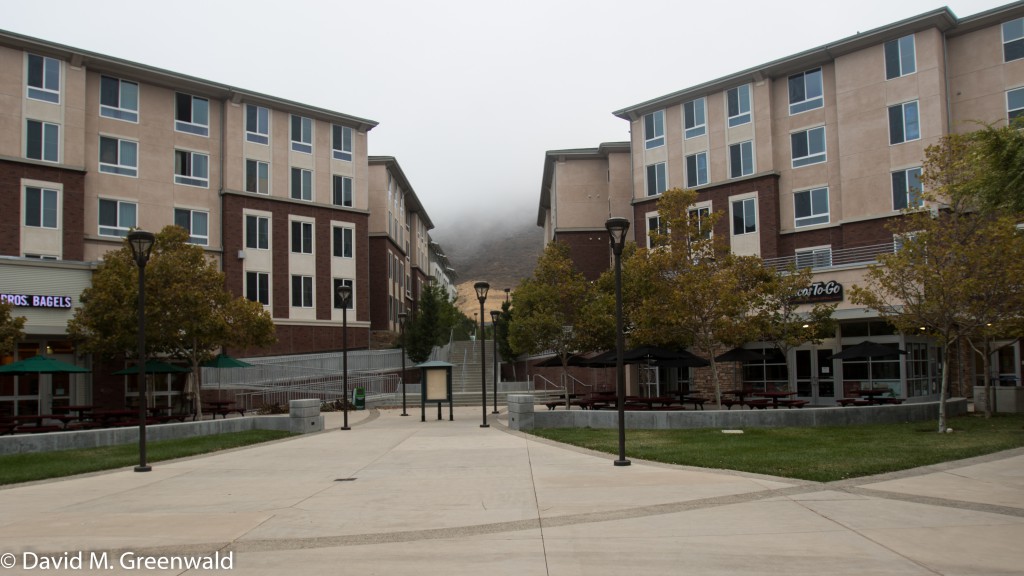 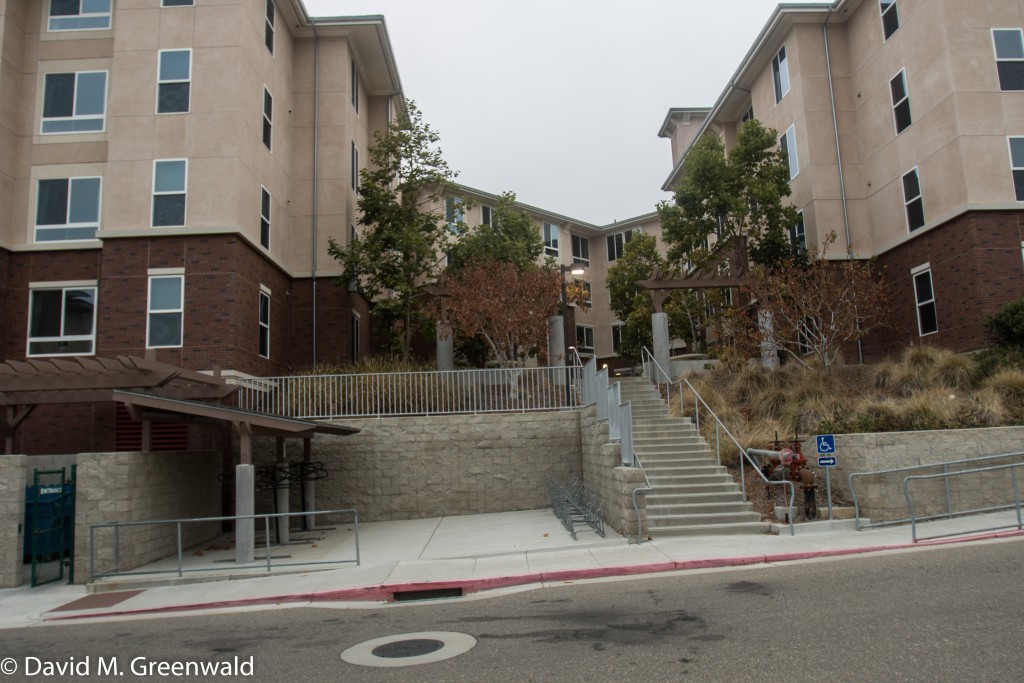 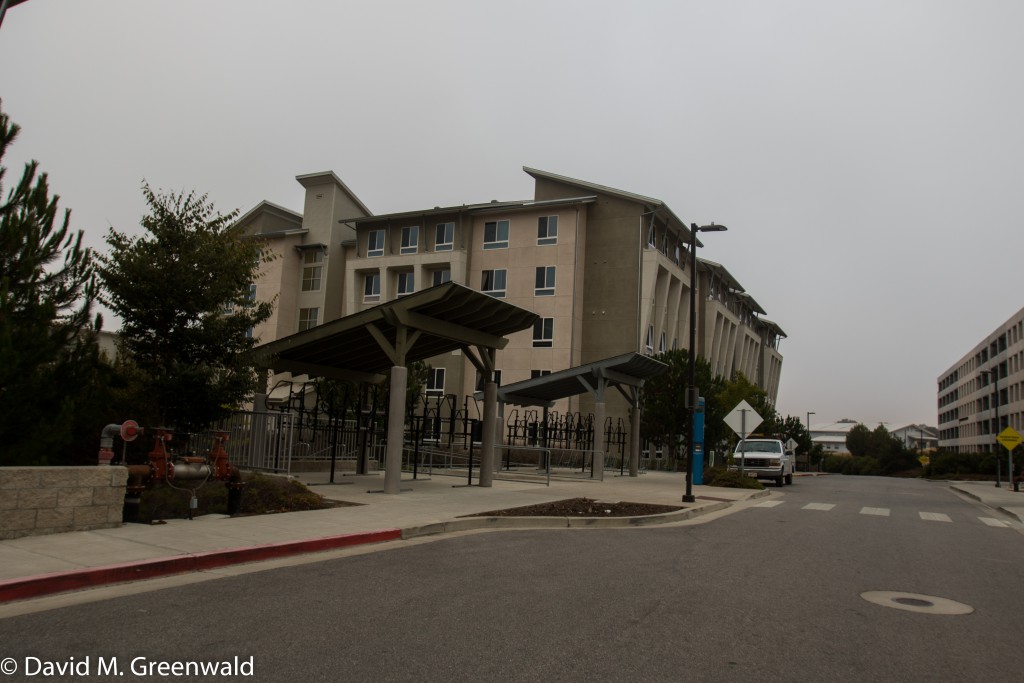 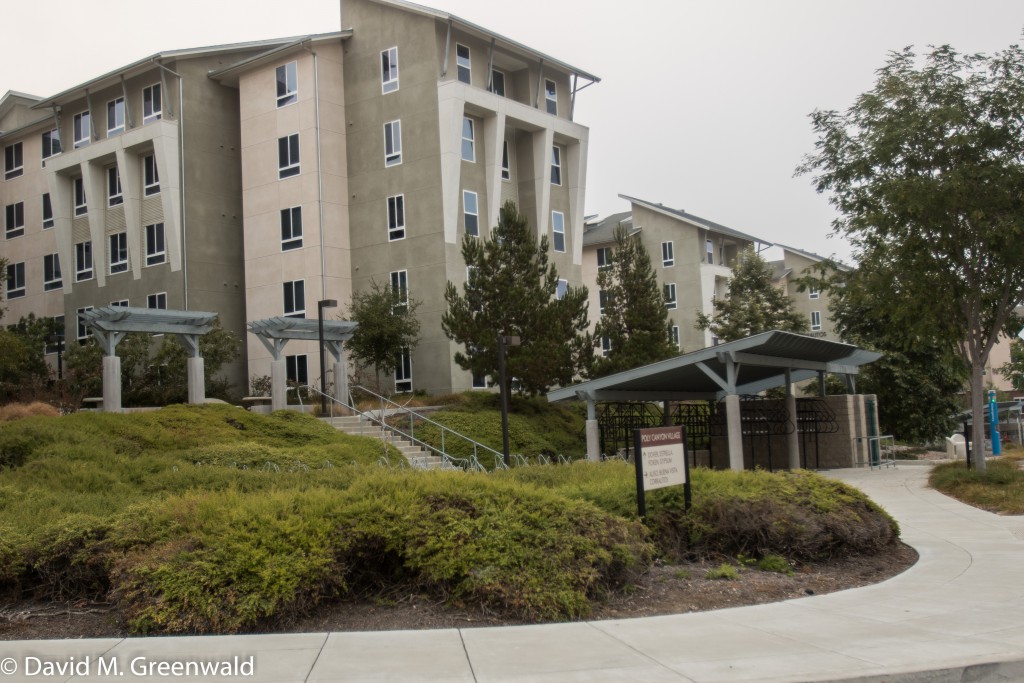 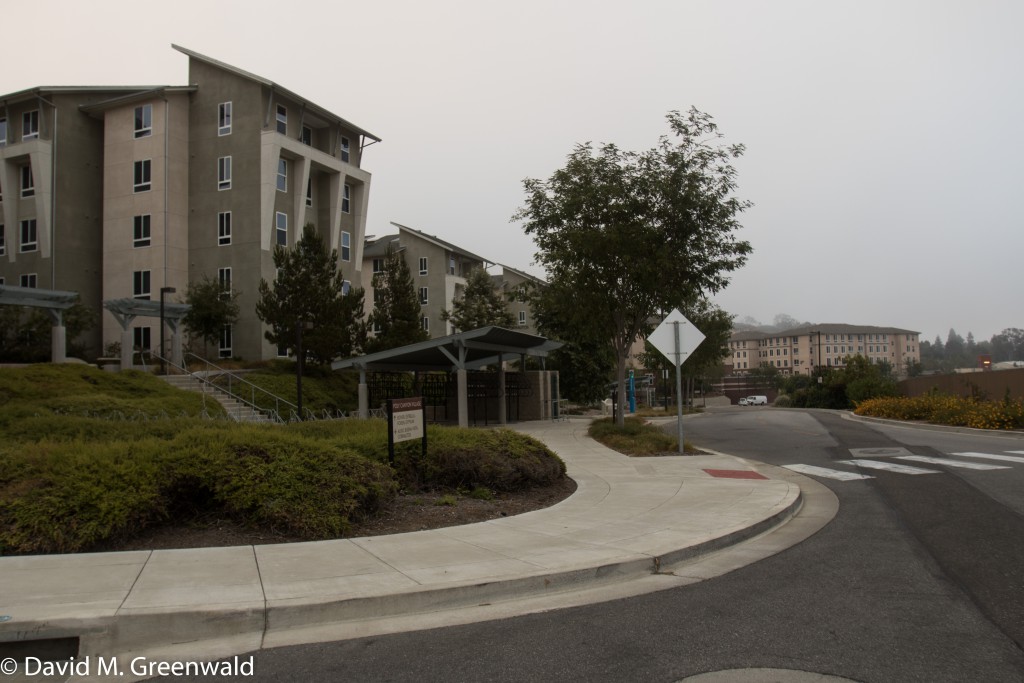 Share:
Tags:HousingRental HousingUC Davis
Previous : Where is the Vanguard Getting Its Revenue?
Next : Katehi’s Resignation Letter

28 thoughts on “Could This Be a Solution for Davis’ Student Housing Crisis?”