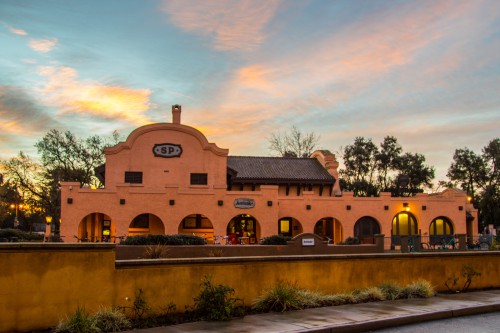 We live in a beautiful community that we cannot afford to pay for with existing revenues.  We must understand and recognize the unpleasant truth behind that statement in order to meet the challenges that await us as a community in the next decade.

My analysis is that something is going to have to change in this community – and we are all going to have to give a little.  Yesterday I laid out four possible ways forward – each of which appear to be premised on a non-starter for some in the community.

Can we increase our net retail sales in Davis?  How do we do that?  Do we expand retail opportunities?  Do we re-invigorate the dispersed economic development model as laid out in the Studio 30 report?  Do we go the tax route?  Do we implement a multi-faceted approach that borrows from each of these?

Within the framework of each of these is a critical question: Measure R.  Some believe that no project can pass given the parameters of Measure R and that there is a core in the community willing to oppose any project.

Others are more hopeful.  They point to the near success of Nishi and argue that a better project could pass. While Nishi had more to offer than other projects, they believed it still had flaws that could have been overcome with time and effort.

There is good news – no one in the comments seemed to believe we didn’t face a problem here.  That is a big step forward, though the community itself remains largely in the dark as to the peril we face.  It suggests that, with a concerted effort, we can educate the community about our moment of crisis.

At the same time, I want to highlight some points made by Matt Williams.  I put out a figure of $3000 per year parcel tax as one alternative which seemed to cover the needs of both schools and the city.  But Matt Williams is clearly concerned that it is a low number.

The $1700 parcel tax is premised on the belief that we need about $32 million in additional annual funding to meet current infrastructure needs.  However, he writes, “Given the recent investment return report from CalPERS, that $32 million per year is likely to go up another $5-7 million.”

He continues with a point I was hoping to raise through yesterday’s column, saying that “unless our community gets ‘honest’ with itself, we won’t make informed (dare I say wise) decisions.”

He writes that “the unfunded portion of the $10 million per year for the next 20 years for Roads and Bike paths is only 28.4% of the Staff-reported unfunded liability total.”

Or, as he put it later, “it is not unreasonable to expect the current $114 million combined PERS and OPEB unfunded liability to double, and the annual contribution required by PERS to increase substantially as well.  If both of those things happen $3,000 will be a low number (with anything that DJUSD needs being over and above that).”

Is that a worst case scenario?  Perhaps.  But it illustrates the very real problem we face as a community.

There are those who believe we can still solve the problem through austerity and cuts.  When you are dealing with figures of $32 million in a budget that is about $56 million or so for the general fund portion, you just are not going to make those kinds of cuts without taking out huge swaths of the very city services and amenities that make our community Davis and that we are trying to save.

We are not going to solve this problem with one round of revenue increases, thus I don’t support the $3000 parcel tax.

Instead, I think we each have to be honest with ourselves about what the task is ahead of us.

The fact is that we are facing the real possibility of not being able to meet our roads and bike path needs.  Are we as a community willing to shut down our bike path network?

We need to face the real possibility that we cannot afford the upkeep on our parks – are we willing to shut down our parks?

We need to face the real possibility that we won’t be able to maintain our swimming pools – do we want more closures?

We need to face the real possibility that we won’t be able to maintain our greenbelt network – should we shut that down?  Potentially sell it to developers?

If the answer is no to those, then I think we need to re-examine what we are willing to do.  Are we willing to add retail and research parks?  Are we willing to approve some Measure R projects in hopes that we can maintain the great aspects of our community on the one hand, but preserve the ag and open space that we all appreciate?

Can we get creative and find ways to drive business and jobs to this community, not only to generate more tax revenue, but to get people here to actually buy products that will improve our economy and generate more taxes themselves?

I don’t want to go a $3000 parcel tax, but it is clear we need more immediate revenue while we are hopefully building for the future.

We have been comparing Davis to San Luis Obispo in hopes of better understanding our community.  Here is another piece of the puzzle – San Luis Obispo generated $6.8 million in TOT (Transient Occupancy Tax) in 2014-15.  They describe their effort: “much of this success can be credited to the city’s focused strategic tourism efforts…”

No one is saying that Davis can become San Luis Obispo here, but Davis can be a destination of sorts if it focuses on strategic tourism efforts as well.  Davis can be the epicenter of conferences and university and tech-inspired tourism that can bring money to the coffers.

As I said yesterday, I still believe that the vision of the Studio 30 report is largely correct, but, given the magnitude of the crisis, I think we can do more on the traditional retail front than we are doing.

In order to survive, everyone is going to have to compromise on a solution – that means giving on something.  The community must come together to figure out what that is and what they want this community to look like, not in 50 years, but in ten.  The crisis is now, it is upon us now and we must act today.

166 thoughts on “Sunday Commentary: Can We Forge Community Consensus to Solve Our Revenue Crisis?”