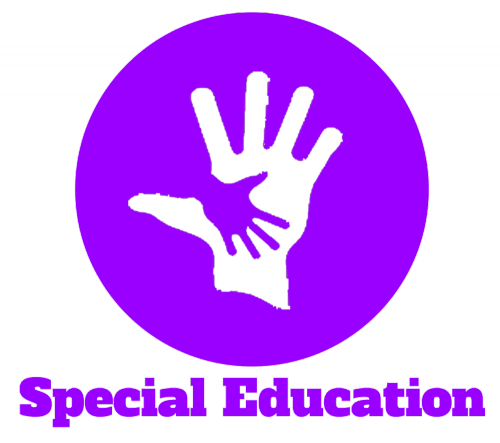 Editor’s note: the following was submitted as an open letter to the DJUSD School Board.  According to her, “The District was found out of compliance by the California Department of Education in August 2015 after I filed a complaint regarding the inability of School Psychologist Tim Paulson to provide IEP services for my son who has Autism (Asperger’s) even though the former IEP assessment clearly showed he qualified for the services.”  Views expressed are solely those of the letter writer.

My name is Jessica Wright.

I am the mother of a young man who is in 11th grade at Davis Senior High School.

My son is on the Autism Spectrum (or has what’s formally known as Asperger’s), and is a really amazing guy!

We had a late diagnosis at the age of 12 while living in Upstate New York. We returned back to Northern California because I grew up nearby, and wanted to be closer to my family.

I felt the students in the Davis area would not bully my son as well as be open-minded about the uniqueness of his disability.

Thankfully, this has proved true; however, I encountered one of the most unprofessional administrators (School Psychologist Tim Paulson), and that’s why I’m contacting the School Board.

Mr. Paulson created the most exhausting, stressful, illegal, and ridiculous roadblocks, so my son—even though he qualified for an IEP in his first assessment—had to go through 1 1/2 years of struggles before an IEP was awarded because of Mr. Paulson disregard for the IDEA and FAPE rules.

Believe it or not, the IEP process didn’t start off that way.

Originally, Peggy Holcomb did the IEP Assessment in September 2012 while my son was at Emerson, but then we relocated a month later due to my husband’s job. We were not able to finalize the IEP at Emerson, and my son’s new school only gave him a 504.

Due to the lack of the IEP at the new school, my son’s needs were not met (and he was emotionally overwhelmed), so we came back to Emerson because Peggy Holcomb had shown a high level of competency.

We returned to Emerson Junior High in the Fall 2013, and I asked to revisit the IEP assessment because the 504 wasn’t working.

Unfortunately, Peggy Holcomb was no longer there, and the new school psychologist Tim Paulson brushed off my son’s disability.

Over the course of the next year and a half, we tried to secure the IEP instead of the 504 (which wasn’t working), but Paulson failed to follow the law.

(Please see the CDE Reconsideration Investigation Report Case R-0042-15/16 for S-0812-14/15 that should be on file in the District Office. That will explain this time frame of problems in more depth.)

My son finally received an IEP in January 2015 (or the start of the second half of his 9th grade year) even though in September 2012 Peggy Holcomb clearly said that my son qualified for Special Ed in the first IEP assessment.

Two years later, Paulson used almost the exact phrasing as Holcomb when he filled out the IEP assessment.

Paulson chose not to give my son an IEP even though the qualification was in front of him the whole time. In addition, the California Department of Education agreed that he was out of compliance in the above investigation Case R-0042-15/16 for S-0812-14/15.

I’m writing today because there’s proof at the State Level that a person like Paulson should not be employed by the DJUSD, as he has clearly failed to show respect for a student under his watch. He clearly did not follow the rules, and so the DJUSD was found to be out of compliance with regards to Special Education.

His actions (or lack thereof) made it so my son and our family had to go through levels of stress that no family should ever have to endure (especially in Davis).

My question for the Board: Why hasn’t Paulson been dismissed yet?

Instead Paulson was moved from Emerson to DSIS last academic year, and then to Willett Elementary for this academic year.

The Final Finding of the Compliance Investigation clearly showed that he did not uphold his duties of a school psychologist, and thus this failure created hardships on my son, and us as a family.

In addition, I’ve heard of other parents complaining about Paulson.

Thankfully, my son is doing much better now that we have an IEP in place (and a wonderful Case Manager), but those formative years of 8th and 9th grade are lost. We cannot get those years back. Ever. My hope—by writing this letter—is that future students and their parents don’t have to go through the hell we experienced.

My son is intelligent enough to go on to a UC, but after all that chaos he has lowered his standards and dreams, and will probably do the junior college transfer route (which makes him feel less than around his classmates/peers).

Paulson’s failure to do his job has cost me as well.

During that time, I always had to be available because I never knew when my son was going to have an emotional breakdown due to his issues with school and grades. I had to go through these moment even though an easy solution of providing an IEP at the beginning of the 2013-14 school year could’ve been done; instead, it completely disregarded by Paulson.

For me, I lost out on working due to Paulson’s failure to do his job, and now, I’m even less hirable due to such an extended break in my work history. He also caused an unbelievable amount of stress on me that resulted in health issues often not seen in a person my age.

Paulson screwed up our lives, and he should no longer be employed by DJUSD, especially after the compliance finding.

I figured that Mr. McGrew, who is Paulson’s supervisor, would do the right thing, and dismiss Paulson, but that hasn’t happened yet. He still has a job while I do not, even though I helped my son more than Paulson ever did during those years.

Please do the right thing as well as also the monetarily smart thing, and dismiss Paulson from his position immediately, so no other student and their families have to go through such hardships.

He does not deserve the privilege to work with children who have Special Needs.

I send this with the deepest for the DJUSD, and the fellow parents with their students who have had to struggle in securing accommodations in a District that has been so obsessed with AIM that the twice exceptional students’ needs were often disregarded, as was the case for my son.

90 thoughts on “Is DJUSD Out of Compliance with Special Ed Laws?”