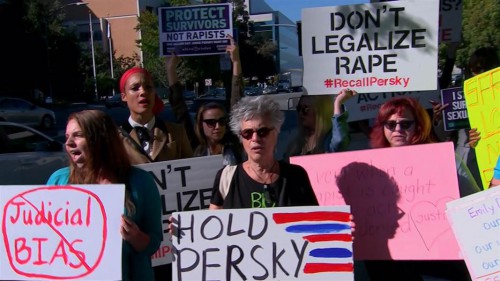 The release of Brock Turner from Santa Clara County Jail, combined with the California legislature’s efforts to close the loophole that allowed the judge to sentence Mr. Turner to probation, has triggered another round of debate.

Cornell University Law Professor Joseph Margulies in Verdict today tries his hand at assessing the criticism.  He writes, “For many, the answer to this question is obvious—so obvious that they have not paused to consider the question carefully. But care is demanded, for in truth, there are two, very different complaints. Admittedly, they are related, but they reflect different criticisms about society. Observers have not paid sufficient attention to this complexity. But the solution endorsed by the State of California is likely to make one problem far worse, without making the other any better.”

Professor Margulies offers, “Certainly the most common charge is that Turner got off far too easily, and that anytime a man undresses and digitally penetrates an unconscious woman, he richly deserves to be sent to prison.”

To close the loophole, “the California legislature changed a provision of state law that had distinguished between the forcible sexual assault of a conscious victim and the sexual assault of an unconscious victim. In the former situation, California law required a mandatory minimum prison term. But in the latter, the assault was not considered ‘forcible,’ and a judge could order probation in lieu of prison, as the judge did in the Turner case. Under the new law, both offenses require a prison sentence, from a minimum of two years to a maximum of 14 for first-time offenders.”

There is a strong argument to be offered for removing the distinction.

As Santa Clara County District Attorney Jeff Rosen put it, “Why under the law is a sexual assault of an unconscious woman less terrible than that of a conscious woman? Is it less degrading? Is it less tragic, less traumatic?”

Then there is our own Assemblymember Bill Dodd, who argued on the floor of the legislature, “If we let a rapist off with probation and little jail time, we re-victimize the victim, we dissuade other victims from coming forward and we send a message that sexual assault of an incapacitated victim is just no big deal.”

There is a second point that is perhaps more interesting from a systemic level, and that is “if Mr. Turner were poor, and especially poor and minority, his sentence would have been considerably more severe and he would not have escaped prison.”

Professor Margulies argues, “I recognize that the criticisms are related. I suspect many people feel, correctly in my view, that Turner got off easily because he is not poor or a person of color.”

Professor Margulies writes that the criticisms are not the same, as one is about feminism and the other “is fundamentally about racism and classism, and attacks a culture of white elite privilege.”

The feminist argument says, “Men do not understand the reality of sexual assault against women, and we need to make absolutely clear that all forms of this conduct will be punished severely.”

The professor writes, “I feel strongly that both problems—which we might shorten as male privilege and white privilege—are unpardonably severe in contemporary society.”

I skip ahead to what I think is the most important critique of the solution: “what gives us any confidence that a newly minted mandatory minimum will be used against the next Brock Turner? Isn’t it at least equally likely, given what we know about race and the criminal justice system, that when we create more carceral weapons, they will most likely be used against people of color?”

This is, I think, the point that most are missing.  As the professor points out, the prosecution of sex offenses is not equitable.  While two-thirds of those who are registered as sex offenders are white men, the sex offender registration rate for blacks is twice that of whites.

He argues, “The fact is that creating a mandatory minimum for a specific crime will not reduce white privilege when there are so many ways for white defendants to avoid the most draconian consequences of the carceral state.”

The professor concludes, “Brock Turner’s sentence exposes two, ugly aspects of American society: White men get a break when they mistreat women, and whites get breaks that people of color do not. But the response to Turner’s sentence threatens to exacerbate one to ameliorate the other. If that is our choice, we should at least be explicit about it.”

And yet, in the end, our solution is never about addressing either inequity, it is about more punishment.

The problem that we ultimately have is that prosecutors rarely charge men with sexual assault.  The FBI estimates that only 40 percent of rape victims report their crime and only 20 percent of that number actually result in prosecutions.

In short, some statistics suggest that, for every 100 rapes, 97 receive no punishment.

We may argue that Mr. Turner did not get the punishment he deserves, at least through incarceration (although the social punishment seems to be a lot harsher), and he actually is in the 3 percent that gets some punishment – and a lot of that had to do with the willingness of the victim to come forward and to eloquently press for prosecution.

47 thoughts on “Eye on the Courts: Brock Turner’s Release Touches A Nerve”