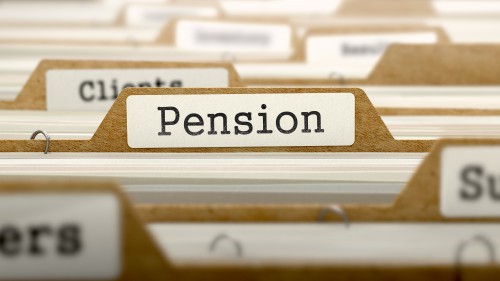 Another name for a pension is a “Defined Benefit” (DB) retirement plan.  DB plans provide a pre-determined payment to retired employees despite the performance of the underlying investments. DB plans are employer-owned.  In 1979 about 28 percent of all workers participated in a DB plan, but today only 2 percent participate.

Conversely, Defined Contribution (DC) “401k-style” retirement plans are employee-owned investment accounts that appreciate along with the choice of the underlying investments.   Today about 50 percent of all employees participate in some type of DC plan.  DC plans have become the predominant choice for providing employee retirement benefits… except when it comes to government employees.  Today 86 percent of all government employees are still enrolled in DB retirement plans.

Some will point to this discrepancy as being reflective of a private-sector “race to the bottom” for employee benefits.   While there is no denying that business profits have played a part in the decisions for conversion from DB to DC plans, there are many reasons why private industry has adopted DC plans as their best-practice method for providing retirement benefits to employees (see below).   Unfortunately the public sector not only lags behind, but stubbornly refuses to let go of their DB plans even as those plans create a giant financial mess at all levels of government.

According to the Public Plans Database, in Fiscal Year 2014, only 39% of state and local governments made their full pension contributions.

Reliably, those with a vested interest in the status quo deny the scope and scale of the problem.  For example CalPERS, the giant pension fund supporting the State and City of Davis retiree and employee pensions, projected a 7.5% return (after being adjusted down from a more aggressive 7.75% return); even as the report from the gleaming new CalPERS Sacramento campus for the current fiscal year is a measly 0.61% return.

From a survey by the National Association of State Retirement Administrators, government pension funds estimate they will earn an average 7.6% a year on their portfolios and then report that our national pension funds are only $1 trillion short.  But assuming all pension funds were required invest and project at the current “riskless rate” of around 3%, that total liability becomes over $3 trillion.

Most objective analysts denounce pension fund projections as grossly overly optimistic.  They foretell a looming collapse without significant greater payment into the system.  They say the government pension system is in a deep crisis.

The immediate problem we face is first acknowledging the crisis and admitting that DB plans are financially unsustainable.  Next, we need to start doing something about it.

Davis is a government company town, and many residents will likely bristle at any suggested change to their employee retirement plan.  It is an understandable defensive response, but one lacking complete understanding of the risks and missed opportunities:

These days even a mid-level government job can be like winning the lottery in retirement benefits.  The present value of a DB retirement plan for a mid-level professional or management employee at retirement will be several million dollars.   We may feel good rewarding our public servants this way, but it actually causes them other risks and other lost opportunities.  Lastly, DB plans are simply grossly unaffordable.  They are destroying budgets at all levels of government.  They are clearly kicking the fiscal can down the road to future generations.   It is time to make the switch to 401k-style plans for all government employees.

Jeff Boone is a professional manager with extensive experience in employee benefits.  He is 40-year resident of Davis and Co-Managing Director of California Statewide CDC.

47 thoughts on “Guest Commentary: Time to Replace Pensions with 401ks”