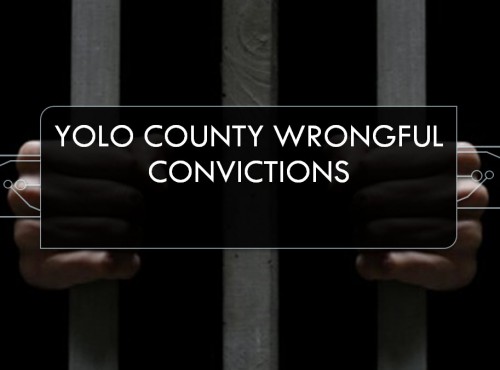 In 2006, Oscar Cervantes was convicted and sentenced to life without parole for shooting Robert Stepper and Eric Folsom in 2002 in the so-called Halloween Homicide Case.  However, on Saturday, at the Vanguard Yolo County Wrongful Convictions forum, attorney Rod Beede cast serious doubt on the verdict that has already seen Mr. Cervantes spend a decade in prison.

Mr. Beede described that in his long tenure as a defense attorney there have been a handful of cases in which, despite exhaustive investigation, an innocent person was convicted.

In its presentation on Saturday, the Vanguard presented causes of wrongful convictions, which include eyewitness misidentification, junk science, prosecutorial and government misconduct, jailhouse informant (or snitches), ineffective defense and false confessions.

He said that the one thing that didn’t happen in this case was a false confession.  Oscar Cervantes, along with the other co-defendants, “were interviewed pretty exhaustively in this case.  They denied their involvement in it from the beginning.”

Mr. Beede said, “Probably in the history of Yolo County, capital murder cases, there’s only been one example of a defendant who took the stand on his own behalf, subjected himself to total and complete examination and lost.  That was Oscar Cervantes.”

The jury deliberated for 30 days during the guilt phase of this trial.  At one point, he said, they were split 8-4 for acquittal.

There was an individual named Rudy Gonzalez, who the defense believed was either involved or knew who was involved in the shooting.  However, the judge denied them the ability to call Mr. Gonzalez to the stand to put forward an alternate theory of the crime.

They filed a motion to do that, retaining one of the most prominent eyewitness experts in the country to come and testify that the identification was false.  The judge denied the motion to put this expert on the stand.

Mr. Beede noted that “subsequent to that, the Supreme Court has held that failure to put an eyewitness identification expert on the stand is ineffective assistance of counsel.”  But they didn’t get that opportunity because the judge denied the motion.

Christina Marie Marten was barely 18 years old at the time and made a statement incriminating these defendants.  She went to trial before the three main defendants went to trial.  “She was offered a plea bargain, accessory after the fact, which basically was a time-served sentence if she would testify at Oscar’s trial to which she testified to a grand jury.  When it came time for her to do that, she couldn’t bring herself to do it.”

Because of that she went to trial separately and was convicted and is now doing a life sentence without parole for a story she recanted.

“The eyewitness identification in this case was completely fabricated,” he said.  “The two girls that were the survivors of these shootings had been shown Oscar’s picture at least a half dozen times.”

“Nate Easlon wrote a letter to my co-counsel and I, and said he not only fabricated the entire story but that his attorney and Jim Walker, who was trying the case with Jeff Reisig, had told him to fabricate.  Had gone down to Solano County, met with him, told him that he was going to get a life sentence or worse if he didn’t come through.”

Mr. Beede said that “he felt really bad about it.”  They went down to interview him but, because he was represented by counsel, “we were referred to the California State Bar Association. The District Attorney’s Office of Yolo County searched my investigator’s home for notes of the interview.”  The fact that they interviewed him with an attorney present was allowed to become known to the jury.

Rod Beede noted that at the time Oscar Cervantes had “virtually no criminal record” and “absolutely no record of violence.”

Oscar Cervantes reportedly has exhausted his appeals and his habeas.

5 thoughts on “Was Oscar Cervantes Wrongfully Convicted of Being the Shooter in 2002 Halloween Homicide?”