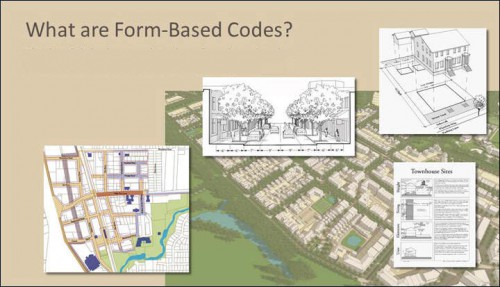 For years the issue of land use seemed to disappear from the radar of the city.  The economy was down, applications were not happening, and for several election cycles, issues such as budget and finance seemed to predominate.  But as the great recession faded and pent-up demand met with the need for economic development and new housing for students – land use issues have exploded back onto the scene.

The first battle was waged over Nishi and, unlike the two previous Measure J projects – Covell Village and Wild Horse Ranch, Nishi was fought to a veritable draw with about 600 votes separating No from Yes.

The defeat of Nishi has emboldened vocal critics of development, while leading some supporters to believe that Measure R is what stands in the way of Davis and good planning.

There is, in fact, a long and growing list of community pushback against infill projects.  We can start with Paso Fino, then go to Trackside, Sterling, the Hyatt House Hotel, and now perhaps Lincoln40.

For those who believe that the problem is infill and if we simply opened up the possibility of developing on the periphery, things would be easier – I have to disagree.  Look first at the battle for Nishi and then look at the immediate pushback against the idea of housing at Mace Ranch Innovation Center (MRIC).  There is no reason to believe that MRIC with housing would be any less contentious than any of the other developments.

Something needs to be made clear here as well – with a lot of these projects there are some legitimate concerns.  Certainly, with Paso Fino, the idea of swapping the greenbelt and developing it was probably ill-considered.  With the initial Trackside project, the idea of six stories was a problem.

So, I do not want to convey the message that there have not been legitimate concerns about at least some of these projects.  Likewise, I had a problem with Mission Residence which preceded these other disputes – in that case you had a long process where the neighbors and city laid out goals for redeveloping the B St area and then, a few years after that process, the city allowed the developer to violate those agreements.

That was an egregious abuse of process that we really can say we have not seen before or since.  At least in my view.

However, what has evolved in the last six months to a year is a very contentious and toxic process for all involved.  There are legitimate reasons for neighbors to have concerns over impacts of projects, but at times we forget there is a public process that has to play out with give and take.

The Hyatt House has been another recent example.  The neighbors have laid out a list of concerns, although I think some of them have been overplayed.  For example, I do not believe that the safety issue is a legitimate concern.  For most neighbors, neither is the privacy issue.

Nevertheless, the Vanguard visited the home of a person who has a legitimate concern about privacy issues.  The developers have attempted to address some of these concerns through trees and now screening mechanisms.

At the end of the day, I think a lot of the neighbors simply do not want a hotel there.  That will ultimately be the call of the city council.  Part of what we do not know is how the city council will respond to any of these disputes – because none except Paso Fino have gotten to the council yet.

Part of the overall strategy of the council seems to be to look at the bigger picture.  We will see that at play with the General Plan update, as the council seeks community input.

Another strategy seems to be trying to create a more predictable planning environment.  On Tuesday will be the discussion of Form-Based Codes.

The Form-Based Codes Institute notes, “Form-Based Codes foster predictable built results and a high-quality public realm by using physical form (rather than separation of uses) as the organizing principle for the code. A Form-Based Code is adopted into city or county law as regulations, not mere guidelines. Form-Based Codes are an alternative to conventional zoning.”

Staff writes, “Form-Based Codes focus primarily on the look and feel of the built environment emphasizing a high-quality public realm. This is accomplished by prescribed massing and form in how buildings relate to one another through the establishment of various scales of block patterns and street types.

“Land use receives less emphasis and is secondary to form. This differs from the focus of conventional zoning where land uses are segregated and intensity of development is established through parameters such as, density, floor area ratio, setbacks, parking standards, traffic level of service, and general height and area regulations.

According to the Form Based Codes Institute, there are five main elements of Form-Based Codes which are as follows:

While looking toward new innovations should always be encouraged, perhaps this type of approach will alleviate tension between old designed neighborhoods and new designed infill.  On the other hand, I think there are some more fundamental issues at work – that we see played out in the tension between development in town and those who wish to see new student housing accommodated on the campus.

It is clear that this clash is going to be the real challenge for the city going forward, and attempting to deal with vexing issues such as revenue and housing.

18 thoughts on “Sunday Commentary: Is Good Planning Even Possible in This Toxic Atmosphere?”