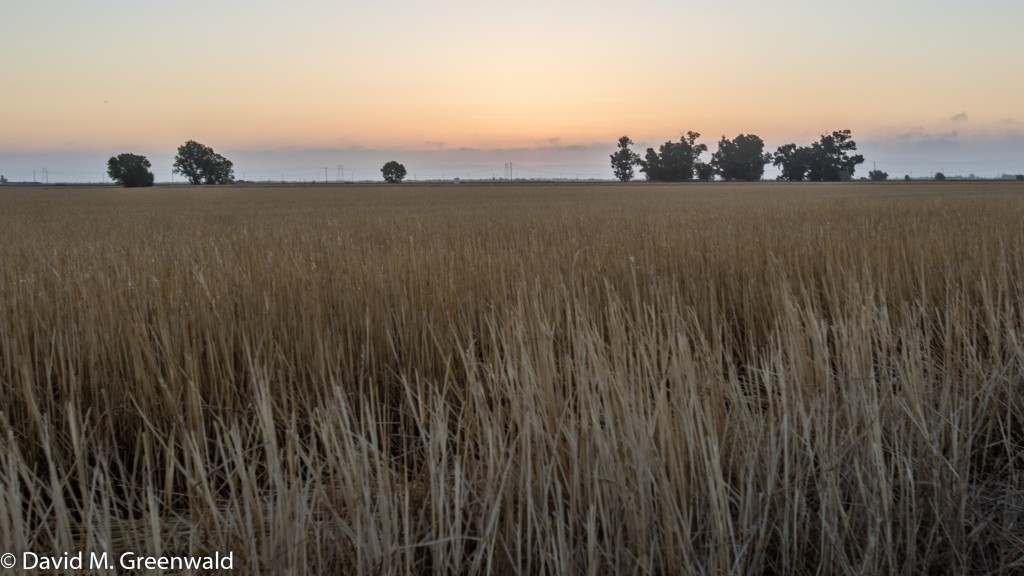 Contrary to some, I don’t see Davis in a renaissance, I see it in a slow and long decline.  My slowly evolving view begins in 2008, when it became quite apparent that the official council line that we had a balanced budget and a 15-percent reserve was not backed up with solid and supportable evidence.

What was clear to me then was that the city was not on solid fiscal ground.  We had unsustainable pensions.  We had a huge and growing unfunded liability for retiree health.  And we had a large and growing number of unmet needs.  This was evident before the great recession, but it became obvious to the community after the economy collapsed.

The economy has improved but we are by no means out of the woods.  If anything, the improving economy shows us to be in more trouble than we probably recognized during the recession.

The biggest fiscal problem that we face is that our unmet needs have continued to grow.  We have roads that – while we are funding them at $4 million per year, after years of fighting for some general fund dollars – need at least twice that amount.  We have made headway there, but the deferred maintenance is still over $100 million.

We have parks infrastructure that is badly underfunded, we have bike paths, sidewalks, greenbelts, sports facilities and city buildings that all need an influx of money.  We can quibble over the amount – earlier this week Matt Williams of the Finance and Budget Commission suggested the number was $655 million over 20 years, Mayor Robb Davis thinks it’s less.  Either way, it’s a lot of money that we do not currently have funding for.

This is not a new problem.  When we have put together task forces – D-Side, the Innovation Parks Task Force, the Studio 30 Report – the lack of sales tax revenue has been found to be a key driver.  The plan sought to utilize the university as a driver of economic development. The notion of technology transfer takes research from the university and transfers it to the private sector, generating products that come from research, startups which become the basis for new companies, and jobs.  Ultimately, economic development will generate sales tax and property tax revenue for the local community.

The key was to create space with which to put not only startups but also companies wanting to move to the area to take advantage of a world class university.  Indeed, many companies are looking at places like Davis because, while we think our costs are high here, they are nothing compared to the Bay Area.

Unfortunately, the places where we identified those spaces are now all defunct.  Nishi was supposed to provide 300,000 square feet – it was defeated narrowly at the polls.  Financing issues, potential opposition, and difficult politics led to the demise of both peripheral research park locations, Davis Innovation Center (north of Sutter-Davis) and the Mace Ranch Innovation Center (east of Target).

We have lost out on opportunities to generate revenue to pay for our basic infrastructure needs and to continue vital city services.  Right now there seems to be no plan on how to replace that lost revenue potential.  Even parcel taxes and other tax revenue seem to be off the table.

Can we cut costs more?  That’s a difficult question.  In the last eight years we have seen the number of employees reduced by a quarter – nearly 100 employees.  And yet, because of increased costs, particularly for pensions and retiree health, while the city general fund has actually increased in that time, employee costs have gone way up.

Can we cut salary and benefits and still remain competitive to hire quality employees?  Can we do so without massive labor strife, since revenues are technically increasing (though slowly)?  Certainly we cannot cut half our general fund costs, so I think primarily we are looking at the revenue side of the equation.

I also think it bears looking further into our community’s spending power.  Jeff Boone in a letter notes the loss of some iconic Davis downtown stores.  It is important to recognize that we did not just lose tax revenue when the innovation parks and Nishi went away, we lost potential jobs to young professionals who would be coming into town and be the demographic that spends the most on retail.

We are suffering then, not just from lack of retail supply and leakage out of town, but also from loss of retail demand.  You cannot make that up with more taxes and cutting costs.

Mr. Boone writes, “Compared to all other comparable communities, Davis has about only about 50 percent of the supply of commercial retail property per capita. It is the law of supply and demand causing Davis commercial rents to escalate.”

He adds, “The lack of development also results in fewer professional jobs and a constrained housing supply, which in turn cause Davis to be under-represented in young professionals and young families — the demographic that spends the most money at retail locations.”

This leads him to conclude: “So our retailers get the double whammy… too few paying customers per capita and too high commercial rents. When the business numbers no longer pencil out, the business has to either find lower-cost space or else close down.”

I get accused of a lot of things on here.  This isn’t about changing the worldview radically.  I still am a slow-growther at heart.  I still believe in the preservation of agricultural land, a small and compact community surrounded by farmland.  I do not wish to see a bunch of big box stores proliferate in this town, a large sprawl of retail on our city edges, or swaths of tract homes where agricultural land can be.

I still believe we can preserve the city we have – but our current trajectory is strangling it.  If we do not act soon, this will not be, in ten years, the community we all love. We will not be able to provide the amenities, the services and basic infrastructure without some change.

It doesn’t have to be radical change.

The model of many of these research parks is modeled after a university – with high-tech building, open space and a campus-like set up.  The innovation parks would be an extension of the university into the private sector and that can be done on a limited amount of land in a way that fits with our broader community.

We don’t need to create a huge amount of new retail on our edge, we can be more efficient with the land we have.

And we don’t need to add large peripheral subdivisions, as long as we can find infill spots to house students who are growing in number.  The university can house a majority of the new growth, but that doesn’t mean we can’t add some of our own to take the stress off existing neighborhoods and the dwindling supply of single family homes.

I believe that, with a modest amount of change, we can preserve the greatness of this community, but not if we become paralyzed with inaction and allow the perfect to become the means to stop the good.

A growing number of people are frustrated that we are unable to get past this paralysis.  We can take modest steps to prevent the deterioration of this great community.

109 thoughts on “My View: We Don’t Need Radical Change, but We Do Need to Break Paralysis”