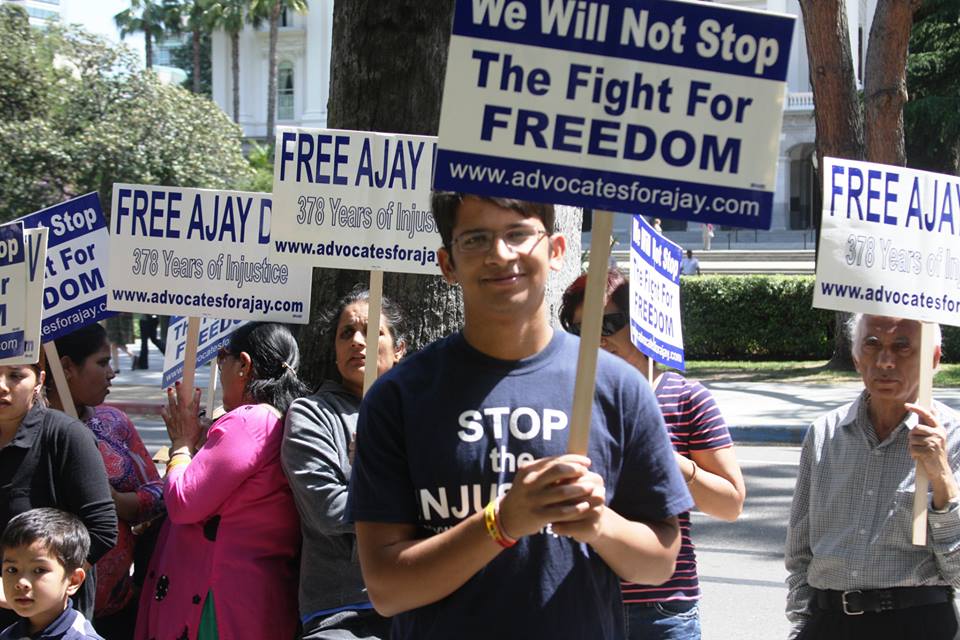 On Wednesday, October 19, the Third Appellate Court has requested oral arguments in Ajay Dev’s appeal.  Mr. Dev in 2009 was sentenced to 378 years in prison for the rape of his adopted daughter.  Family and supporters, as well as the Vanguard, believe that Mr. Dev is innocent of those charges and that the court committed a series of damaging and serious errors.

Next week will mark a critical moment in the appeal.  We are told the request for oral arguments at this stage is “a very rare request by the judges.” 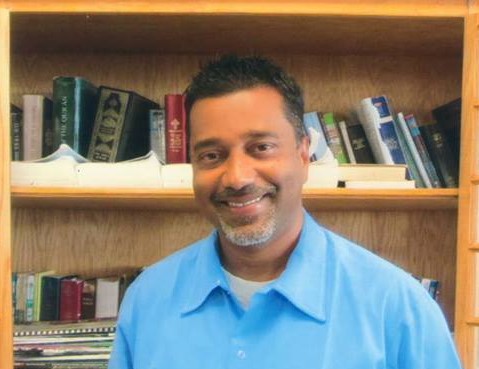 Hello!  Sending you and your family my warmers greetings.

As you may know, I was falsely accused, wrongfully convicted and have been imprisoned for the past 7+ years. Some of you have asked me and my family if there is anything you can do for me and for my cause.  My biggest court day since my incarceration is on Wednesday, October 19th.  I am kindly and earnestly requesting for all of your presence in the courthouse followed with our peaceful march/vigil on that day.  People have always come together in times of celebrations such as weddings, birthdays and holidays; and in times of sorrows such as death (funeral) and natural disasters.  We come together as one and we should continue to do so.  Sometimes tragedy can also happen when a gross miscarriage of justice occurs and a person’s liberty and freedom is stolen.  This direct tragedy has come into my life affecting our families and friends in a way words cannot describe.  I want to first thank you for everything you have already done for me and continue to do.  Your continuous prayers and support over the past seven years are very much appreciated.  I continue to hold my faith that you continue to believe in me, believe in my innocence and continue to do everything in your strength and power to get what needs to get done…done.  When there are people who say they believe in my case, they believe in me, and they will fight to the very end to bring me home, it gives me legitimate hope.  It is my attorney, my legal and public relations team and all of you who give me hope in one way or another.

There are no words to describe the denial of contact visits with my children.  I have not held my elder son (8) since he was 15 months old and I have yet to hold my younger son (6).  It may be hard for most people to understand the depth of pain…to have someone so near and dear to you and to not even be able to touch them.  No amount of legal work can undo the damage caused by my loss of fatherhood.  This is what hurts more than anything, even more than going to prison for a crime I never committed.  Forget the fact that I didn’t do the crime I am in prison for.  I had a child only 15 months old and a wife one month pregnant with our second son!  I can’t see my wife when I want; I can’t hold my own children when I want; I can’t be with my parents when I want.  I was trying to make a life with my family and it was all taken away just like that.

I was convicted despite the testimony from the accuser’s primary physician and all the medical records which showed no signs of abuse or trauma ever took place; the reports provided by social workers from the adoption agency which performed psychosocial independent study of the accuser showed no signs of any abuse – all were mandatory reporters.  Despite the accuser’s credibility herself where the majority of the jury did not believe her; despite her criminal conviction of perjury and fraud, I was still convicted.  The accuser was allowed to fraudulently translate the so-called incriminating admission in a recorded phone call over the objection of a certified translator for the defense.  The prosecutor was allowed to suppress the exculpatory evidence which would have shown her motive to lie.  It’s not evidence by saying “people don’t make up and lie about such things”.  False accusations happen more than people realize.  Please pray along with me for the appellant judges that they will not be influenced by politics, that they will weigh my case on merits, that they will stay objective, and not jump to conclusions, but consider the facts over emotions.  That they will consider every fact, no matter how small or large, if there’s a chance to show that I have been falsely accused and wrongfully convicted, innocent of every charges and received an unfair trial…that they will consider all things.

Your presence at the court house followed with a peaceful march/vigil on October 19th will help to pave the way for so many people who will or have been falsely accused, unjustly convicted, and wrongly imprisoned.  It’s bewildering how tragedy brings us on a journey to a place we wouldn’t otherwise ever discover…it’s that place deep inside our inner self where we learn not just about the world but about ourselves.  It reminds me that we are amazing divine creatures…eternal beings in this temporary body and world.

I face fear and the unknown every single day – thus making me stronger and more courageous to face the future.  I’ve lost practically everything I have worked hard for – a reminder that our God is Sovereign.  He alone is in control, bringing me to surrender my life and circumstance to Him.  I sought recognition and respect among my people and colleagues.  Yet some doubt the truth about me as a person, my integrity and circumstance – making me realize that acceptance for who I am and where I am in life is difficult to obtain.  Many have been framed, suffered, and died for the just cause of others.  As a people we can learn from the past and come to understand that we are in the struggle together.  We have to stand firm through our adversities without ever giving up.  Even in our darkest hour we must continue to try life.  I am holding October 19th as a good and positive day to come.  I plead for your presence on that day.  Please make every effort to be there, all of you, to be part of this important movement to fight against injustice, to be a part of this worthy cause and to be part for my justice.  Thank you!  Be well and take care.