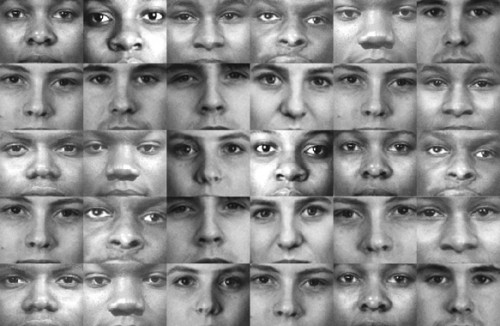 The notion of implicit bias has been discussed, sometimes at length here on these pages.  One of the better discussions came from the 2015 talk by Michael Roosevelt in San Francisco that the Vanguard covered.

Still, the concept is new, so when the issue came up last night during the Vice-Presidential Debate, I think Mike Pence got it wrong.  He said, “They also hear the bad mouthing, the bad mouthing that comes from people that seize upon tragedy in the wake of police action shootings as — as a reason to — to use a broad brush to accuse law enforcement of — of implicit bias or institutional racism. And that really has got to stop.”

He then uses the example of the African-American police officer who shot Keith Scott in Charlotte to, I think, dismiss the notion of implicit bias.

Mr. Pence stated, “Hillary Clinton actually referred to that moment as an example of implicit bias in the police force, where — where she used — when she was asked in the debate a week ago whether there was implicit bias in law enforcement, her only answer was that there’s implicit bias in everyone in the United States.”

Tim Kaine’s response unfortunately did not explain implicit bias any better, although, ironically, I think he implicitly got to the issue.

He used the example of Philando Castile, who was killed in St. Paul, Minnesota.  He said, “But when folks went and explored this situation, what they found is that Philando Castile, who was a — they called him Mr. Rogers with Dreadlocks in the school that he worked. The kids loved him. But he had been stopped by police 40 or 50 times before that fatal incident. And if you look at sentencing in this country, African Americans and Latinos get sentenced for the same crimes at very different rates.”

I think we need to understand better what implicit bias is, in order to have a more informed discussion.

First, everyone has implicit bias.  Everyone.  People often use the race of the officer as a means to argue against racism in the police, but that isn’t necessarily true.  First, we are not talking about “racism” or what we might call “explicit bias” which, according to the National Center for State Courts (NCSC), “reflects the attitudes or beliefs that one endorses at a conscious level.”

It is not that we don’t see explicit bias in the police.  Look no further than the text messages out of San Francisco to see that.

But implicit bias is different.  NCSC defines it as “the bias in judgment and/or behavior that results from subtle cognitive processes (e.g., implicit attitudes and implicit stereotypes) that often operate at a level below conscious awareness and without intentional control.”

Citing psychological research, “The underlying implicit attitudes and stereotypes responsible for implicit bias are those beliefs or simple associations that a person makes between an object and its evaluation that ‘…are automatically activated by the mere presence (actual or symbolic) of the attitude object.’”

“The fact of the matter is that we’re all hardwired in our unconscious minds, that we are not aware of, that we have those unexpressed in a verbal way, but they get expressed in other kinds of ways.”

Mr. Roosevelt explained that the brain is really primed to make a lot of quick decisions based on a lot of information. “So the research shows, the people that study the brain, it shows that we tend to categorize. This is a normal process.”

“We have a preference for people based on group identity,” he continued. “This is a fundamental process. That we look at something and we place it in a category.  Our ability to categorize,” he said, “is really indispensable. We can’t do without it.”

We have to find these shortcuts and a way to describe our social reality. Mr. Roosevelt cited three categories that we immediately identify – race, age, and gender.

Race, he said, is really important for something called schemas. He explained schemas in this way: “Our brains encode information about groups of people into our memories along with favorable or unfavorable impressions and values. These are called constructs.”

Michael Roosevelt likened our brains to computers in the sense that they are programmed. This programming, he explained, comes from all our experiences – the media, culture, background, family – and “it informs the information that goes into our brains.” This encoded information “becomes part of the associations that we make.”

So what is wrong with Mike Pence’s discussion on implicit bias?  Just because an officer is African American doesn’t mean that his brain doesn’t process an idea that a black man is inherently more dangerous or risky to deal with than a white man.

Or, as Michael Roosevelt puts it, based on experimental research with regard to willingness and quickness of shooting, “There’s something about the brain that says black man, danger. It triggers an immediate response.” Mr. Pence makes the assumption that, being black himself, the individual would overcome some implicit bias, but that’s not necessarily the case.

The fact is, we all have implicit bias, as Mr. Roosevelt explains, and that’s how our brains help make sense of the world.

Mr. Kaine offered the story of Philando Castile.  He’s kind of the poster child for the presence of racial profiling and implicit bias.  Mr. Castile had a long list of traffic-related stops, but no history of violence offenses or felony arrests. Was Castile targeted by police? Or was he just a careless or unlucky driver?

NPR News reported, “An NPR analysis of those records shows that the 32-year-old cafeteria worker who was shot and killed by a police officer during a traffic stop in a St. Paul, Minn., suburb, was stopped by police 46 times and racked up more than $6,000 in fines. Another curious statistic: Of all of the stops, only six of them were things a police officer would notice from outside a car — things like speeding or having a broken muffler.”

That certainly raises a red flag.

“What Mr. Castile symbolizes for a lot of us working in public defense is that driving offenses are typically just crimes of poverty,” Erik Sandvick, a public defender in Ramsey County (which includes St. Paul and its suburbs), told NPR.

NPR also quoted Nicole Gonzalez Van Cleve, a professor in the Department of Criminal Justice at Temple University and the author of Crook County.  Her book documents Chicago’s criminal justice system problems. She said that “Castile was the ‘classic case’ of what criminologists have called ‘net widening,’ or the move by local authorities to criminalize more and more aspects of regular life.”

“It is in particular a way that people of color and the poor are victimized on a daily basis,” Professor Gonzalez Van Cleve said.

Unfortunately, Tim Kaine – either because of the venue or because of his own lack of knowledge while implying implicit bias – never tied the two together.

29 thoughts on “Justice Watch: Do We Actually Know What Implicit Bias Means?”