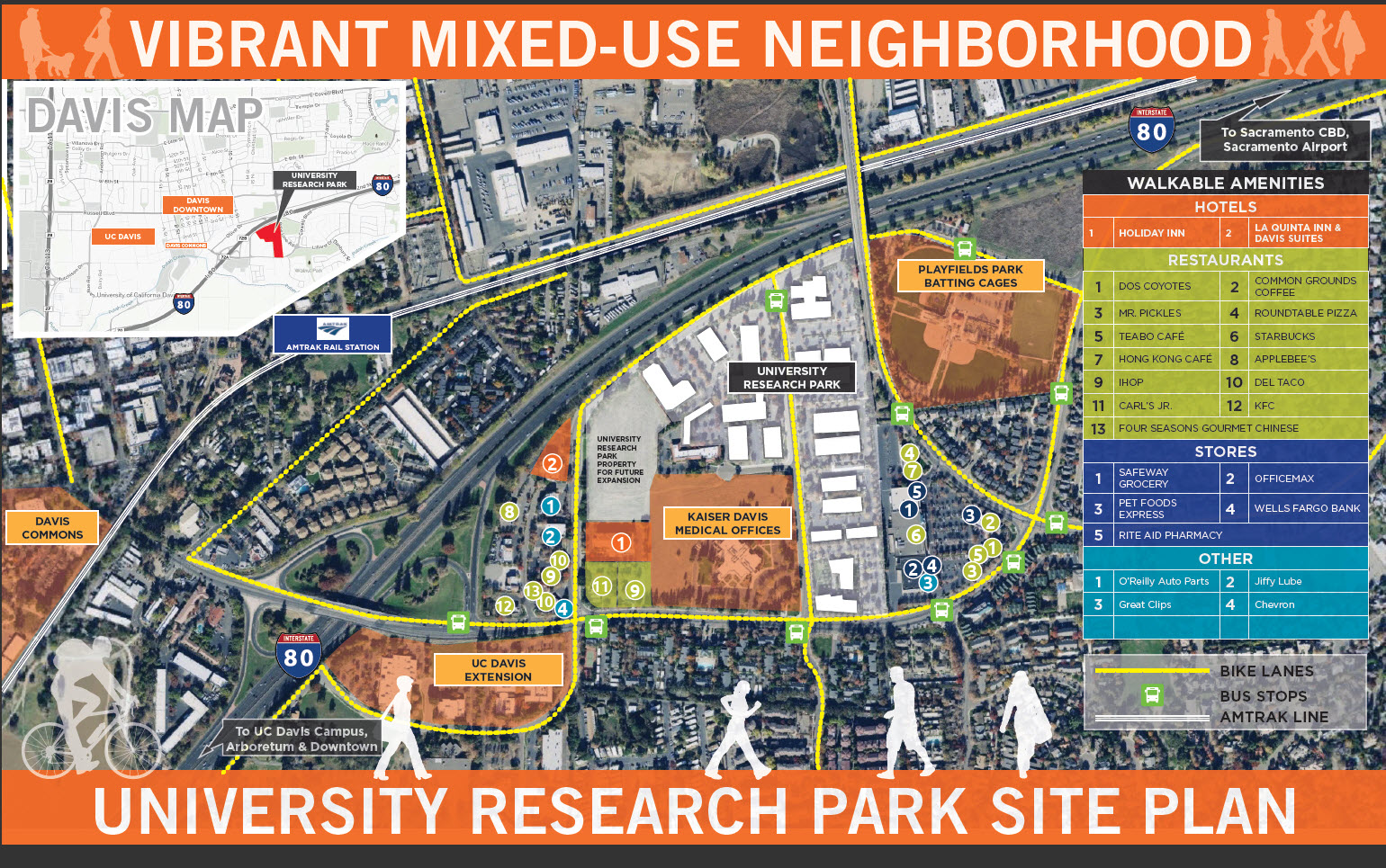 A week ago if you have asked me about the hotel issue, the calculation was simple.  The Marriott Residence Inn had a huge amount of advantages, including the fact that it was not a controversial location, while the Hyatt House is probably going to draw 100 neighbors complaining about its location and the impact on their homes and neighborhood.

If the council was only going to pick one – and the staff was recommending both – it would have been an easy choice.  You can argue that’s bad planning, but sometimes, perhaps often, the path of least resistance is the easiest way forward.

For the Hyatt House then, the announcement late last week couldn’t have been better timing.  When Mark Friedman and Fulcrum Property announced they were buying Interland, changing it to University Research Park (URP) and looking to the underutilized asset as an opportunity, it was undoubtedly a game changer for the Hyatt House and the city council.

Indeed, a lot has changed in just a month, in the time between when the planning commission voted 4-3 to oppose the Hyatt House, the time after the planning commission voted 7-0 to approve the Residence Inn and last Friday when the University Research Park became a true reality.  Not to mention the announcement earlier in October about Sierra Energy and their expansion of Area 52.

To understand how much the game has changed, recognize that when the folks representing the Residence Inn met with the Vanguard last week, they noted that there was already a market for their extended stay product in the Mace Ranch area.  They cited big companies like Mori Seiki, HM Clause, Schilling Robotics and others that are already on Second Street and in need of space for their business needs.

In the staff report, planning staff note that the Residence Inn “is proximate to businesses such as DMG Mori Seiki, Schilling Robotics, the City’s growing seed business cluster on Cousteau Place, and other companies with country-wide or international connections. The hotel rooms can provide space for visiting researchers and company officials from outside Davis, while the meeting room could support the needs of local businesses.”

All of a sudden, the Hyatt House, just a half mile down the road from the University Research Park, has added demand generators between that and the expanded Area 52 that may call for the same sort of hotel set up where researchers and visiting companies with international connections may need hotel space for extended periods of time to do their work.

On their map, the University Research Park lists two small hotels in close proximity, Holiday Inn and La Quinta Inn – combined, they have 120 rooms.  The Hyatt House would provide expanded hotel inventory, including rooms for those needing to stay for an extended period of time.

In their staff report, the city staff, even before this announcement, noted that the project “is proximate to the Interland office/tech center.”  The hotel rooms, they write, “can provide space for visiting researchers and company officials from outside Davis, while the meeting rooms can support the needs of local businesses.”

This announcement just exemplifies the need.  While some have suggested that the URP could house their own hotel, their spokespeople have told the Vanguard that is not in the plans and, if you look at the site map itself, that would not seem to be a use conducive for the site which already houses the rather large Kaiser-Davis Medical Offices.

But of course the projected increase in demand is not likely to quell the neighborhood’s objections to the Hyatt site.  During the planning commission meeting, several of the commissioners worried about the viability of that site – but the biggest concerns had to do with privacy and neighborhood impacts.

There are concerns about safety and the use of alcohol, but staff noted that “the Police Department does not see a safety issue or impacts to the community from a hotel in this location.”  Nor have they “expressed any concern with the bar operation.”

Privacy impacts to the nearby residents certainly play into the neighborhood objections, as does the utilization of the greenbelt trees as a privacy screen.  The applicants have gone out of their way to address those concerns, introducing a privacy screen as a way to reduce impacts.  They have also added additional buffering, with vegetation on the backside of the lot.

In the end, the council is going to have to weigh the overall assets to the city against the concerns of the neighbors.  A week ago this would have probably been an easy calculation – the council could add the hotel at the Residence Inn with virtually no opposition and wait for another time to assess the Hyatt House and whether the city needed two new hotels.

Now, with the injection of economic development on both sides of Cowell Blvd., the council will see a much stronger need to add two hotels rather than just one to the community.  Will that be enough to get three yes votes?  Stay tuned.

Share:
Tags:Economic DevelopmentHyatt HouseUniversity Research Park
Previous : Guest Commentary: Why the Hyatt House Proposal Should Be Rejected by the Davis City Council
Next : And Now for the Better News

33 thoughts on “Monday Morning Thoughts: URP Game Changer on the Hotel Issue Too?”