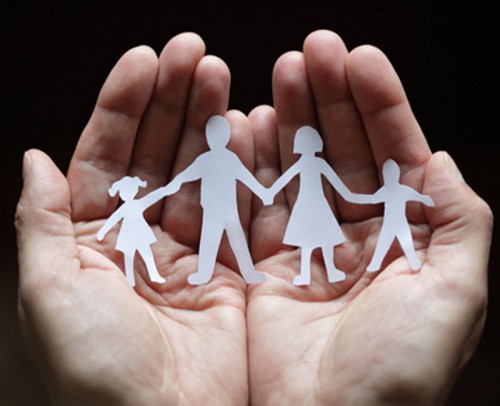 Working to ensure the social and emotional health of all students has become a point of emphasis for the entire Davis Joint Unified School District (DJUSD).

That was evident Thursday evening at the Davis school board meeting, where an updated report was given to trustees over the various mental health services the district provides for its students.

Director of Student Services Laura Juanitas led the presentation, and was accompanied by two members of the mental health services staff, Prevention and Crisis Managers Natalie Zehnder and Joanna Littell.

Juanitas thanked the board for making the social and emotional wellbeing of students one of its chief goals.

“That just means, I think, so much to everybody in the district whether it’s a counselor, an administrator, a teacher, a para-educator,” Juanitas said. “The fact that you see this as a priority really meshes with what we’re seeing as well.”

The list of services, according to Juanitas, starts on the ground level – with their counselors.

She added how happy the student services department has been since the board approved half-time counselors at every elementary school two years ago.

“That has really changed how we’re approaching students,” Juanitas said. “Every school site has at least a half-time, some of them have a little bit more if they have other funds that they can put towards it. Our elementary counselors get busier and busier and busier every single year because they’ve now become an absolute integral part of that campus.”

The secondary counselors take on the biggest workload, or as Juanitas said, are the ones “wearing many hats during the course of the day,” with college and post-graduation counseling, mental health services, and crisis and prevention services among their roles.

The Davis Schools Foundation, which donated $50,000 to secondary counseling services for 2015-16, will do so again for the current school year.

“That has been a really important measure for counseling departments to really think outside the box,” said Juanitas. “They know their school site, they’ve done some incredibly creative things. Some of the junior highs have had mindfulness training, teaching students yoga, teaching students how to deal with anxiety.”

From there, Zehnder took over the presentation, discussing the crisis and prevention services that are offered to a long list of people, among them DJUSD students, parents, families, and community members.

The types of crisis and prevention mental health services provided, or as Zehnder put it, “what we do,” is by means of education (prevention), consultation and action (intervention), and streamlined automatic response that is research-based (postvention).

“The important thing for us about the postvention and the reason that we streamlined it, and the reason we made sure it was research-based is because we need to make sure in a crisis right nobody’s thinking about these logistical things and we want it to be an automatic thing so that we can have an efficient and effective response that returns everybody to safety,” Zehnder said.

The crisis and prevention service includes a multi-layered system of support, beginning with tier one, which is universal and impacts all students, using education, programs, data collection, and trauma-informed practices.

Tier two supports, according to Zehnder, are for students, for instance, who are just starting to experience issues, such as substance use, which would warrant a teen intervene.

“I don’t know if you guys know about teen intervene,” she said to the board and DJUSD Superintendent Dr. John Bowes. “It’s a very short-term counseling that we do for students who have been… maybe a parent asks or an administrator refers them because they’ve had an infraction that involves drugs or alcohol.”

Intensive was the word used to describe the third support level (Tier Three), which translates to immediate action from a host of directions for cases that involve high-risk students.

Zehnder gave the example of being contacted about a student with acute needs, or one that is at a heightened risk to harm others/themselves, and the course of events that would ensue.

She said that, under those circumstances, the student would immediately be given a risk/threat assessment and services would also include short-term counseling, helping them acquire skills or develop ways of anxiety management.

Data from the YouthTruth survey show that Davis students, in grades 10-12, have relatively the same rates for depression (31%) and suicidal thoughts (16%) as those nationally.

Risk assessment addresses issues of depression and suicidal thoughts, through dialogue with the student over their level of intensity in hurting themselves.

A threat assessment occurs when a student attempts to hurt another person.

During a situation such as that, a crisis and prevention manager will go to the site and get a full account of what happened from the victims and witnesses.

As a result of the completion process involved in every risk/threat assessment, Zehnder commented that the longitudinal data has become a valuable resource.

Crisis and prevention managers receive feedback from various school segments, who, when surveyed, answered that, overall, they were satisfied with their experience and comfortable with the overall service response.

The baton was passed to Crisis and Prevention Manager Joanna Littell, who discussed the Mental Health Intern Program, which is made possible via the district and its Local Control Accountability Plan (LCAP).

In order to receive services, students must fall under a LCAP subgroup, which includes homeless youth, foster youth, kids of low-economic status, and English language learners.

Littell went over the components of MHIP, beginning with building relationships through restorative practices and also assessing for early trauma, which is referred to as ACES.

“It’s not a qualifying, that we don’t do a pre-screening for ACES but it’s part of the intake that we do ask about previous trauma,” said Littell.

Another MHIP component is pre/post staff consultation and classroom observation, providing support to staff by way of building connections through ownership.

Components like individualized counseling and intervention plan, Littell clarified, would not be used for students with emotional disturbance or severe mental health issues.

“Also last year we talked about that these are interns or post graduates and some of our students need to be seen by even more clinically experienced staff,” Littell said.

The fourth MHIP component is clinical supervision aligned with Board of Behavioral Sciences requirements.

Improving both student mental health and the overall school climate are the foundational goals of the program, which Littell hopes will consequently help in closing the achievement /opportunity gap.

Last year, there were 24 LCAP-eligible students that participated in the program, serving the subgroups of low SES (88%), English language learners (Latinos, 54%), and youth in foster homes (8%).

To figure out the best way to go about the collection of pre- and post-services data, the department sought out the consultation of UC Davis.

From the outcomes collected, through surveys, all the respondents reported a reduction of “severe to moderate symptoms in two different areas of mental health challenges,” according to Littell.

Purposefully set up for short-term focused therapy because many of the interns will be there for, at most, ten months, MHIP cannot cater to students in need of regular services for multiple years.

“We also targeted this group really strategically, not only because the state gives us a little extra money for these students but we know that they’re plenty of parents of students in Davis who can access private therapy,” Juanitas said. “They have the funds and we weren’t in the business of putting any private practice out of business. We also know that even if you have Medicaid the only way you’re going to access mental health services is if you are very much on the extreme end of the spectrum.”

Following the presentation, trustee Tom Adams commented first, wondering about the increases in services and the need for the services, in comparison to data from five or ten years ago.

“Is this an increase based upon actual need in the sense, are students feeling more stressed or would you say it’s a combination of also the stigma of getting help and the need for mental health as well as physical health?” Adams asked. “Is it one, both…my main concern is, are we stressing our students out now more than ever?”

In response to his question, Juanitas thought it probably was a combination of factors.

She agreed that today’s students are stressed, and, as a result of their constant connections through things like social media, have become more disengaged, in many ways with their own peers.

Juanitas believes that asking for help is more accepted behavior among students.

Trustee Barbara Archer said she thinks the focus on counseling time for elementary schools is “our boards proudest accomplishment…so that kids are learning those strategies early and there’s intervention and a common language so hopefully they have a foundation from which to build when stress gets more at junior high and high school.”

Individualized counseling, according to Archer, has an impact on the whole learning environment, whether it is through adult interaction or assistance in problem solving.

The board member revealed that somewhere between 130 and 150 risk assessments are done during the course of a 180-day school year.

“So that’s every other day and I want the community to know about that,” Archer said. “That’s concerning to me and it should be concerning to every member of this community.”

Wanting to hear more about the YouthTruth survey and the category of depression, Archer asked how the 31 percent was quantified.

Juanitas said it was the percentage of students that had reported feeling sad or hopeless for a period of two weeks.

In regard to the mechanization of the MHIP, Archer asked, if a student was in crisis and needed help, would they have to first be screened for the LCAP requirement?

She said she was concerned that there are kids in need of help who do not fall into one of the sub-groups.

Trustee Alan Fernandes noted that the term “optimal conditions for learning,” which is in the board’s mission statement, is looked at usually through a facilities context but that is what the department is doing for students.

Maintaining a standard level of care across district lines is important, according to Fernandes.

He was interested to hear more about the completion process, occurring during risk/threat assessments, and the outcomes for the victims of those incidences, whose lives are profoundly affected by the events.

“What are we doing in those instances because certainly we want to triage and not only assess but treat any child that is having a problem?” Fernandes asked. “But for the other children in the environment I know that many kids fear school and then that really disrupts their learning.”

In regard to counseling each, the victim and the perpetrator, Juanitas said that occurs “so that we could make school a safe place for that person. Sometimes if a student has an outburst that affects the whole class I might talk to both but usually we separate the kid who’s having a hard time if we can so that we don’t have a huge impact.”

At that point, Juanitas said they would advise the teacher about how to talk to the class about the situation and provide perspective “to help our friend that’s part of the community.”

Share:
Tags:DJUSDMental Health ServicesSchool Board
Previous : Hotel Sues Nishi for Breach of Contract and Fraud
Next : 2016 Concilio Dinner and Awards