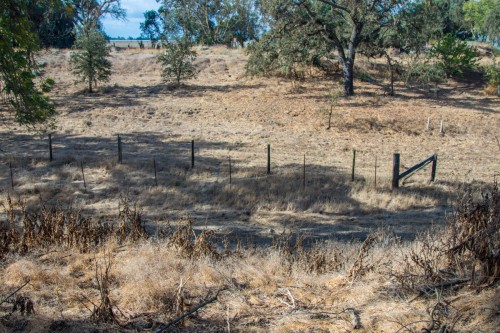 (From Press Release) – A local alternative energy company is growing explosively, adding staff and expanding operations to create brand new opportunities for the surrounding community. Mike G. Hart, CEO of Sierra Energy, is announcing the formation of a new business unit to expand its research and development (R&D) space to accommodate companies and entrepreneurs throughout Northern California. This effort is an expansion of the existing Area 52 program, an industrial incubator and makerspace.

The new R&D space, Sierra Energy Research Park (SERP), is located in South Davis, just off the bike path that circles the UC Davis arboretum. The new SERP business unit will initially focus on the development of the 4.5-acre site for Sierra Energy’s use as both office space and for R&D for Sierra Energy’s FastOx® gasification technology: a system that cleanly recycles waste, recovering the energy trapped inside.

Rob White, Sierra Energy’s chief strategist (and former chief innovation officer for the City of Davis, and founder/CEO for the i-GATE Innovation Hub in Livermore, California), will lead the effort as Executive Director. “The opportunity to expand Sierra’s current R&D facility is a major turning point in addressing the needs of entrepreneurs and researchers throughout Northern California. Very few off-campus facilities have the location and capability to address the immediate needs of innovators who need space to create prototypes,” he explains.

Area 52, an incubator and makerspace focused on advanced manufacturing and rapid prototyping, is also located at the SERP campus. Area 52 allows start-up companies to build and test new technology using expensive equipment and machinery usually out of reach for most entrepreneurs, including the equipment Sierra Energy is using to develop FastOx gasification.

Sierra Energy is expanding the incubator with an accelerator program, intending to host 25 to 30 companies in various business sectors including medical devices, smart agriculture (agtech), robotics, unmanned vehicles (including drones), and renewable energy. UC Davis alumni and veteran entrepreneurs Mike Hart and Tim Keller, SERP’s Director of Innovation, are thrilled to provide a natural place to grow for new talent coming out of UC Davis. Hart elaborates, “Sierra supports the creation of regional partnerships by establishing R&D facilities for innovators who need space for rapid prototyping and technology development.”

“UC Davis is a world leader in research and technology development, investing close to $1 billion annually across all fields of research,” adds Dushyant Pathak, who is Associate Vice Chancellor of Research and Executive Director of Venture Catalyst, at UC Davis. “SERP builds on our existing collaboration with Area 52, and its focus on technologies that mirror the strengths of UC Davis will provide additional resources for university startups.”

“Paul’s deep understanding of the transportation industry will be instrumental in framing how FastOx gasification can be leveraged to develop Sierra Energy’s R&D facilities and programs, including special emphasis on creating and distributing low-carbon and carbon-negative fuels,” White said.

Hart, White, Gruber, and the team at Sierra Energy hope that these enormous undertakings will make Davis and its surrounding area a hotbed of innovation beyond simply playing host to the University. White explains, “We hope that SERP will fill a growing need, providing regional entrepreneurs with the same benefits and access to capital and markets long enjoyed by Bay Area entrepreneurs.”