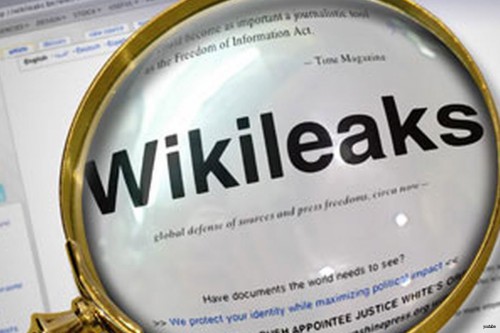 The issue of WikiLeaks is more than a little ironic at this point.  When WikiLeaks emerged on the scene leaking government secrets, many who had opposed the war in Iraq applauded the release of many of those documents.

I admit it, I was a fan of the concept – the ability for people to become whistleblowers without facing retaliation.  In fact, the Vanguard has styled the concept of Yolo Leaks after WikiLeaks.  But I always foresaw the organization as focusing on whistleblowing of government excesses, not leaking private emails from campaigns and political parties in the hopes of swaying an election or carrying out a vendetta.

In the heat of a presidential race is probably not the best time to make this point – but what we are seeing is not a new era of transparency but the end of our private lives themselves.  I hope to take this discussion out of the realm of presidential politics, so I will back up to Edward Snowden.

Earlier this year, Ben Wizner, an ACLU attorney best known for representing Edward Snowden, was a speaker at the UC Davis Law School’s speaker series on surveillance.  His subject was “Democracy in an era of mass surveillance.”

My biggest take-home point from that discussion was the comparison of J. Edgar Hoover, who headed up the FBI for 50 years, with the ability of the national security apparatus to monitor private lives today.  And, while the current head of the NSA is not J. Edgar Hoover, he argued, “What I intend to argue today is that modern technology has liberated the security state from those vulgar methods.”

“What that means is it’s now technologically and financially feasible for governments to record virtually all of our movements, our communications and our associations and to store that information for later analysis,” he said. “Because surveillance used to be expensive and labor intensive, living this life of obscurity was the norm. Today it’s virtually impossible to opt out of tracking.”

The good news is there is now so much information on every aspect of private lives, it may be difficult to find the information they are looking for. There is a difference between passive collection systems and the meticulous record collection of past FBI agents.  But Mr. Wizner warned, “If we are going to connect all of the dots, they’re going to connect in hindsight.”

WikiLeaks’ release of the emails shows us a very scary future.  What they did was equivalent to eavesdropping on private conversations.  In fact, in a lot of ways it is far worse because you used to have to actively wiretap or plant recording devices to eavesdrop on someone’s private meeting.  Here, they simply hacked into a server remotely and extracted mounds of information.

This is tantamount to listening in on private meetings and strategy sessions.

The emails are way too politicized at this point, so let’s again back up a step.  Public record law is instructive.  Under the California Public Records Act, I can request emails from public officials discussing public policy.  However, there are exemptions here that limit access.

For one thing, legal advice from lawyers is considered confidential information.  Police investigations themselves are off limits, since the police rightly need a space to operate their investigations outside of the public light.  And there is a broader exemption for the deliberative process, which understands that the very types of conversations that WikiLeaks is releasing are what we might call “half-baked.”

Public officials need a space to deliberate about policy without every piece of that deliberation being disclosed to the public.

In prior years I have been involved in various levels of campaigns, from volunteer to media director, field director and campaign manager.  Much of that took place either before email or in the early days of email.  Most of our conversations were in person or over the phone.

But campaigns are raw moments.  There are times when people are frustrated, angry, stuff gets dropped, mistakes get made, strategy is devised, people throw out crazy ideas.  Really, this is no different than running a business or managing a non-profit.  There is a reason why you have discussions and deliberations, but you also have the control over the release of information.

It is not just to pull the wool over people’s eyes, it’s also to make sure that whatever official messages get out there are well thought out and consistent and agreed upon by the management team and the candidate.

What we are see are those raw moments of a campaign that were never intended for public consumption.  If you think you are gaining insight into the thinking of the campaign – while you may have a point, you’re also seeing a lot of noise that isn’t so meaningful.

Let’s again take this discussion to another place.  Think about the thoughts that you have in your head.  In a moment of anger, a lot of angry thoughts come out.  As adults, we learn not to act on those thoughts.  We weigh angry responses to more measured ones.  And what ends up coming out of our mouths is very different from the first thoughts in our head.

In an a complex organization, there are a lot of people with a lot of ideas on how to respond, and what we are seeing is the brain activity of the organization that was supposed to be private.  It is taken not only out of context in terms of a string of conversations, but outside of the context in which the thoughts and plans were given.  Many of these emails were reacting in real time to an evolving landscape – a landscape that looks very different today than it did when the words were originally stated.

The bigger problem is we have now seen that the private communications of a campaign, a party and perhaps the government itself can be breached and very efficiently disseminated to the public.  That means that anyone’s information can be breached in that way – businesses, governments, private citizens.

This gets back to the surveillance state because what WikiLeaks is now showing is that there is no private world at all.

What will that mean for future campaigns?  For one thing most will take steps to secure their email, but as we know that is a cat and mouse game and the hackers are often ahead of the good guys.  Campaigns are going to have to figure out a way to deal with this.

For me the bigger deal is that any communications we send electronically are vulnerable.  Not only that but, given the chance for recording cell phone conversations and surveillance with cameras in the public realm, once again our private lives are not private and I think we have really lost something here – and that this is inherently dangerous.

I know people revel in the concept of exposing their hated political figure as a bad, evil, manipulative and calculating organization, but the bigger danger is that if the Russians or WikiLeaks can get their emails, they can get our data and information about our lives and it means the government can do the same.

As Ben Wizner pointed out in his speech, “History tells us that the lockbox that safeguards all of this private information will be unlocked.”  Today it was the Hillary Clinton campaign, but tomorrow it may be you and it may be someone who wants to sink you in your private life or get their hands on your information for a variety of nefarious purposes.

113 thoughts on “My View: Why WikiLeaks Seals Our Fate in a World with No Privacy”