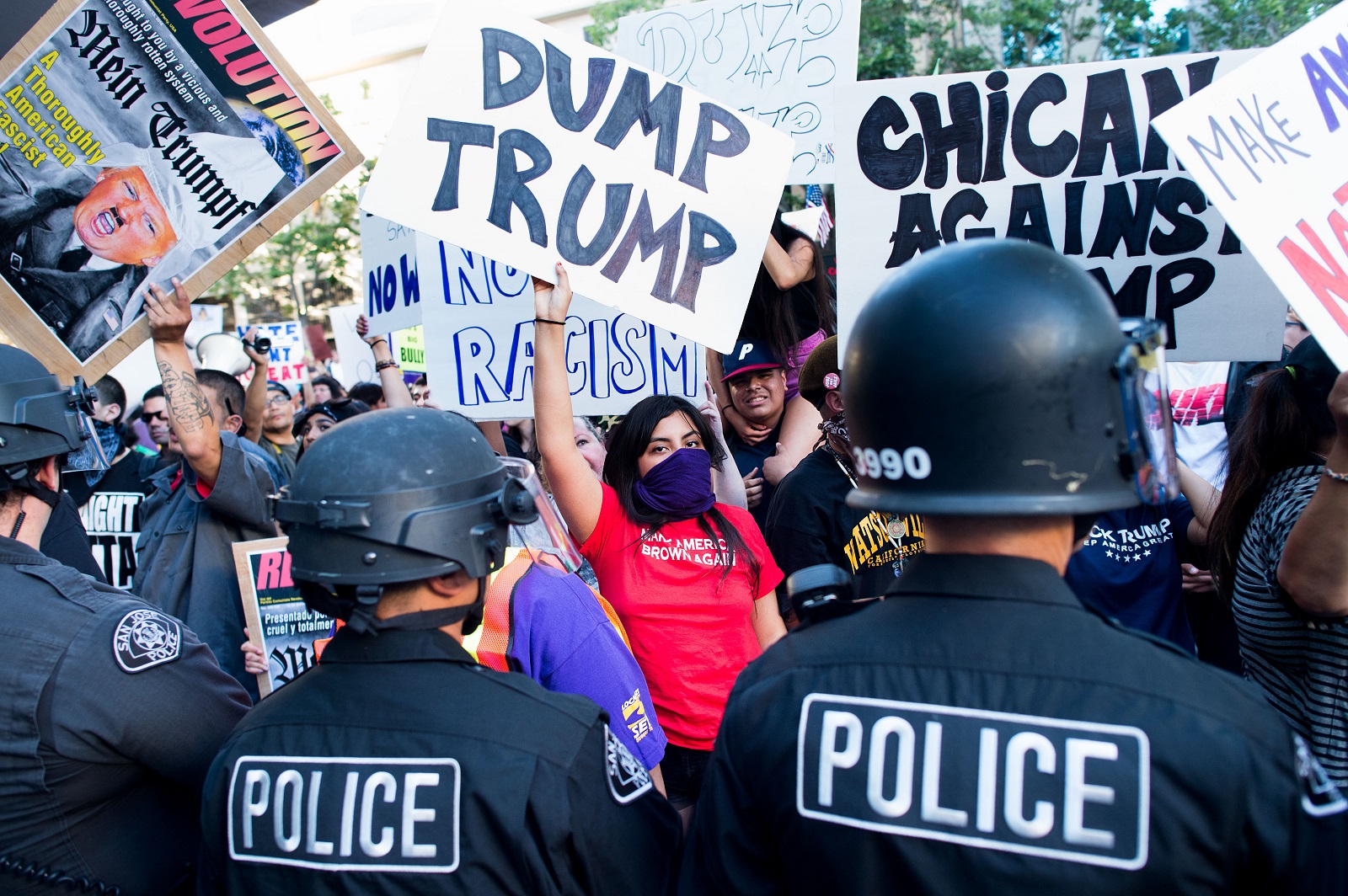 The election of Trump on Tuesday probably stalls, if not outright reverses, criminal justice reform gains across the country.

We have already laid out Trump’s view on the death penalty and, in particular, the ad he took out in 1989 calling for the execution of the Central Park Five – only later they have been exonerated, but Mr. Trump refuses to acknowledge it.

As Radley Balko wrote in his column yesterday, “Donald Trump — a death-penalty zealot who called for the execution of the (innocent) Central Park Five and essentially ran a campaign of fear-mongering about immigration, the ‘war on cops,’ and the ‘inner cities’ — will be the next president of the United States. Trump is anything but predictable. Perhaps he’ll surprise us. This, after all, is a man who within the last five years called for a path to citizenship for undocumented immigrants, and has in the past called for drug legalization. But all we have to go on now is his campaign rhetoric. And that doesn’t bode well.”

What is most likely to change?

Maurice Chapman writes in the Marshall Project, “One of the Obama administration’s most aggressive civil rights tactics — the investigation and forced reform of local police departments — is poised to be upended by President-elect Donald Trump.”

The DOJ, since the 1990s, has the power to launch civil rights probes into police departments but can also issue a “consent decree.”  These have been issued in places like Oakland and LA, Chicago and Baltimore.

Mr. Chapman writes, “Not surprisingly, that doesn’t always go down well with police. Under Obama, the investigations often took place in cities that had seen high-profile deaths of black men at the hands of law enforcement, including Cleveland, Ferguson, Baltimore and Chicago. Consent decrees can quell tensions, unearth inequity and institute cultural change amid long-standing resistance. They can also rankle police who see them as heavy-handed government overstep that is largely politically motivated and expensive to implement.”

With less protection from the DOJ under Trump, police agencies that feel under fire might breathe easier, but the continuation of officer-involved shootings could make the situation far more explosive on the ground.

Radley Balko points out that Trump “has all but promised to undo Obama’s modest reforms to the 1033 program, which provides surplus military gear to local police departments and has contributed to the militarization in both mind and action of police agencies across the country.”

There will be a big impact on the judiciary, as he is likely to appoint “federal judges less skeptical of police misconduct and less protective of the Fourth Amendment. He’ll almost certainly appoint U.S. attorneys more likely to seek the death penalty at the federal level.”

This could be bad news also for the wrongly convicted, who rely on judges to order new trials and throw out faulty evidence.

As Bill Keller points out over at the Marshall Project, Trump can also undo Obama’s executive orders on an array of issues including: juvenile solitary confinement, federal private prisons, “ban the box,” and designating federal drug crimes a low priority.

Writes Mr. Balko, “These reforms were revolutionary in that Obama is the first president in a couple of generations to at least acknowledge that the criminal-justice system is in need of reform, other than simply making it ‘tougher on crime.’ But in practice, they were all relatively modest. Still, Trump could undo them with the stroke of a pen. He could also undo or simply end much of the important but largely symbolic work the administration is doing on forensics reform.”

The scariest part of what Trump could do would be who he nominates to key positions.  “This list of potential cabinet picks from Politico ought to terrify anyone interested in civil liberties,” writes Mr. Balko.

It includes Rudy Giuliani as Attorney General (read about his view of “Freedom is about authority).  There is talk about Milwaukee County Sheriff David Clarke, NJ Governor Chris Christie and even Maricopa County Sheriff Joe Arpaio.

Sheriff Clarke, a prominent Trump backer, posted, “These temper tantrums from these radical anarchists must be quelled. There is no legitimate reason to protest the will of the people.”

For anyone who remembers “Giuliani Time” in New York, having him as AG is borderline scary, but that is the world where we now live.

29 thoughts on “Analysis: What Trump Means for Criminal Justice Reform”