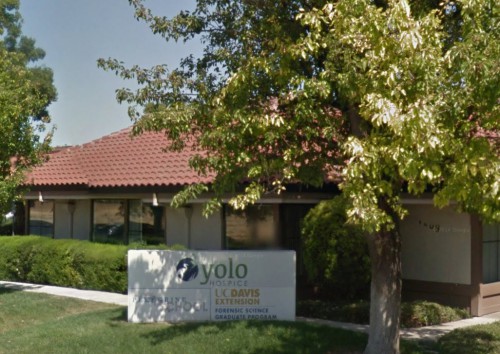 The main issue in the wrongful termination suit against Yolo Hospice is whether Jody Norton, former Yolo Hospice Director of Patient Care, who worked for the organization for 19 years and served for two months as acting executive director, and Piper Berge, who worked as Information Technology Manager for Hospice, were wrongly terminated in early 2015.

But a secondary issue is now becoming more clear – a pattern of harassment (overt and implied) and threats about which the Davis Police are now conducting a criminal investigation.

By all accounts the case was moving along very slowly, with nothing of great significance occurring, when Ms. Norton received a letter dated October 1, 2016, that, according to a declaration filed on October 18, 2016, “threatened to report me to various government and law enforcement agencies, amongst others, if I do not dismiss this lawsuit.”

The unsigned letter was purported to be authored by “A Group for Decency and Justice.”

The letter sent to Ms. Norton’s home address in Davis states, “We have been closely following your and Piper Berge’s lawsuit against Yolo Hospice.”

What is notable about the letter is it contains information that only a very small number of people would have been privy to, which includes allegations against Ms. Norton involving alleged forging of prescriptions and a failure to complete drug rehabilitation at Azure Acres.

This was subject to a subpoena by the defense in this case, a move to quash the subpoena, and Judge Fall ruling that the “subpoena is overbroad as it seeks medical records that are not directly relevant to the litigation.”

Moreover, the judge added that the defendants “fail to present evidence that establishes any treatment of drug or alcohol dependency or any admission to a rehabilitation facility by plaintiff has been placed at issue in the litigation.”

The Vanguard on Tuesday received an anonymous letter postmarked on October 31.  In it was a single typewritten line: “Saw your article.  Have you seen this document available in the civil case file at Yolo Co. Court House?”

In it was a 16-page transcript of the argument in the motion to quash from May 2016, where Judge Fall ruled that at this point he has not seen the evidence to support the production of confidential records.

There is certainly nothing illegal about pointing the Vanguard to such material – even if it is meant to be damaging to Ms. Norton and not clearly relevant, as the allegations apparently go back a number of years and would have nothing to do with the termination of Ms. Norton in 2015 by a new executive director.

More concerning, once again, is that the number of people with the knowledge of this sort of information and the incentive to put it forth is quite small – perhaps limited to the executive director himself, perhaps his board, perhaps his domestic partner.

What is emerging is a disturbing pattern of behavior – particularly for such a venerated organization as Yolo Hospice – that points to the involvement of someone at the very top of that organization.  The Vanguard has confirmed there is a criminal investigation here, but these are the facts as we know them.

Allegations of threats are not new to this case.

Back in February of 2015, attorney Mary-Alice Coleman, representing Ms. Norton, informed the Vanguard that her office had received two phone calls, one of which was threatening. The calls came in around 11:56 am and at 11:58 am.

In a statement she indicated that, when the first call came in and made a threat against her, her receptionist hung up on the caller, but the caller called back. The office manager then picked up the second call, but the caller hung up.

She said, “We contacted the Davis Police Department and reported the incident and the phone number of the caller. The police followed up, and have now informed me that the caller was the significant other of someone at Yolo Hospice.”

In addition to the called-in threats to the law firm, the Vanguard received some quasi-threatening posts as it was investigating the initial story.

At 11:32 am, the Vanguard had received the first of three posts from a new user, mm658, who wrote, “You are not truly journalists. You operate at the whim of your advertisers… especially attorneys. You are both a fraud and a disgrace to the art of journalism.”  The user, as of 7:30 pm the same night, deleted his or her profile.

The timeline was uncanny. At 9:30 am, Yolo Hospice was called again for comment. At 11:32 am, mm658 posted the comment, clearly referencing our investigation and Ms. Coleman. At 11:52 am, we received the email from Mr. Dresang. And at 11:56 am, the Law Offices of Mary-Alice Coleman received the telephone threat.

Both sides deny knowledge of the sender of the October 1 letter.  However, the letter contains detailed information that very few would know about.  Julianne Pinter of the firm Ford & Harrison, representing Yolo Hospice, noted that the Azure Acres matter was a public document that anyone could obtain.

However, one small clue was that the letter was cc’d to both Mary-Alice Coleman and Jennifer Hiete, also of the Ford & Harrison law firm.  Ms. Pinter told the Vanguard that Ms. Hiete is actually a contract attorney working for her in this case.

Ms. Hiete’s name does not appear on any of the filing documents.  Matthew Roberts from the Coleman law firm told the Vanguard that Hiete appeared in Yolo County to argue a discovery motion, however, no one from the public was in attendance for that appearance.

The number of people who would know about both the Azure Acres matter and the name, Jennifer Hiete, would seem to be quite small.

In their motion to amend the complaint, the plaintiffs note that, on July 10, 2015, the Vanguard published an article on the lawsuit that had been filed.

Six days later, a copy of the article was faxed to Ms. Norton’s current supervisor at another hospice with writing over the article directing the fax to her current employer.  “The fax did not have a cover sheet, nor did it have any identifying features as to the sender of the fax. However, the fax was stamped by the machine which faxed it, identifying it as being sent from a FedEx Office location in West Sacramento.”

In a deposition on November 12, 2015, Executive Director Craig Dresang was confronted with the document.  He denied under oath ever “seeing the document before.”

However, when the deposition was continued and resumed on March 10, 2016, “Confronted with the prospects of video evidence showing he was in fact the person who sent it, Dresang recanted prior sworn testimony and admitted to both creating and transmitting the document.”

So here is what we now have:

Threatening phone calls reported and traced to the phone of the significant other of the executive director of Yolo Hospice.  Then we have the posts on the Vanguard which were not traced but fit into a rather tight timeline.

Now we have the October 1 letter with highly inside information and the October 31 letter to the Vanguard.

“It is unfortunate that people in the community have decided to take the law into their own hands,” Ms. Pinter said in an email statement to the Vanguard. “Yolo Hospice shall however, continue to defend its longstanding reputation solely in the court system pursuant to judicial process, and believes that it will ultimately be vindicated through that process by a jury.”

Ms. Pinter is taking the correct stance here, but all evidence points to her clients as being the source of this.  This may or may not have bearing over whether Ms. Norton and Ms. Berge were rightly or wrongly terminated, but it certainly reeks of unprofessionalism.

We urge the board of Yolo Hospice to investigate this matter separately and put a stop to these threats and secretive communications, if it indeed turns out that Mr. Dresang, his partner, or other top stakeholders at Yolo Hospice are responsible.

11 thoughts on “Commentary: A Pattern of Harassment in the Yolo Hospice Case”