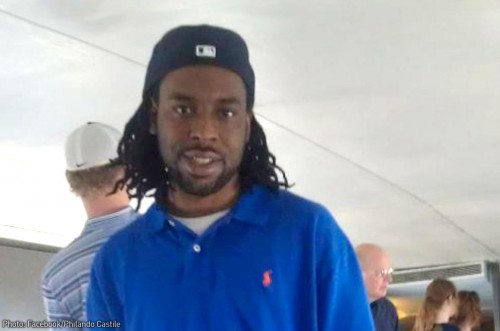 Once again a prosecutor is attempting to criminally charge a police officer for the killing of a black man.  In this case, it is the shooting of Philando Castile – Officer Jeronimo Yanez was charged on Wednesday with second-degree manslaughter and accused of “escalating a mundane roadside exchange into a needlessly violent episode.”

The case that occurred during a traffic stop on July 6 quickly escalated when Officer Yanez allegedly “overreacted to the presence of Mr. Castile’s lawfully carried gun and shot him despite pleas that he was not reaching for the weapon.”

“No reasonable officer — knowing, seeing and hearing what Officer Yanez did at the time — would have used deadly force under these circumstances,” Ramsey County Attorney John J. Choi said.

According to the prosecutor, Mr. Castile, a 32-year-old cafeteria worker, was driving with his girlfriend and her daughter.  The officer, in spotting Mr. Castile, believed he matched the description of a suspect in a nearby robbery a few days before.

Officer Yanez radioed in that Mr. Castile’s “wide-set nose” seemed to match the surveillance video from that case, and that his car also had a broken taillight.

However, the New York Times reports that “when Officer Yanez pulled Mr. Castile over in the tiny suburb of Falcon Heights, the conversation described by prosecutors started out as ordinary, with no mention of the robbery and no discussion of the smell of marijuana that Officer Yanez would later recount to investigators.”

The prosecutor confirmed on Wednesday that “Mr. Castile was not a suspect in the armed robbery case.”

The Times continues, “Mr. Castile, who had been pulled over dozens of times before, seemed to know the routine: He kept his seatbelt fastened, greeted Officer Yanez and handed over his insurance card, according to prosecutors’ version of events.”

Mr. Castile then alerted the officer that he had a permit to carry a pistol – “Sir, I have to tell you that I do have a firearm on me.”

Officer Yanez warned him, “Don’t pull it out.”

Mr. Castile and his girlfriend assured him he was not grabbing the gun, but Officer Yanez fired seven rounds, killing Mr. Castile just 62 seconds after the traffic stop.  Mr. Castile moaned and said, “I wasn’t reaching for it.”

“His dying words were in protest that he wasn’t reaching for his gun,” Mr. Choi said.

The Times reports, “Officer Yanez would later tell investigators that he feared for his life and that he believed Mr. Castile was trying to grab a gun. But Mr. Choi, the prosecutor, suggested a different narrative. He said that Mr. Castile had gone beyond what the law required in alerting Officer Yanez to his gun, and that he had never drawn the weapon. Paramedics eventually found the weapon, a .40-caliber semiautomatic handgun, in the pocket of his shorts as they were positioning him on a backboard. There was no round in the chamber.”

Mr. Yanez could face up to 10 years in prison if convicted on the manslaughter count, and up to five years for each of the weapons charges.

An attorney representing the officer said in the days following the shooting that his client was merely “reacting to the presence of a gun” and that Mr. Castile had not followed the officer’s commands.

The police union issued a statement that “it’s important to remember that Officer Yanez is innocent of these charges until proven guilty” and that “nobody is served by a rush to judgment.”

The Innocent Are Pleading Guilty

It is a stunning figure – last year there were 157 exonerations, and in 68 of them, the defendant pleaded guilty to the charges, according to an Associated Press story.

The AP writes, “Critics say the numbers reflect an overwhelmed criminal justice system with public defenders who have more cases than they can handle and expedience on the part of court officials, who can save the government money with plea bargains compared with costly trials.”

“Our criminal justice system has lost its way,” said David O. Markus, a prominent Miami defense attorney. “For a long time, it was our country’s crown jewel, built on the principle that it was better that 10 guilty go free than one innocent be wrongfully convicted. Now sadly, the system accepts and even encourages innocent people to plead guilty.”

Last year, 97 percent of criminal defendants sentenced in federal court pleaded guilty, compared to about 85 percent more than 30 years ago, according to data collected by the Administrative Office of the U.S. Courts. The increase in guilty pleas has been a gradual rise over the last three decades.

State courts have a similar rate, although there is no statistic available for all state courts.

“When the penalties are so high, no one wants to take the risk of going to trial because if you lose, you’re going to go away for a long, long time,” said Jed Rakoff, a federal judge in New York.

The AP notes, “No one knows exactly how many innocent people are behind bars for pleading guilty. Sociologists have estimated that between 2 and 8 percent of people who plead guilty are in fact innocent, said Rakoff, who has studied the issue for years.”