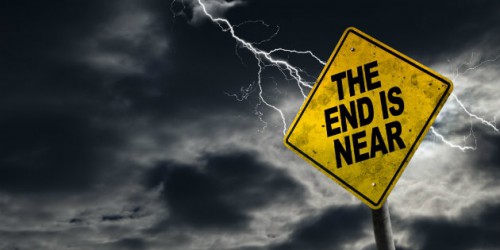 “Forms of politics are processes, not ends.”

When you’ve lived through as many presidential elections as I have, you learn to expect one or multiple candidates claim that “this is the most important election in a generation” or even in our lifetimes. Usually we consider this to be true because of the Supreme Court, but this time, the stakes seem higher because we seem to be butting up against the end of an era.

As you may have heard, the Republican party is currently being led by a vengeful egomaniac who doesn’t share the recognized values and priorities of his purported political party. He insults many potential historical or potential GOP constituencies, including veterans, Latinos, the Club for Growth, Republican members of Congress, and women. Speculation swirls around what Trump’s millions of adherents might do after the election, including break further away from Republican party, perhaps following Trump to form a nativist Alt-Right party that will oppose and pillory Paul Ryan and other traditional Republicans. And with no stable and healthy Republican opposition, some think the Democrats might also splinter apart, likewise to be divided between centrists and what might affectionately be called the activists.

All of this conjecture assumes Hillary Clinton holding on to her Electoral College lead after this past Friday’s FBI non-revelations about emails. CNN’s Jake Tapper said that the 2011 Anthony Weiner sexting scandal was like Chekhov’s gun, referring to the theatrical foreshadowing principle that anything introduced in the first act of a play, such as a loaded gun displayed above the mantelpiece, must be used by the end of the play. Now that the Weiner gun is going off, low information voters and the media are freaking out. Some political analysts have suggested that this wild and deplorable election season had grown staid and predictable in recent weeks, and that it needed an October surprise in the third act, a development that we have experienced just in time. MSNBC and Fox News advertisers are eager to ensure that the drama continues, and we keep tuning in.

Meanwhile, diverse endgames are being imagined by political partisans. Diehard Trump followers, some of them publicly espousing positions that might have been uncomfortable for them to speak out loud at this point last year, worry about a Clinton presidency that is beset by corruption, and, our borders overrun, worry that our newly unsafe America will be beset by the wrong kind of people. Some plan to take up muskets.

For their part, Clinton partisans and poll-watchers have recently renewed their realistic concerns about a Trump victory next Tuesday. Aghast and fretful, they must now worry anew that Trump would lead the country into ballooning deficits, accelerating income inequality, diminished rights and freedoms for people of color and people of non-Christian faiths, escalating misogyny, and the enmity of our former international allies (among many other concerns). Although their political perspectives differ, a great variety of Americans with dystopian sensibilities are imagining how they might react to the “end” times that are predicted for our country, starting Wednesday the 9th.

Dr. Andy Jones is a Continuing Lecturer with The University Writing Program and The Poet Laureate of Davis

Share:
Previous : Closing Arguments in Dorsey Trial
Next : Analysis: Will the Council Approve Both Hotels?