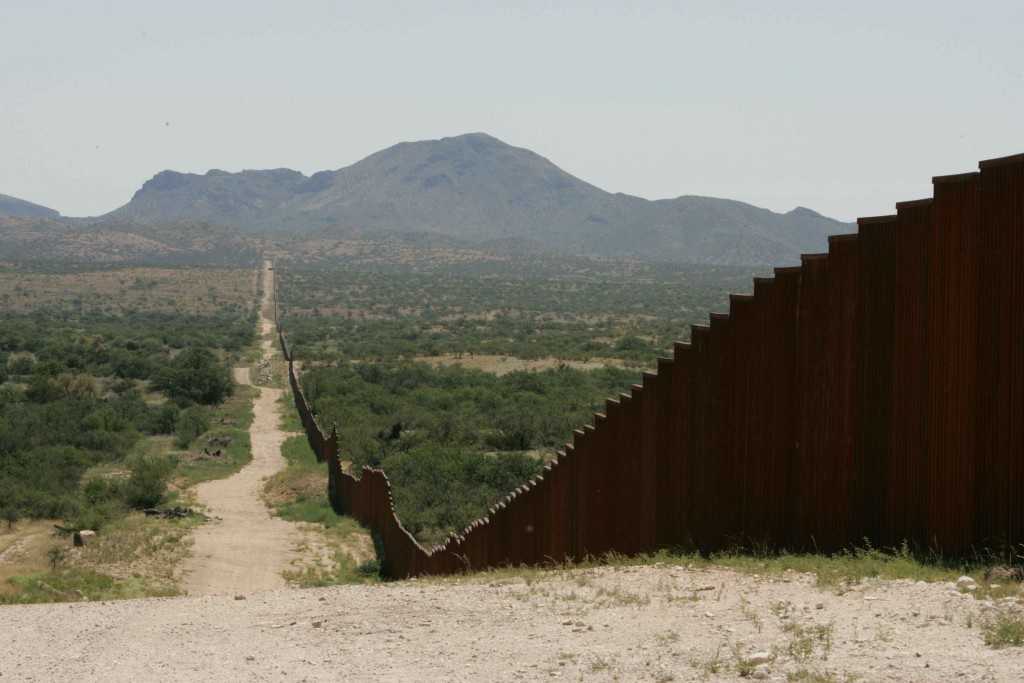 This week has been like nothing we have seen before.  The victory of Trump has impacted many people in profound ways, but the most remarkable part of it has been the fear in populations that were singled out by Trump during his election.

As I noted earlier, there are Latinos who have simply left, while others are thinking about leaving and still others have gone into virtual hiding, afraid of possible deportation and that mobs may be less than discerning between legal and illegal immigrants.  In Redding, a teenager handed out fake deportation notices to students of varying ethnicities a day after the election.

“The students involved are all friends and the act was meant as a joke,” though Shasta High School in Redding isn’t viewing it that way, Principal Leo Perez said in a message to parents, per the Record Searchlight.

One of the questions as we go forward – who are the vulnerable populations and what is likely to occur?

Trump has already raised some red flags when he announced earlier this week that former Ohio Secretary of State Ken Blackwell would be heading his domestic transition team.  Mr. Blackwell has compared LGBT people to animals and is a senior fellow at the Family Research Council – which has a strong anti-gay agenda.

It is also worth noting that it was then-Governor Mike Pence of Indiana who signed the state’s Religious Freedom Restoration Act (RFRA) into law.  That law gave greater protections to businesses that chose to discriminate against the LGBT community due to religious beliefs.

In 2000, Mike Pence stated, “Congress should oppose any effort to recognize homosexuals  as a ‘discreet  and insular minority’ entitled to the protection of anti-discrimination laws similar to those extended to women and ethnic minorities.”

There were huge pushbacks in Indiana against the law, but the law remains.  The pushback in Indiana temporarily stalled other states from doing the same.   Meanwhile, North Carolina and Mississippi had similar backlashes.

The question is, what is the plan for the Trump administration and how vulnerable is the LGBT population?  The LGBT population is more affluent than other minority communities, and they won a lot of huge victories, particularly on the marriage equality front.

The  New York Times reported right after the election, “The election of Donald J. Trump to the presidency sent panic through much of the lesbian, gay, bisexual and transgender community, which for the first time in eight years will face an administration hostile to its civil rights goals and a president-elect who has expressed a desire to reverse many of its political gains.”

And, while Trump has some record of personal tolerance, the Republican platform has been called “the most anti-L.G.B.T. platform in recent memory.”  Among other things, it calls for “opposition to same-sex marriage, support for state laws limiting which public bathroom transgender people can use, and support for a parent’s right to subject gay and transgender children to ‘conversion therapy’ to change their sexual orientation or gender identity.”

The big question is, does Donald  Trump want to ban all Muslims from entering the country?  His website calls for “a total and complete shutdown of Muslims entering the United States.”

Mike Pence said in an October appearance that “he was no longer calling for a ban on Muslims.”  But the Trump campaign “denied Pence’s claim that Trump had changed his stance.”

When asked to clarify their position, they issued a statement that said Trump planned on  “temporarily suspending immigration from countries with a history of exporting terrorism until proven vetting methods can be established and, in general, we are tightening screening standards including examining whether candidates for entry harbor any hostility to the United States, its people, or its values — something that is not currently done.”

The Muslim population as a whole is one of the more vulnerable minority groups in the country.   A high profile incident occurred this week where a Muslim woman was allegedly forced to remove her Islamic head scarf, or hijab.  A man threatened to set the Muslim woman on fire with a lighter near the University of Michigan campus in Ann Arbor unless she took off her hijab.

According to CAIR (Council on American-Islamic Relations), “That alleged attack is just the latest anti-Muslim incident reported since the election of Donald Trump as president.”

They released documents of at least nine incidents this week, which range from threats to physical attacks, harassment, and racial slurs.  These each occurred in separate states.

In Columbus, Ohio, for instance, a “Muslim woman who wears an Islamic head scarf (hijab), was in her car with her children and elderly parents when they were threatened and abused by a man when she stopped at a traffic light.

“A man allegedly approached the car at the traffic light and started banging on the window. He then reportedly started shouting abuse and obscenities at the Muslim woman driver. He allegedly told her, ‘C**t, you don’t belong in this country,’ ‘Go back to your f**king country,’ among other obscenities. The man also allegedly took pictures of the children in the car.”

Officials for CAIR stated, “We are alarmed by the nationwide rise in anti-Muslim hate crimes.”

In Georgia, a high school teacher said she was left a note in class Friday telling her that her Muslim headscarf “isn’t allowed anymore.”

“Why don’t you tie it around your neck & hang yourself with it…,” the note said, and was signed “America!”

He has since called for a “deportation force” to deport 11 million undocumented immigrants from the country.  And, of course, he wants to build a wall and make Mexico pay for it.

While mass deportation is unlikely, given it “would upend parts of the economy, particularly in the agricultural sector, while dividing families and costing the government billions of dollars at a time of constrained finances. The wall would make a political statement but would do little to stop a major portion of new arrivals — those seeking asylum and overstaying their visas. It would also face enormous obstacles in being built, experts say, including environment and engineering problems and the huge topographical challenges of the border itself.”

That said, it is more likely that the president could scale back current efforts to “shield millions of immigrants from deportation,” and change the priorities of the Department of Homeland Security.

The Washington Post writes, “Trump initially indicated that any undocumented immigrant was vulnerable to deportation and then said that he would first target those with criminal records.”

The Post also notes, “Trump has said his deportations will be carried out in a ‘very humane’ way, but he has also spoken admiringly of the United States’ 1954 operation, authorized by Dwight Eisenhower, in which hundreds of thousands were rounded up and taken back to Mexico in overcrowded and sometimes-deadly trips.”

“I know it doesn’t sound nice, but not everything is nice,” Mr. Trump said.

Still, withholding funds could cost the city $1 billion a year.  As a sanctuary city, cooperation is limited between law enforcement in San Francisco and federal authorities.

Other cities, like New York and Los Angeles, do not hold undocumented inmates in jail at the request of the U.S. Department of Immigration and Customs Enforcement unless the detainer request is accompanied by a judge’s order.  The mayors in Los Angeles and New York said this week they would remain sanctuary cities as well.

Davis has a similar law on its books.

Of the three groups, Muslims are probably most vulnerable.  The war on terror and repeated terrorist attacks have left the group without the institutional support that either the LGBT community or the Latino community have. The anti-Islamic sentiment and continued wars with ISIS have taken a huge toll on that community already.

A big lingering question is how much of Trump’s campaign statements he intends to implement.  Will he take a path of least resistance or will he attempt to ram through legislation in the face of protests and pushback?  Those are key questions that remain.

111 thoughts on “Sunday Commentary: Which Populations Are Most Vulnerable under New Regime?”