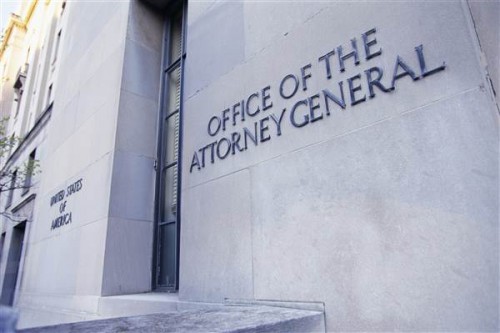 Donald Trump just picked Sen. Jeff Sessions, Republican of Alabama, to be his nominee for the next Attorney General of the United States. That’s unsettling news for anyone who cares about civil rights in America.

For the last eight years, we had a Justice Department that stood up for the Constitution. Eric Holder and Loretta Lynch defended the right to vote and worked to reform our broken criminal justice system.

Sessions and Trump, harnessing a campaign that gave voice to a toxic mix of racism, misogyny and xenophobia, will try to undo that progress.

Start with Sessions himself. In 1986, a conservative U.S. Senate blocked his nomination for a federal judgeship due to his racist actions and words. According to testimony at the time, Sessions had agreed that a prominent white attorney defending African-American clients was “a disgrace to his race.” A black prosecutor said Sessions called him “boy.”

He is also the country’s most anti-immigrant senator, and we’re not only talking here about aggressive deportation of undocumented immigrants. He even opposes many forms of legal immigration. Emma Lazarus, he’s not.

Out of the 320 million people in the United States, it’s hard to find a more alarming choice.

Why does it matter? The Justice Department is charged with defending our most fundamental right, voting. Under Obama, the department helped challenged discriminatory laws nationwide.

A Texas law was blocked for 2016, helping 608,000 people without photo ID. In North Carolina, where a court ruled cuts to early voting were targeted with “surgical precision” to exclude African Americans, the DOJ and others, stepped up.

The Supreme Court curbed the department’s powers in 2013 when it gutted the core of the Voting Rights Act. Sessions has called that landmark law a “piece of intrusive legislation.”

This means the department might unilaterally disarm. If so, will they switch sides and back vote suppressors instead of voters?

Trump also said the elections were “rigged” due to “voter fraud.” Even ardent Republican officials said no, there was no massive fraud. Now Sessions can put those paranoid declarations into action.

Less known, but equally vital, is the attorney general’s approach to criminal justice.

Prosecutors must uphold the law and ensure safety. Holder and Lynch did so, lowering crime while making our system more efficient.

Their smart crime program moved away from automatically harsh punishment for low-level crimes. They understood that drug treatment often works better than incarceration. They knew that in some places like New York, incarceration rates and violent crime fell in tandem.

There was encouraging bipartisan movement on criminal justice reform in 2016. Everyone from Paul Ryan and the Koch brothers to Cory Booker and the Brennan Center fought for change. But Sessions was one of a handful of senators who torpedoed a GOP-backed bill to reduce strict sentencing laws.

Finally, many other worries lurk in the details.

The executive has much potential power to abuse civil liberties. These have expanded in recent years, even under Obama.

Will Sessions’ Justice Department restrain the FBI from violating rights? Will it defend LGBT rights, as Lynch did in North Carolina? Will it crack down on the concentration of monopoly power, an issue so many Trump supporters railed against this election season?

This a real test for Congress.

When considered for a judgeship in the age of Reagan, Sessions was deemed too extreme. Will the Senate allow him to glide to confirmation now? Or will it uphold checks and balances and ask the tough questions? The GOP controls the Senate by only two votes. Will any stand up against this extreme choice?

Will the honorable, career professionals who carry over from one administration to another follow the law, despite the whims of new, extreme political supervisors?

For all who care about the rule of law, this fight — the fight for the heart of our Constitution — has only just begun.

Share:
Tags:Civil RightsDOJJeff Sessions
Previous : Lovenburg Recognized by Board, Community
Next : Commentary: A New Hope on the World Food Center?

47 thoughts on “The Trouble with Jeff Sessions as Attorney General”