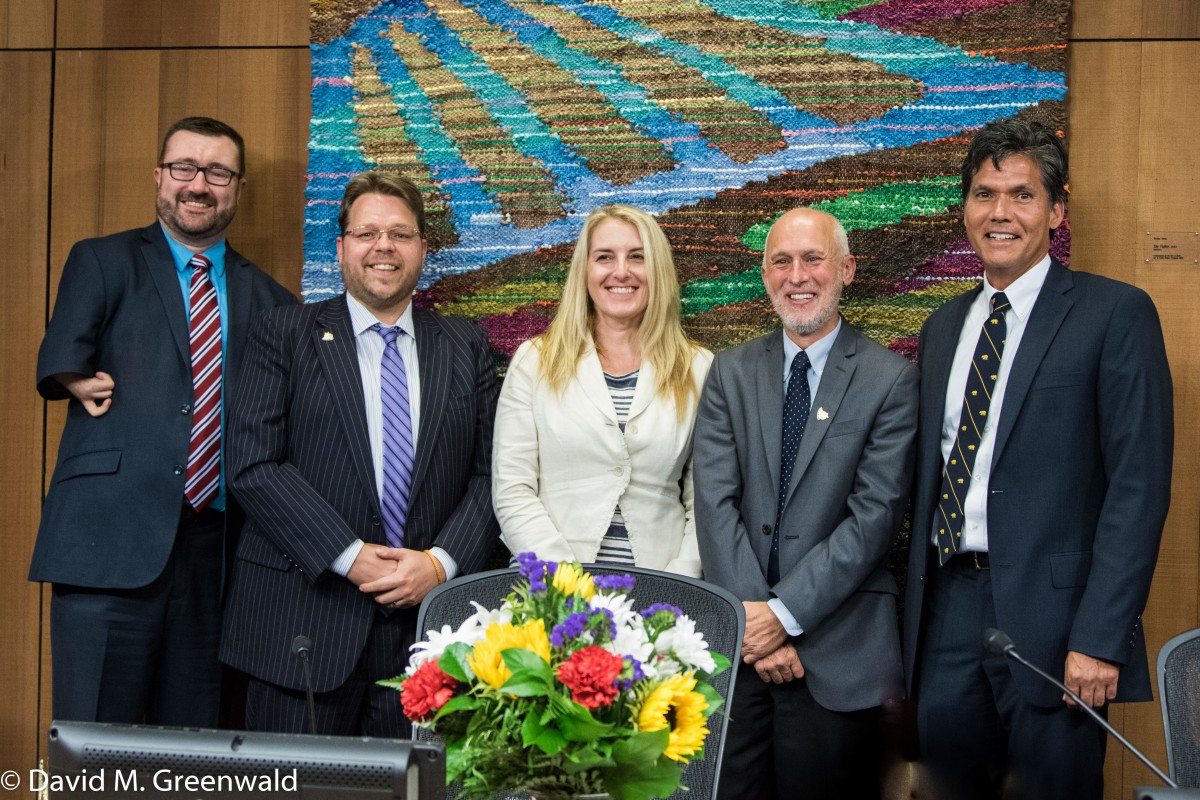 That has largely changed in the last six years.  The council is comprised of five decent, well-meaning individuals – agree or disagree on the issues, it is difficult to personally dislike any of them.

But each of the people I spoke to agreed, in their own way, that there is a leadership problem right now.  The mayor deserves credit for trying to engage the public, he has been out front on issues like the budget and the impending crunch as unmet needs meet unfunded liabilities, and the document that the city produced in response to the LRDP was solid – but perhaps a few months too late to make a greater difference.

In 2010, Rochelle Swanson and Joe Krovoza were elected to the city council.  There was a clear mandate and a clear need for immediate action to halt the budgetary bleeding, to get compensation back in line with a city the size and scope of Davis – and therefore, in a lot of ways, through urgency of crisis there was a clear need to act and act quickly.

Still, it really took into 2012 and 2013 before the council and city manager were really able to act and get the budget into a manageable position.

Since the spring of 2014, we have really seen a leadership void, and it comes at a time when things are actually just as bad – if not worse – than they were in 2010.

The city’s budget on paper looks on solid ground, but drill down and there are problems.  Unmet infrastructure needs are already bleeding into the general fund and they figure to only get worse in the coming years.

Problems with the funding for the pension system were never fixed in the last six years, and have only become more pressing.

Other than Mayor Davis, no one on council is talking about this and, other than working on the margins – such as the expansion of TOT (transient occupancy tax) and the addition of hotels – the council has not really addressed the meat and potatoes.

Back in 2014, the Vanguard hammered on the city to get out in front of these issues.  We argued that the council needed to make the case for fiscal resiliency.  Instead, buoyed by the false hope of an improving economy and immediate cash flow improvements, the council failed to act twice on more substantive revenue measures.

The failure to create a sense of urgency probably contributed to the loss of Nishi and potential revenue from the 300,000 square feet of R&D space.

But the situation in the city has become dire as the prospect for a hotel conference center, always tenuous, may now be off-table – although no one seems to be able to answer that question for sure.

While the university has agreed to increase their on-campus housing up to 90 percent of new students and 40 percent of all students, that still leaves the city in a bind, needing more housing for students, in addition to other housing demographics, in a climate where the community seems unwilling to support either infill or peripheral development.

Housing projects and economic development have been bogged down in an endless cycle of neighborhood pushback and litigation that has, for all intents and purposes, paralyzed the city and efforts to remedy glaring problems of lack of student and other housing, low retail tax revenue and the need for economic development.

And yet, we are not without hope.  The efforts of Mike Hart with Sierra Energy and Mark Friedman with Fulcrum Property may at some point begin expanding the economic development base within the city – independent of efforts by the council.

A change of leadership at the university might give us other opportunities as well.

But council needs to get out in front of these issues.

The crisis and challenges we face are very real.  We have used the number $655 million over the next twenty years as a benchmark, but that might prove to be an optimistic number.  It does not include the increases to pension costs.  And it does not include the potential loss of federal money that the city relies on.

Already the city is underserved with regard to its retail tax base.  We need to figure out ways to expand our economic development.  None of that is going to happen by itself.

Change is scary, but change is happening right now in very negative ways.  We already lack the revenue to address basic infrastructure needs.  At some point we will lack the revenue to fund basic services.  Davis, as we know it, will cease if we do not act.

But there is another path that we can take and, as I have argued, the best way to preserve the Davis that we all love is to find a way to move forward with a strategy that preserves the core values that we love in this community while allowing for small amounts of change to save those very things we need to be able to fund – parks, greenbelts, bike paths, roads, basic services.

But that is going to take leadership from this council and action starting today.  Can we do that?  Can the council step up?  And will the community let them?  That all remains to be seen.

55 thoughts on “Commentary: Where is the Leadership on Council?”