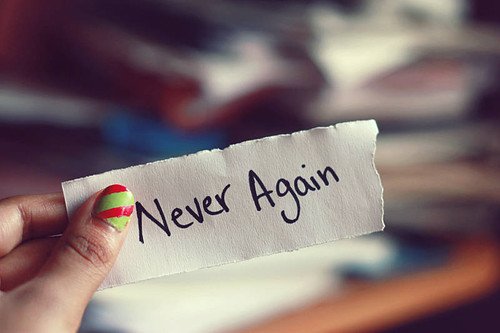 While I was born nearly 30 years after the Holocaust, I think every American Jew has to grapple with heavy existential questions.  For me the moment hit when I studied the Holocaust in Israel in high school back in 1990 and the moment came when I realized that the Jews had really been abandoned by the world.

That moment of realization would turn me into an activist.  You see, to me what made the Holocaust possible was not Hitler himself, but the refusal of people – ordinary people and good people – to stand up and say no.

That moment of realization is a moment of despair because you recognize that, in a modern advanced state, ultimate human crisis can arise and you realize that there is no protection.

But at the same time, there is the “never again” moment, when you realize that it is your charge in life to speak out against the inhumanity of your times.

For me that moment came back in 2006.  I have told this story so many times.  I was appalled listening to councilmembers, in what I presumed to be liberal Davis, utterly dismiss the need for police oversight.  I was more appalled to see those leaders, in this community, turn against those who would look out for those who had no voice.

My wife was one of those people, perhaps the most prominent of them.  But she was not alone.  For six months we lived a life under fire – followed by police cars, threatened by phone calls, told to move to South Africa in a letter to the editor in the Davis Enterprise that to this day still burns me with indignation.

Over what?  The simple call to establish a civilian review board to oversee complaints of police misconduct.

The police chief would resign.  The Human Relations Commission and my wife would be publicly blamed.  The council would shut down the HRC and, once again, I felt powerless to do anything about it.  So I created the Vanguard in response, to speak out for those who have no voice.

I don’t know that I have actual words to describe the combined feeling of vulnerability and powerlessness.  That was my never again moment.

If we shut down freedom of speech, the very people who get hurt are the most vulnerable in society.  There are a whole host of other reasons I gave on Sunday for not shutting down Milo Yiannopoulos’ talk, but I think this is the most core.

I have a lot of respect for the students at UC Davis who oppose Mr. Yiannopoulos with every core of their being, but I think stifling his ability to speak ends up doing more harm than good.  His message is out there, whether we like it or not, and I would rather have the ability to confront it in the open rather than driving it to the dark corners of the internet.

But not everyone agrees with my opinion – that’s fine.  That’s what a democracy and a pluralistic society is all about.  Let’s discuss our disagreements.

Here’s what a few people had to say:

“Just gonna throw it out there- David, perhaps there is something about your positionality as a white man unaffiliated with the campus that leads you to feel more comfortable with Milo’s presence than others… For some of us his hate speech has real impacts, it isn’t just words.”

I agree.  His speech has real impacts, it is not just words.  We see that in the most recent election.  But I don’t think stopping him from speaking is going to fix that problem.

Here’s the thing, we have made a mistake of turning white privilege into a pejorative rather than an obligation.  If I am in a less vulnerable position than other people – and I certainly am – then that means I have an obligation to speak out against it.

We need to fight this together, but we can’t do this by stifling speech, because when they stifle us when we speak, there too will be no one to stand up against it.

I am fully aware of my obligation here.  This fall, this idea was driven home to me as I witnessed the arrests of four youths in West Sacramento.  A family member told me that they were glad I was reporting it, because, as a white man, people would be more likely to listen to me.

At the same time, I was reminded this year once again, that I have family who are in more vulnerable positions than I am.  Relatives of mine have come to Davis and been followed by the police.  My kids go to school with children, scared to death that their relatives will be deported, and some have apparently packed up.

And I have been on the receiving end of this stuff too – when they go after your wife and family, they are going after you.  And in some cases, it is worse than them going after you, because you have an obligation to protect your family.

As a poster responded, “Your mixed race family doesn’t shield you from criticism related to your identity as a white male. It’s pretty offensive for you to use them for that purpose and to imply that you speak for and to all of their experiences. I guess it’s pretty indicative, once again, of your lack of awareness of your privilege, for the white male head of a mixed race family to think that his opinions speak for all of them. If your children are harmed by Milo’s and other hate speech, it’s not your place to say that they should be subject to that harm for the sake of protecting speech that doesn’t harm you as a white man. You’re still white, even if your family isn’t. Duh.”

Wow.  I didn’t respond to that post.  It was too offensive.  But I need to now.

First of all, consider “criticism related to your identity as a white male.”  I really have no words.  Like I said, I believe that white privilege should be an obligation, not an epithet.

Second, “It’s pretty offensive for you to use them for that purpose and to imply that you speak for and to all of their experiences.”  I do not speak for anyone other than myself, but I do believe that I have an obligation to speak on behalf of those who have no voice and I am willing to stand on my record – for better and for worse.

Third, “I guess it’s pretty indicative, once again, of your lack of awareness of your privilege, for the white male head of a mixed race family to think that his opinions speak for all of them.”  Again, I think I addressed this point.

Finally, I want to address this point: “If your children are harmed by Milo’s and other hate speech, it’s not your place to say that they should be subject to that harm for the sake of protecting speech that doesn’t harm you as a white man. You’re still white, even if your family isn’t.”

I have never said that anyone should be subjected to the harm of Milo’s hate speech or anyone else’s.  What I have said is that the solution to that speech is to confront it rather than stifle it.  There is a big difference between allowing someone to speak because you believe that it is their right and allowing someone to harm others.

However, I believe the bigger harm is to suppress that speech, force it into dark corners of the internet, rather than drag it into the open where we can all confront it.

Last week, I attended the district attorney’s press conference and there was one moment that really rang true for me.  Carlos Matos, a former Chair of the Human Relations Commission, noted that this is a time when “we all stand together and we all speak with one voice.”

He said, “So whatever that hate letter was trying to do – what it has done for us is it united everybody.”

That’s the answer.  If Milo speaks hatred, then we need to, in the words of Mayor Davis: “Condemn them? Yes.  Reject them? Yes.  But is that enough?”

He said, “Someone has written of human speech (written or spoken): No one can tame the tongue (the word) – a restless evil, full of deadly poison. We use words to bless and we use words to curse. From the same place comes blessings and curses.”

That’s how we win this – together and united against those who would divide us.